Police and fire were called to 560 Main Street at noon for a suspicious incident which included reports of an explosion in an apartment on the 6th floor. 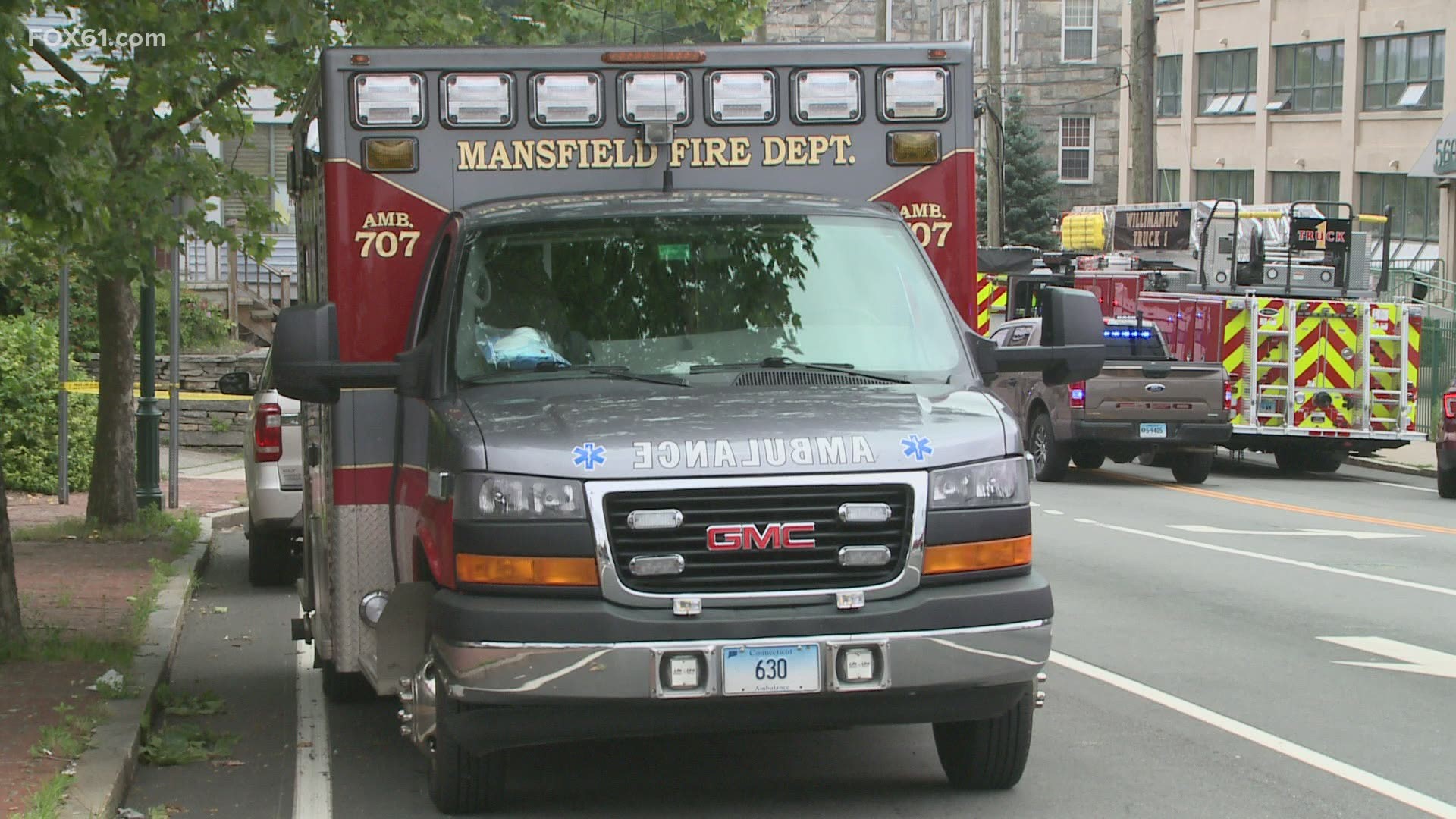 WINDHAM, Conn. — Emergency crews were on the scene of a suspicious incident that forced the evacuation of an apartment building around noon.

Police and fire were called to 560 Main Street at noon for a suspicious incident which included reports of an explosion in an apartment on the 6th floor. The fire was under control.

"We opened the door and smoke just came completely in, all of it, just came right into the hallway. Almost like a fog. And it was just, it was scary, and I had to grab my daughter and cover her mouth and her face and just run out of there," said Hector Rodriguez, a resident of the building.

DEEP spokesperson Will Healey said the fire involved a one-pot methamphetamine lab. Police say they have identified a suspect.

Healey added that two units in the building "remain unfit for occupancy per order from the local health department.

The hazardous materials and chemicals were removed from the scene and the rest of the residents went back inside the building. No injuries were reported.

"Just that close to home... that's the crazy scary thing. I'm just glad that it didn't exceed past his front door and he's safe and everyone else in the building is safe as well," said Serena Sanchez a resident of the building.

Main Street was blocked for several hours but has since reopened. Several law enforcement agencies including the Drug Enforcement Administration were on the scene.

A very large police and fire presence in Willimantic for a hazmat situation. Police say they are investigating it has a “suspicious incident” and a suspect has been identified. More info in a live report at 4&5 @FOX61News pic.twitter.com/yfdvYiv9KM