NEWINGTON – The Connecticut Swat Challenge celebrated its 15th year of competition and classroom work during the warm days of mid-August. Close to three dozen S... 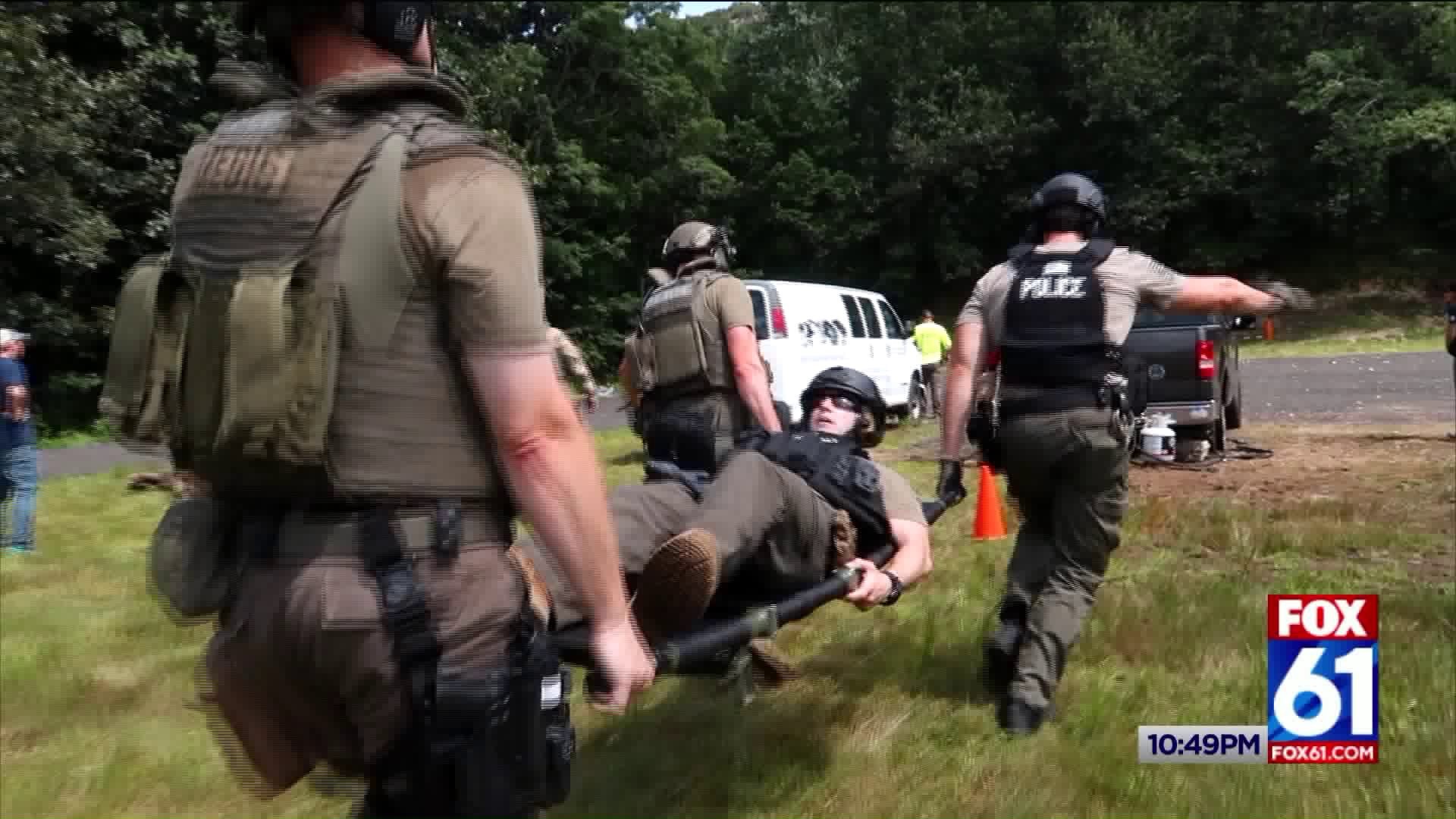 NEWINGTON – The Connecticut Swat Challenge celebrated its 15th year of competition and classroom work during the warm days of mid-August.

Close to three dozen SWAT teams from across the country descended on Central Connecticut to learn more from top experts in the first response business. For the past two years, organizers of the event have made it their mission to focus on what’s called TECC, Tactical Emergency Casualty Care.

Adapted from the military, the first responders are now side-by-side with doctors and paramedics to learn how to bring the best care into the worst situations.

Ben Sonstrom, who runs Storm Training and Consulting, a first responders training enterprise is also the organizer of the event called “Tactical Rescue Challenge” which is geared to bring police and doctors together during critical incidents.

"Law enforcement, firefighters, public safety responders, everyone needs to be prepared to handle any situation we see,” Sonstrom said.

An added twist for 2019 edition of the SWAT Challenge, K-9 mannequins were implemented this year for the high stress training. Captain Jeremy Clark, the founder of the SWAT Challenge and a West Hartford officer said, “dogs work hand and foot with us in the police world so now we can help dogs.”

"At some point sooner or later this (training) will save K-9’s across the country,” said Clark.

At an abandoned hospital in Newington as the training ground, with teams running through smoke-filled halls, flash bangs clanging, and sirens screaming, Captain Clark added, “this isn’t about the militarization of the police departments, it’s about medical care, it’s about saving people that wouldn’t otherwise be saved.”

To find out more about the Connecticut SWAT Challenge click here.