AVON — Talcott Mountain Academy in Avon took the trophy in Connecticut as winners of the Regional Middle School Science Bowl recently. It is their second ... 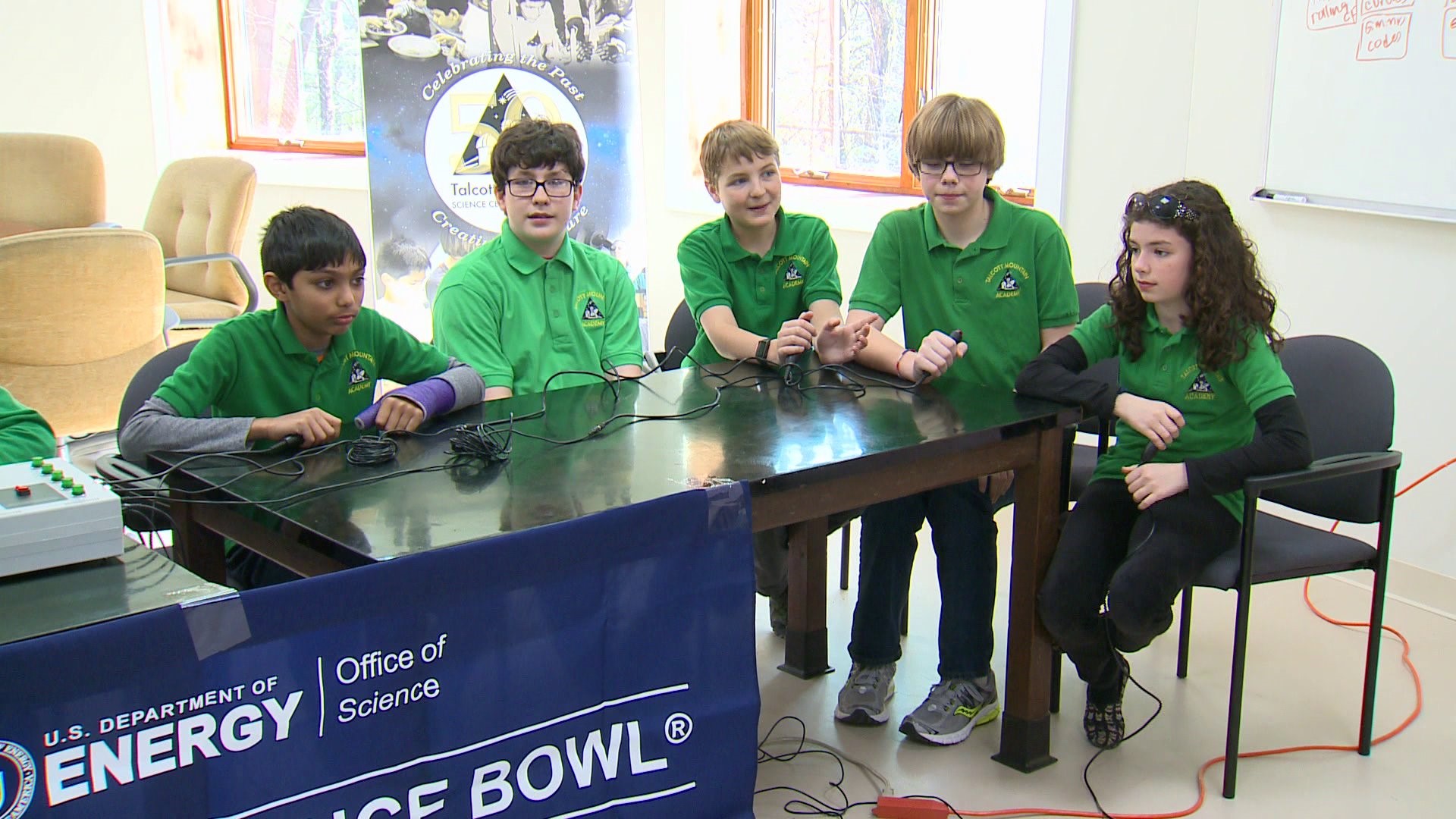 AVON -- Talcott Mountain Academy in Avon took the trophy in Connecticut as winners of the Regional Middle School Science Bowl recently. It is their second Connecticut title in a row, and the focus now is on the National Championship.

It's a sport using brainpower! Here’s how it works: There are teams of 4, with each player holding a remote with a buzzer. A multiple choice question is asked, and then any team has seven seconds to buzz in. The actual competition is very fast-paced.

These students must work as a team to figure out any question, but some of them know their strengths.

Every team has coaches, and Talcott Mountain has two of them that volunteer their time. Kevin Doyle and Carolyn Hoffman led practices once a week for two hours after school, diving right into complex science and math after quick pizza break, of course.

“The overall goal is to show these kids and remind them that science is fun!” said Hoffman.

The team will be competing in Washington DC at the US Department of Energy Science Bowl 2017, which is from April 27-May 1. We wish them the best of luck - your state is proud of all of you!