A proposed state law would offer workers' compensation for first responders dealing with PTSD and other mental trauma. Tampa City Council made a bold statement on its position on the bill. 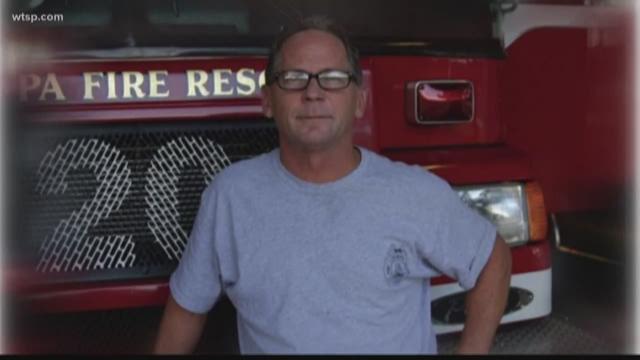 TAMPA, Fla -- A proposed state law would offer workers' compensation for first responders dealing with PTSD and other mental trauma.

It's a story 10News has been following since a local family shared their tragedy.

Tampa Mayor Bob Buckhorn has remained neutral on the bill, but just last week Tampa City Council made a bold statement on its position.

Councilman Luis Viera filed a motion to support the proposed state law and it passed unanimously. Senate Bill 376 would make first responders dealing with PTSD and other mental stress eligible for workers compensation.

"These are men and women who go through substantial trauma day in and day out on the job. They see the kinds of things that we wouldn't even think exist and they have to take that home with them. Just because there isn't a physical injury doesn't mean that they're not injured," said Councilman Viera.

Viera talked to Megan Vila, a Tampa woman on a mission to pass this law. Megan's brother, Stephen LaDue killed himself in September. Megan said he was suffering from PTSD after nearly thirty years with Tampa Fire Rescue.

While the entire city council supports the legislation, the mayor remains neutral on the bill.

Last week, a spokesperson with the Tampa mayor's office sent 10News this statement:

"At this point we have no position on the bill because we have not done a financial analysis on the potential impacts. This administration has been one of the most supportive advocates on behalf of its first responders and their needs and will weigh in at the appropriate time when the due diligence has been completed."