Black Lives Matter rally organized to make not only teachers voices heard, but to give their students a voice too. 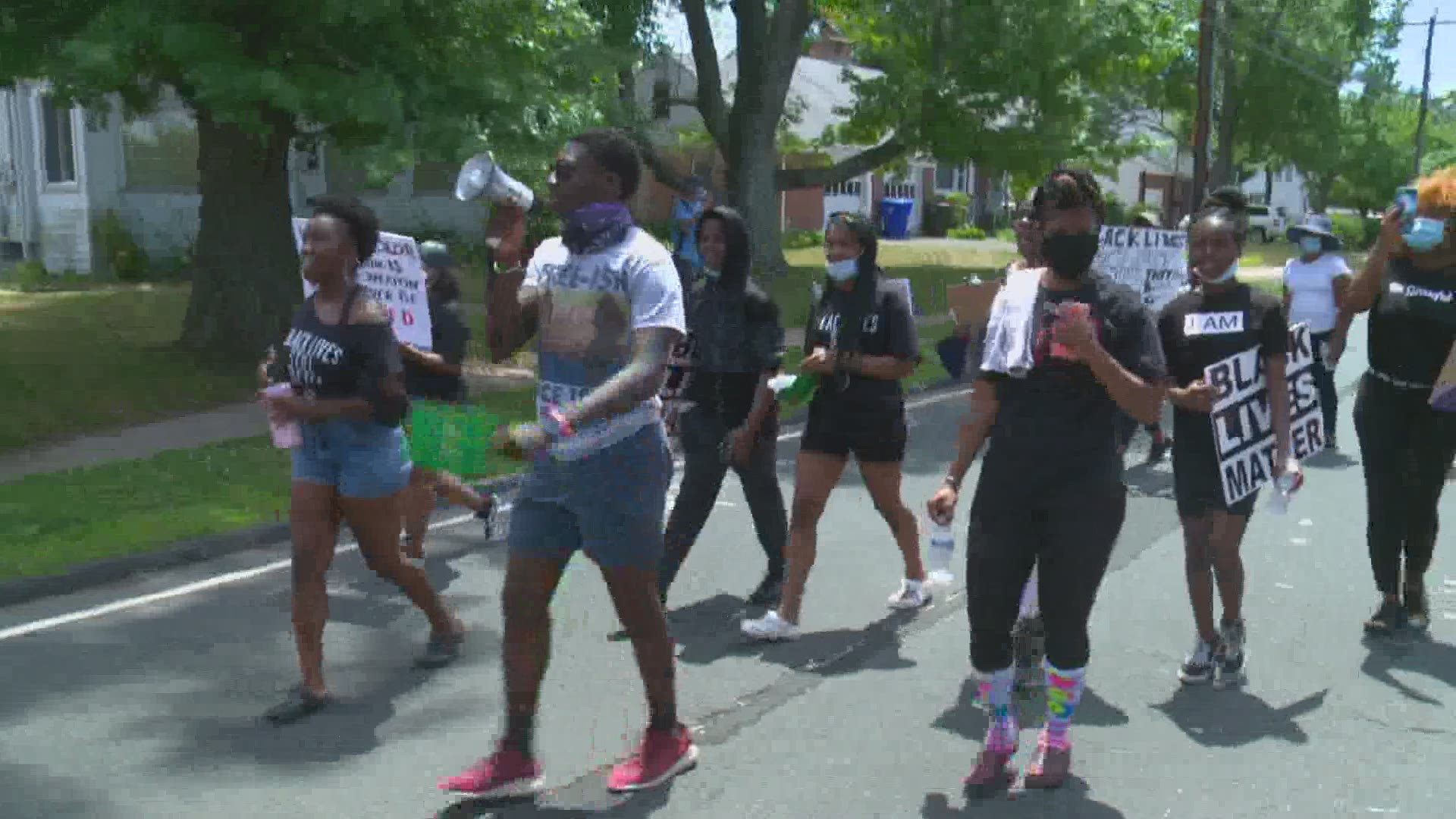 EAST HARTFORD, Conn. — Teaching by example, educators in East Hartford took to the streets Saturday to send a message to their students.

"I want them to understand that all of the teachers are here for them, that the community is here for them, that we care," said Monique Butler, an East Hartford teacher. She organized a Black Lives Matter rally, calling on others to join her in not only making their own voices heard, but giving their students a voice too.

In their calls for change, those who attended encouraged Black children in their community to be proud of who they are.

"You catch them early, you teach them early, because the hardest thing to change is the mindset, so once that sets in it’s hard to mold that," said Antwan Marshall, one of the founders of the group, Brothers with Voices.

Teachers said that some of they change they want to see can begin right in the classroom.

"Making sure that we have books that look like them, like the characters in the books, making sure we’re understanding and giving them the history that they need" said Butler. "If you don’t have it in the curriculum they’re not going to be able to actually understand where they come from," she said.

Beyond the classroom students were encouraged to make their voices heard in other ways. From coming out to march, to the voting booth.

"Then the next step will be, don’t just parade and don’t just go out there, but then contact your legislator, contact people that make decisions and say you’ve got to do something," said Jeff Leake, president of the Connecticut Education Association.

They were also encouraged to actually be the change they want to see, with the support of those who job it is to teach them.

"We’re here to say, we’re with you. Let’s make something happen," said Leake.

"There are positive brothers that are here for you. If you need someone to speak to, we’re here," said Marshall.

RELATED: FOX61 Family First: Being a role model to your teen when talking about body image