The haul to restore the hull, in Mystic work on the Charles W. Morgan begins

Monday was spent raising the Morgan out of the Mystic River, on Tuesday the work began on the ship which had not been on the docks in five years. 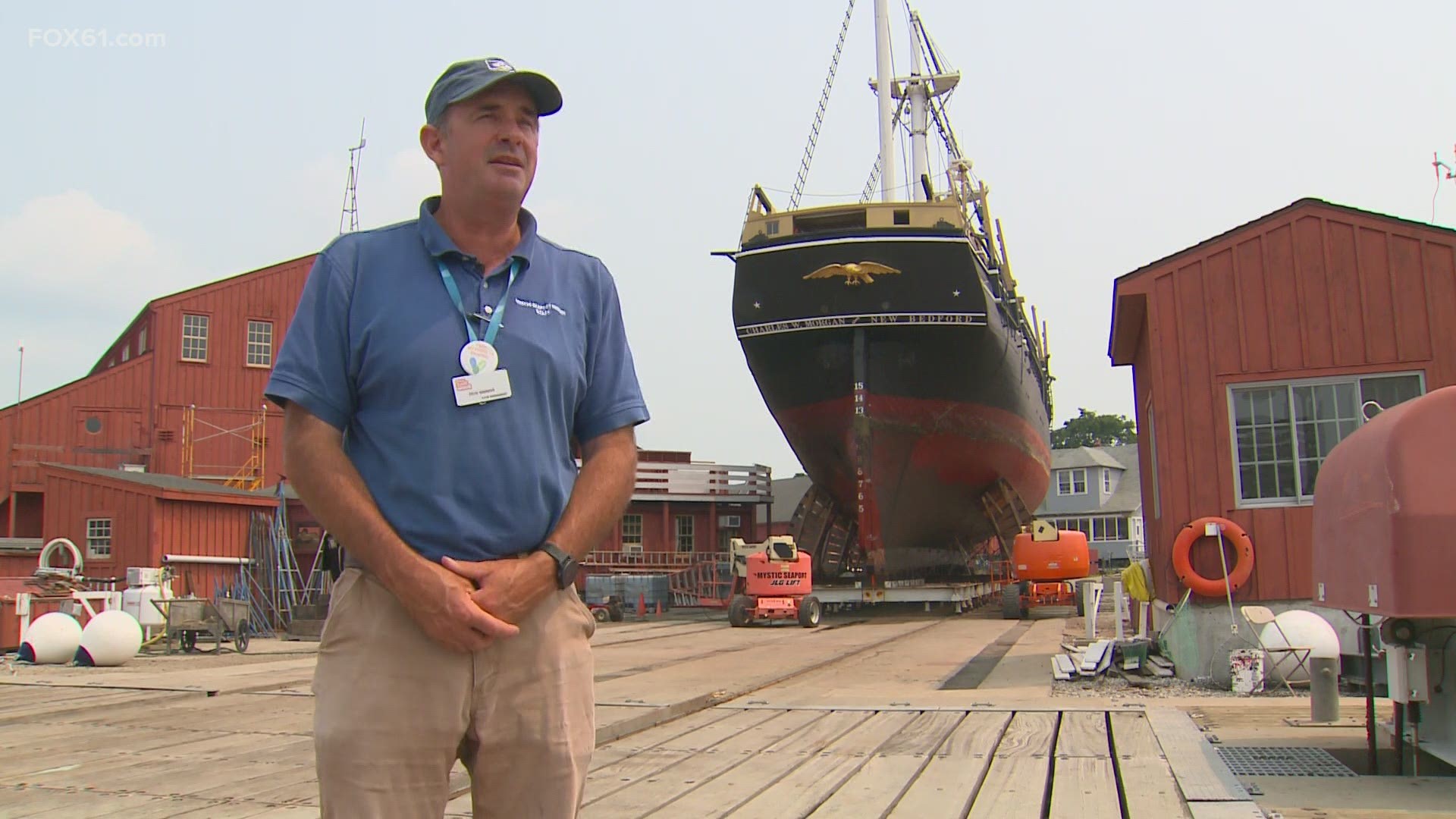 MYSTIC – The historic whaling vessel, the Charles W. Morgan turns 180 years old this week and, to recognize that milestone, crews at Mystic Seaport went to work on getting the massive ship out of the water for an overhaul.

Monday was spent raising the Morgan out of the Mystic River, on Tuesday the work began on the ship which had not been on the docks in five years.

Chris Gasiorek, the vice president of watercraft preservation and programs at Mystic Seaport said, “Just like every three thousand miles on your car you change the oil. We’ll take a look at the bottom [of the ship] and the seams and make sure everything is good for another three to five years.”

The planned restoration is set to last anywhere from four to six weeks, with work on the hull and a new paint job scheduled as two of the primary tasks for the Charles W. Morgan. Dan McFadden, the communications director at Mystic Seaport Museum said, “We’ll do any restoration that needs to be done but the main thing is to get her back in the water in the best shape we can.” Gasiorek added, “It’s just an honor to take care of something with so much history and so many feet across its deck -- sailors and visitors and such a part of Connecticut.”

Visitors are invited to watch the restoration work in progress all summer long.

Connecticut children age 18 and under plus one accompanying adult can visit Museums like Mystic Seaport free of charge through the "Connecticut Summer at the Museum program."

For more information on what museums are taking part click https://www.ctvisit.com/articles/connecticut-summer-museum-free-admission-kids?utm_source=Google&utm_medium=paid_Search&utm_campaign=SS2021&utm_content=museums_07012021&gclid=Cj0KCQjw6NmHBhD2ARIsAI3hrM0X8sd3IL4BDdvMySSJgiMv9U7JQCeBT2wcjwjtR9Rc5ko1vchh_ykaAihjEALw_wcB