When Eversource bills were surprisingly high this month we all started pointing the finger at each other. What is really behind the spike in delivery fees? 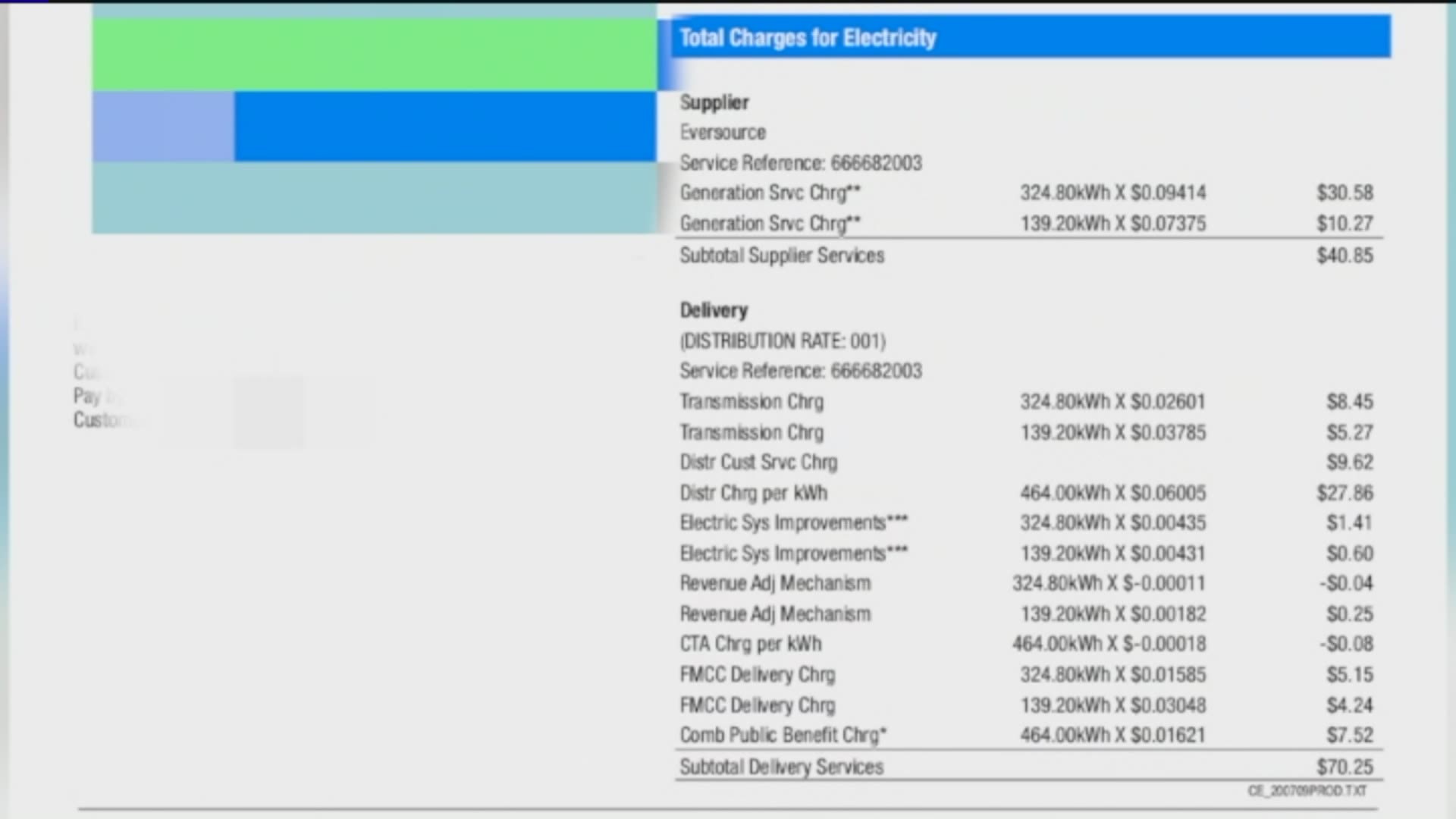 CONNECTICUT, USA — Electric bills are complex. More often than not we take a look at how much we owe and don’t give the rest much thought. When Eversource bills were surprisingly high this month we all started pointing the finger at each other. Consumers at Eversource, Eversource at Millstone, Millstone back at Eversource. What is really behind the spike in delivery fees? It may likely be COVID-19.

"It’s outrageous. It’s crazy," said Sara Lanza when she saw her Eversource bill. "I’m like oh my gosh how am I going to pay this?"

Lanza wasn't alone. Shock and awe was a common theme for Eversource consumers when they opened their July bill. This surprise had us all taking a look at the fees on our bill particularly those under the delivery charge.

The breakdown on the back of your bill of the supply and delivery charges is confusing to look at. There are a bunch of numbers calculated in kilowatts-an-hour for "delivery" line items and rates we aren’t familiar with. Those fees you pay are calculated by how much you use.

In total, Eversource delivery fees went up 3.5% in July. A majority of that came from the non-bypassable federally mandated congestion charge (NBFMCC) due in part to the Millstone Power Plant negotiated rate.

Millstone accounted for about 90% of the 6.4% increase to the NBFMCC while the rest of the 22 services and programs that make up the fee actually decreased.  You won’t find a line item that shows this but that’s not by Eversource’s choice

"We asked as a company that there be a separate line item on the bill so people could understand it but the regulators decided against that," said James Daly, the Vice President of Energy Supply at Eversource.

The common misconception about delivery fees is that Eversource profits from all of them. That isn’t true.

"The vast majority of those charges don’t go to Eversource themselves or retained by Eversource," said Daly. "They get paid out to other entities."

In fact, the charges that go directly to Eversource were cut by 4%.  After calculating all of the new fees and deductions, the average consumer should have only had a $5.58. If that is the case, what caused bills to double?

"The big change for customers’ bills was the amount of increased consumption mainly from people working from home," said Daly.

Take a closer look at the first page of your Eversource bill. Just below your name to the left is a bar graph showing your usage over the last year.  Use this viewer from Branford's bill for example. Their charges doubled for July. It's no surprise when you see their usage is double what it was in June and 7.1% higher than it was in July of 2019. This was the same case for every viewer that sent FOX61 a picture of their bill.

"That is overwhelmingly a result of a combination of hot weather and changes to the way people are living and working in the COVID era," said Ed Crowder of United Illuminating.

The fees and regulations that hit in Eversource’s bill in July have not affected UI bills yet. UI are still working with the Public Utility Regulation Authority to decide when those fees will be implemented.