The truth about concussions

HARTFORD —  According to FAIR,  a non-for profit health organization, September and October are the months where kids ages 22 and younger are most likely ... 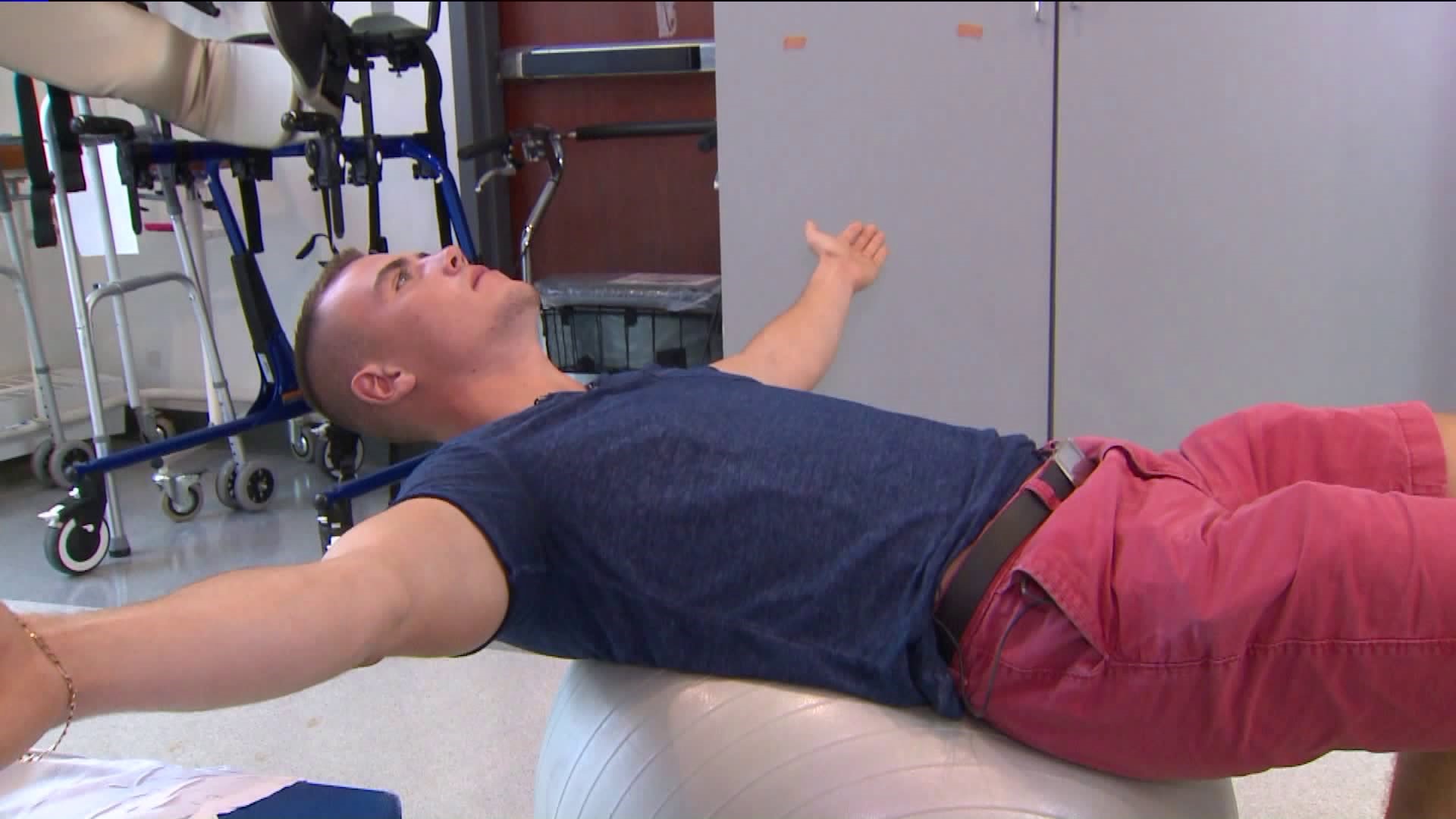 HARTFORD --  According to FAIR,  a non-for profit health organization, September and October are the months where kids ages 22 and younger are most likely to suffer a concussion.

As football season is in full swing, and October is wrapping up, concussions are a hot button topic that have caused a lot of discussion.

That is how Logan describes his recent concussion.

“He was on an adventure course and was zip lining, and kinda wound up turning backwards, and hit his head into a tree," recounts Logan's mother, Keri Matthews.

“It’s scary, and honestly we didn’t realize it was a concussion at first," says Keri. “With a concussion you kind of think you lose consciousness or it’s really bad, I mean he didn’t cry, he was ok, he had a scratch.”

"There was one bad one junior year where I was actually out of school for a month,” remembers Jankowski of his high school days in New Britain.

That was his first documented concussion but there were several others, including one that ended his college football career at Central Connecticut State University.

"I got hit again," says Jankowski. "Then all the symptoms came back that reminded me back from high school.”

It was a blast from the past, with implications for the future.

"We know that one concussion, if returning back with still residual symptoms, there is a risk for further concussions," says Dr. William Pesce, Chief of the Department of Physical Medicine and Rehab at the Hospital for Special Care. "If you have another concussion, or a repetitive concussion of repeated blows to the head, that can cause serious long-term effects.”

Jankowski realized he was no longer willing to gamble with his health.

“I figured it was maybe time to hang it up."

It's a fear Keri doesn't want realized for her ten-year old son.

“It’s just scary, it’s his brain," says Keri. “Most of his friends are you know 10-11-year-old boys, and they like to rough and tumble and he likes to play sports and run around.”

All things Logan has had to stop doing during his recovery.

“If they follow the brain rest recommendations and are patient with the concussion treatment plan, they will get better,” says Dr. Jeffrey Brown, Director of Primary Care Sports Medicine at St. Francis Hospital. “Concussion is difficult because you can’t see the symptoms but the good news is that people have so much more awareness.”

Awareness on how to try to prevent this type of injury and hopefully avoid outcomes like Jankowski's.

“A significant number of concussions are not on the playing field," says Dr. Brown. "They are in the community doing everyday things.”

Connecticut was one of the first states in the country to pass legislation for sport related concussion. Starting in 2010, CIAC high school coaches were required to take concussion education courses, then, in 2014, it was required for student-athletes and their parents as well.

In response, the state board of education released concussion guidelines back in 2015. Schools can find the guidelines online, and use it to improve their own safety protocols.

At Beecher Road School in Woodbridge, where Logan goes to school, teachers do things like practice active watching while the kids are playing. Teachers are also required to send any child who bumps their head to the nurse for an evaluation.

“The key is involving the teachers, the nurse and the school community in the person’s recovery, because everyone needs to know that this student has this injury so that they can get the resources and adaptations that they might need to be successful in the classroom," says Dr. Brown.

“Identify them early so that can be headache, dizziness, fogginess, feeling just not right, trouble with your balance, vision trouble, trouble with your memory," says Dr. Brown.  "If you develop the symptoms seeing someone who is trained in concussion is vital to addressing them.”

Logan now spends his days trying to heal, and that includes a specific return to learn plan, which limits his time in the classroom, reading, and anything else that requires cognitive exertion.

Doctors say it is also important to aim for seven to nine hours of sleep, a healthy diet, stay well hydrated, and most of all, be patient.

“It’s a long road, and it seems like that is part of it, and everyone keeps saying you know it's ok, and it’s going to take a while," says Keri. "But I want the while to be over.”

Another piece of advice, talk to you doctor about having your child do a baseline test. It's a cognitive test, so should your child get a concussion, doctors have a measure to compare to see how their recovery is progressing.

Keri says Logan didn't have one prior to his accident and wishes he would have so they could have known how his brain was healing.