Thousands remain in the dark, but some Glastonbury businesses see a boom

Many prefer eating out to a cold meal in a hot kitchen at home. 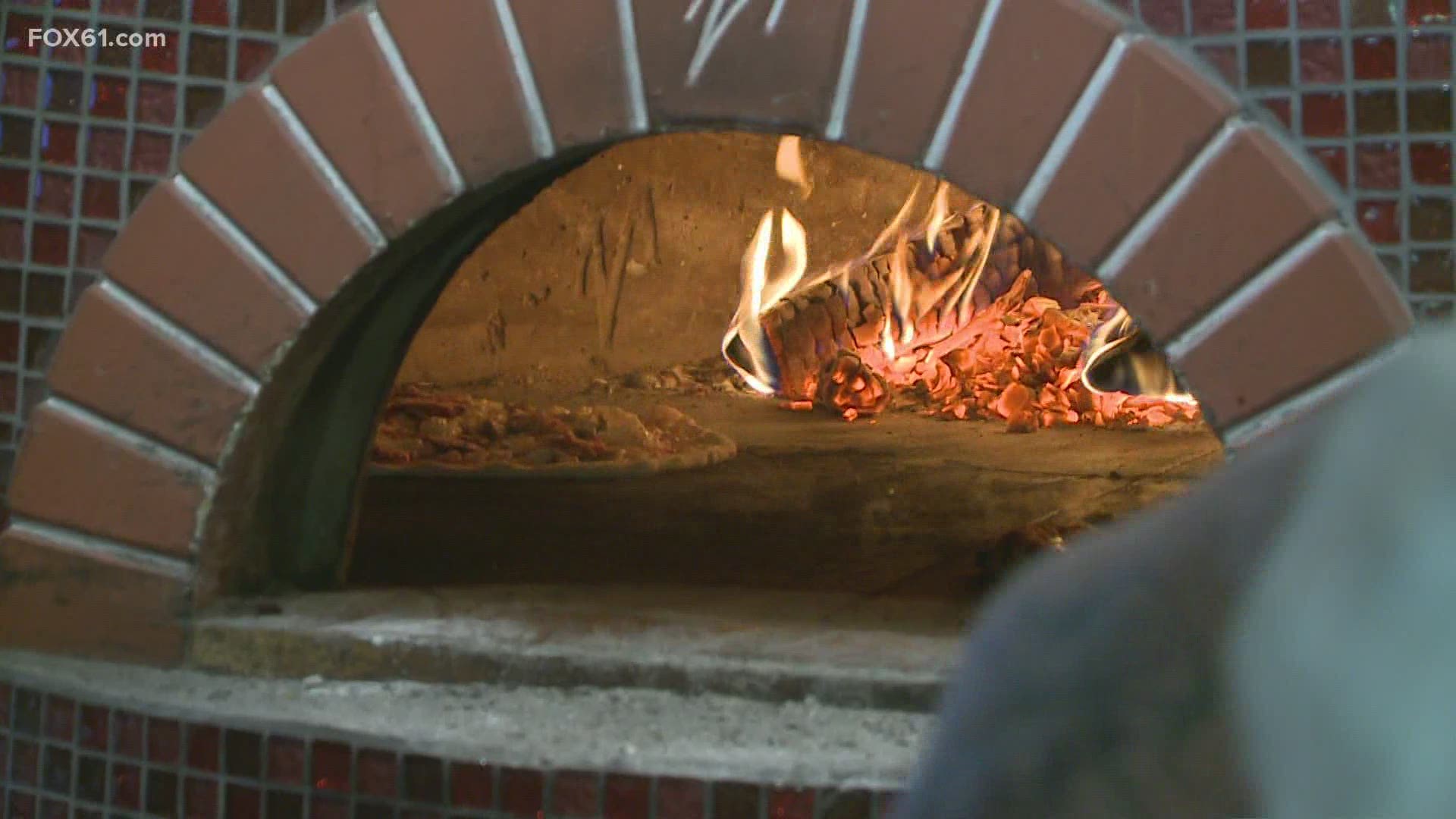 GLASTONBURY, Conn — Many businesses and homes still remained in the dark, three days after the hurricane but the places that were open were busier than ever.

Day and night, Cistuli's workers have gotten minimal sleep, rolling dough, making pie after pie to make sure the town gets fed. His phones have been ringing off the hook and his tables have been full because people cannot cook at home.

"We’re here all night doing dough. We’re making store runs just to keep up supply and demand. It’s unexpected but like we’re kind of getting our training wheels all tightened up at this point," added Cistuli.

Melanie Fiddler was one of many who still does not have power. She decided that eating out beats being in her hot kitchen at home.

"We do have a generator so I did cook but it’s so hot! You just don’t always feel like it. I cooked last night so tonight it’s time to support the local business," said Fiddler of Glastonbury.

Support was widespread throughout the town and there were long lines at the drive-thru at Taco Bell.

Not far from the pizzeria was Cumberland Farms, one of the few gas stations that had power.

The place was packed as people like Justin Tang filled up on gas for their generators to help them get through the weekend.

"With the generator, it’s not that bad. It’s a little hot. But we get to spend more time with the kids. It’s been tough to get work done with no internet. I think that’s the bigger problem we’ve had," said Tang of Glastonbury.