After a car sped through protesters in the street, police responded in large numbers, and a confrontation escalated. 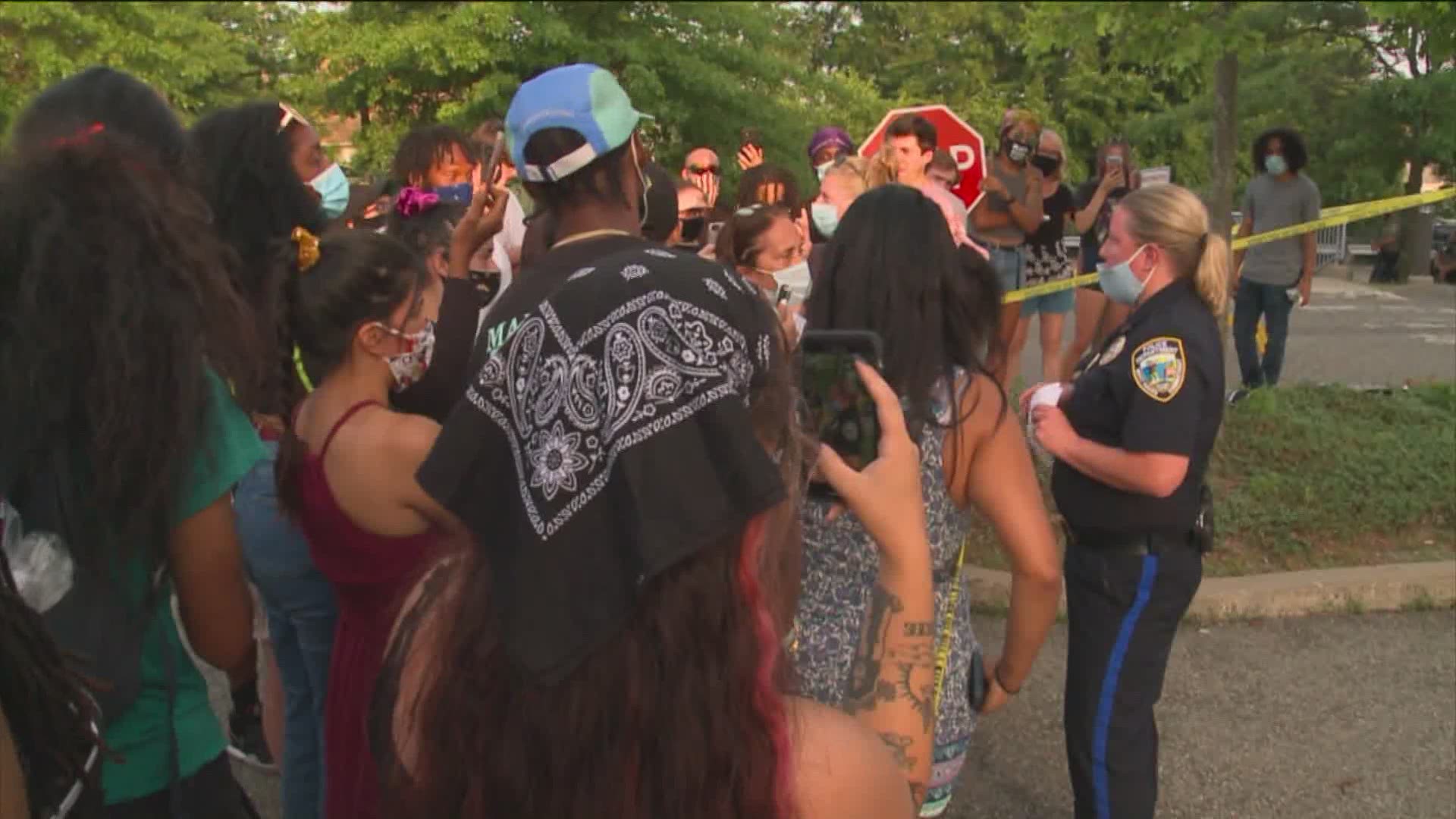 WEST HAVEN, Conn. — Three people arrested after an incident involving protestors and a driver who rushed through people walking along the street marching.

The incident sent first to FOX61 where we see a car drive through protestors sparking the entire scene that led to arrests, but protestors say this day was meant to be peaceful and all of this could’ve been avoided.

Mariyann Souleman said, “It was a disgusting sight to see people were obviously upset about that, so we went up to her they ran after her so that she could knowledge what she did was not right was not just in that’s when the whole scene broke out”

Initially, two cars drove through protestors marching through West Haven, the first car broke through without incident, but the second caused a commotion as it was seen on video of the car coming scarily close to people marching.

Mikaela Adams said, “The first car who tried to run through us was screaming screw you all lives matter with a bunch of children in the back of the car.”

That’s when protestors say the second car with a woman driving rushed through them causing the scene.

Eliza Hesselgrave said, “If I hadn’t noticed or heard and moved out of the way and I... like so many of us would have been in danger of being hit I have no doubt that like she would’ve slowed down.”

In multiple videos, we see the woman behind the wheel talking with officers.

All this happening near the Valero gas station just a few blocks away from the West Haven Police Department where Mariyann Soulemane says they were protesting her brother’s death.

Mubarak Soulemane or “Mubi” died after a high-speed chase in West Haven in January of this year.

Mariyann said, “This was a protest to make noise to constantly get his story out there, as we are waiting to get the district attorney’s verdict on whether or not his murder was justified. “

According to protestors the woman behind the wheel of the car seen rushing through people was released and left the scene, but not before protestors say they were swarmed with officers and dogs, the huge police presence was caught on video.

Mikaela Adams said, “They had the canine dogs held up light almost choked and we’re like throwing the dogs at us, and three people were arrested there are two people in the hospital currently due to excessive force of the West Haven police officers.”

Three people were arrested and two at one time were in the hospital.

Police addressed protestors who waited outside the police station looking for answers.

After the address, FOX61 tried to talk to the officer, but was denied an interview. However, a video obtained from protesters provides the reasoning for some of the arrests.

The officer said in a video to protestors, “He is being charged with breach of peace and interfering with officers, there was a major incident, so part of that incident he was fighting with police.”

There is no video of fighting between police officers and protestors, but during the briefing, we learned one of the three people was tased.

Maryann Soulemane says the events that happened Sunday pushed back some of the progress that has been made when fixing relations between police and communities they serve.

Maryann said, “It’s frustrating to see that the system that you think the system is moving and shifting then this happens and it’s like is there ever I’m going to be a change like you know what I understand our cries.”

The names of those arrested haven’t been released at this time and we are still waiting to hear back from our multiple requests with police.

Two people were released Sunday night, and there is still no word of the condition of the person who was tased and sent to the hospital.

CT Bail Fund said on their Facebook page that the three people arrested have been bailed out.

RELATED: Protester hit by car on I-5 in Seattle dies, another remains in serious condition