His overall theme was the important of having values like dedication, teamwork, commitment, self-reliance, determination and discipline. 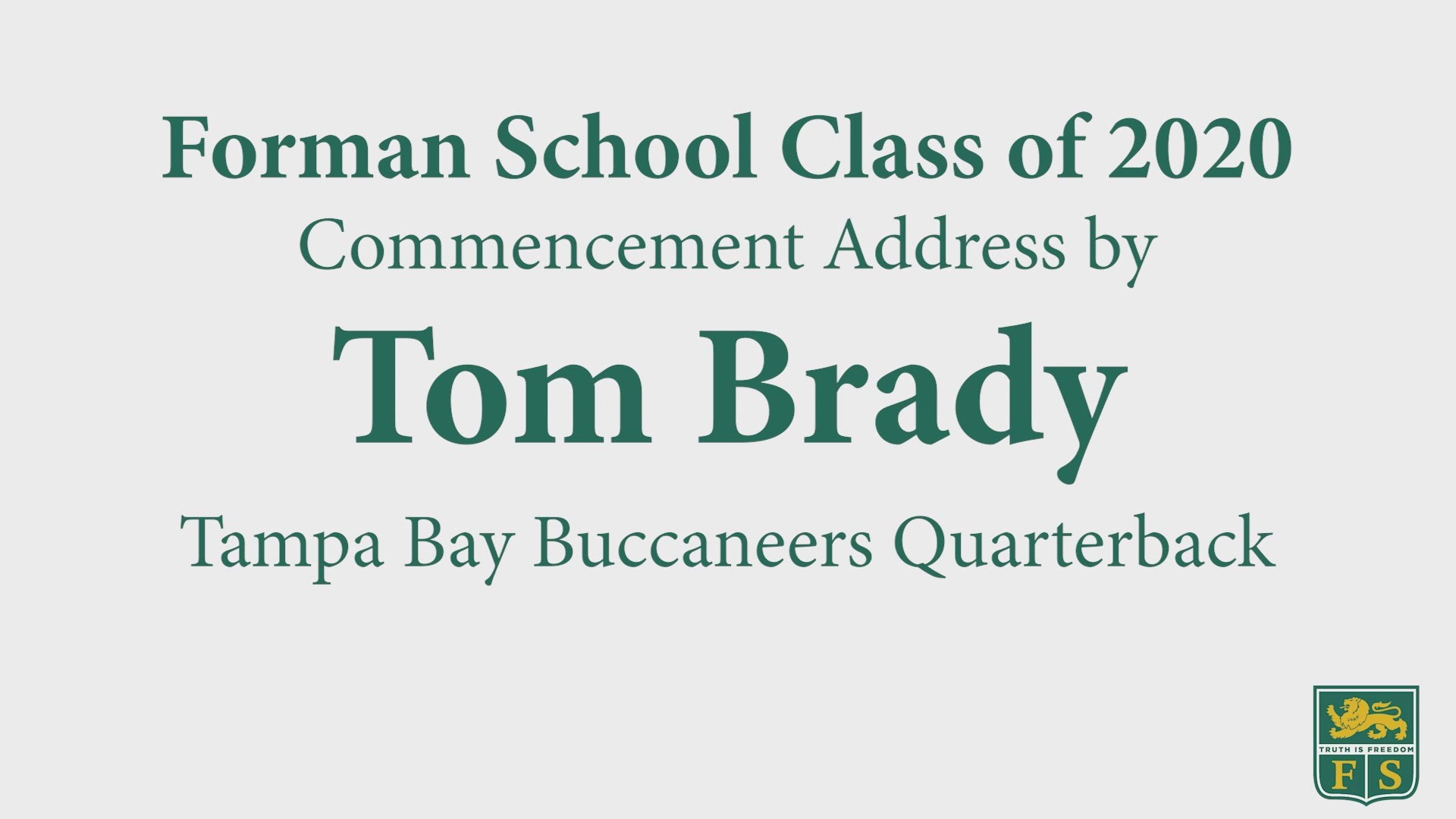 The six-time super bowl champion offered congratulations to the students and faculty from his home in Tampa.

Brady noted that they have accomplished a lot during a year that ended with the challenges presented by precautionary measures regarding the COVID-19 pandemic.

“When I was drafted by the New England Patriots, no one really thought I could be a high caliber player in pro football,” said Brady. “But, you know what? I believed I could,” Brady said while recounting his experience at the 2000 NFL Draft.

His overall theme was the important of having values like dedication, teamwork, commitment, self-reliance, determination and discipline.

“You have a lot of life ahead. You have a lot of great things to achieve,” Brady said. “As you move forward, you will be part of teams, families, and communities. I want to challenge you guys to be the best you can be. Be a great representative of Forman, this great school that you are graduating from.”

Brady, who recently announced he will take the field with the Tampa Bay Buccaneers this coming season, told the graduates to remember that they will continue to learn.

RELATED: Tom Brady announces he is joining the Buccaneers

RELATED: Tom Brady vows to make Buccaneers the best they can be

"I learn from people younger than me and older than me. Be humble about that. Wake up each morning with your eyes, ears, and mind open to learning.”

The beloved, longtime New England Patriots quarterback also reminded grads that their future is going to be what they make of it.

"You’re not going to be able to rely on people to do things for you. That’s not the way life is," Brady said. "If you want to be great at something, you are going to have to put all of your commitment, effort, and discipline into doing just that. Things aren’t handed to you as you get older. I’ve learned that the things I worked the hardest to achieve are the things I value the most.”