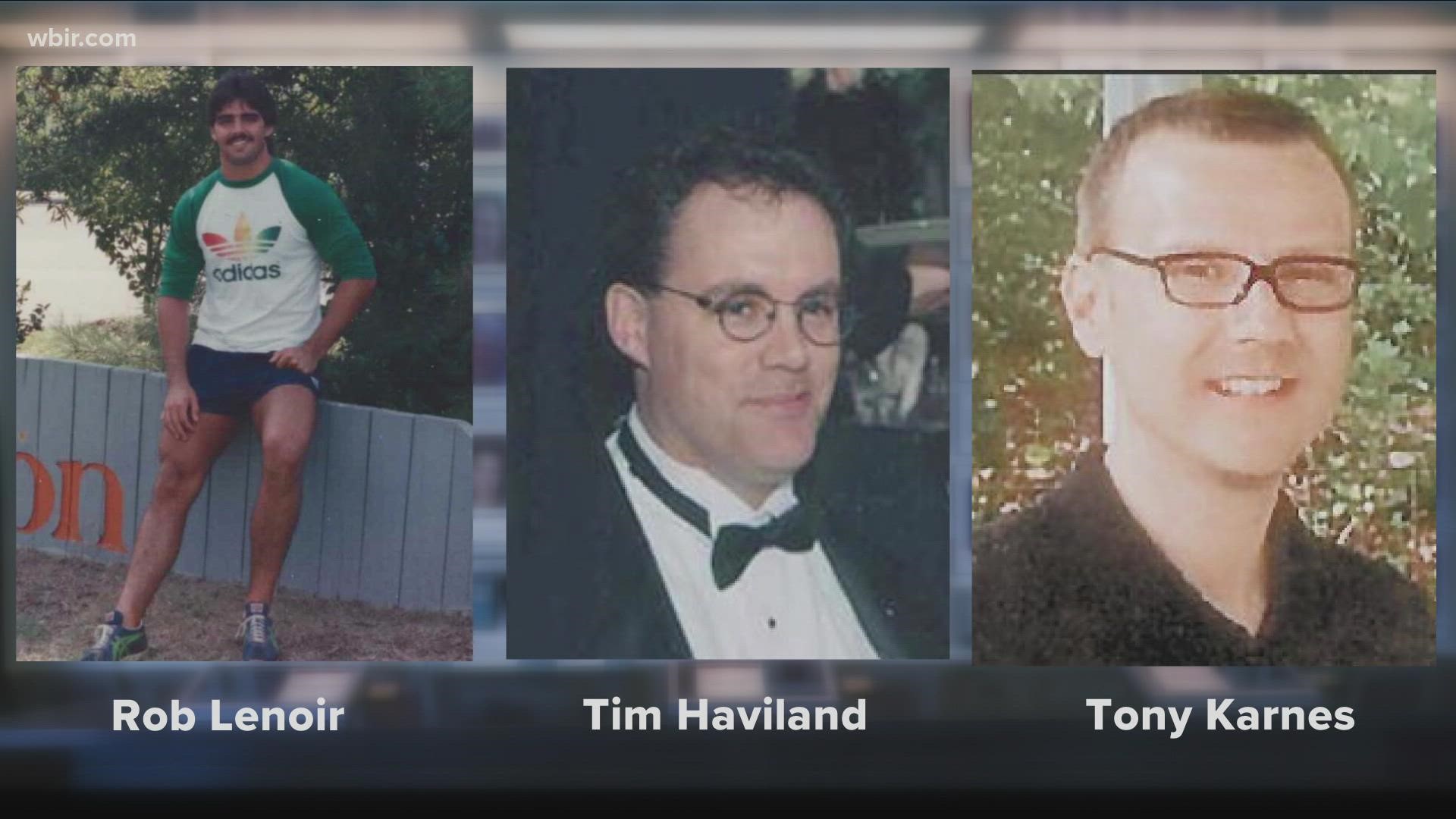 KNOXVILLE, Tenn. — It’s taken time for Brenda Vandever to look at pictures, the little reminders of her brother, Tony Karnes, and remember his life instead of mourning his loss.

“All the memorabilia that I have of Tony in every room, I’m able to look at that and maybe blink my eyes to the tragedy but then live through remembering the good things,” Vandever said.

Vandever reminisces about the little blond-haired brother, 16 years younger, who loved riding his pony. He was funny, witty and smart, with a drive that eventually lead him to New York City.

Tony was a computer software trainer for an insurance company on the 97th floor of tower one of the World Trade Center.

Vandever was sitting in her Knoxville office the morning of September 11, 2001.  A co-worker rushed in to tell her that a plane had crashed into one of the Twin Towers.

“I watched the tower on fire and then I saw the plane hit the second tower and then at that time, we all knew it was a terrorist attack," she said.

Vandever and her family waited and prayed for a phone call from Tony that never came. She flew to New York and saw for herself the devastation.

“Debris was everywhere. It was a good inch thick everywhere you turned. I remember seeing the flatbed big trucks and I knew what was on it. It was debris, but it was also bodies,“ Vandever said.

The daunting effort to recover any trace of victims in the mountain of rubble was painstaking slow.

East Tennessee is Tony’s final resting place, but he will forever be remembered in the city he loved.

The 9/11 Memorial now stands where the World Trade Center towers once soared. Tony’s name is etched in stone.

Tony would now be 57 years old. There is no telling where he would be in life.  His sister can only wonder and remember.

Vandever and her family visit the 9/11 Memorial in Downtown Knoxville every September 11 to honor Tony and the nearly 3,000 other people who died that day.

“You don’t really get over a tragedy, you live through it," she said