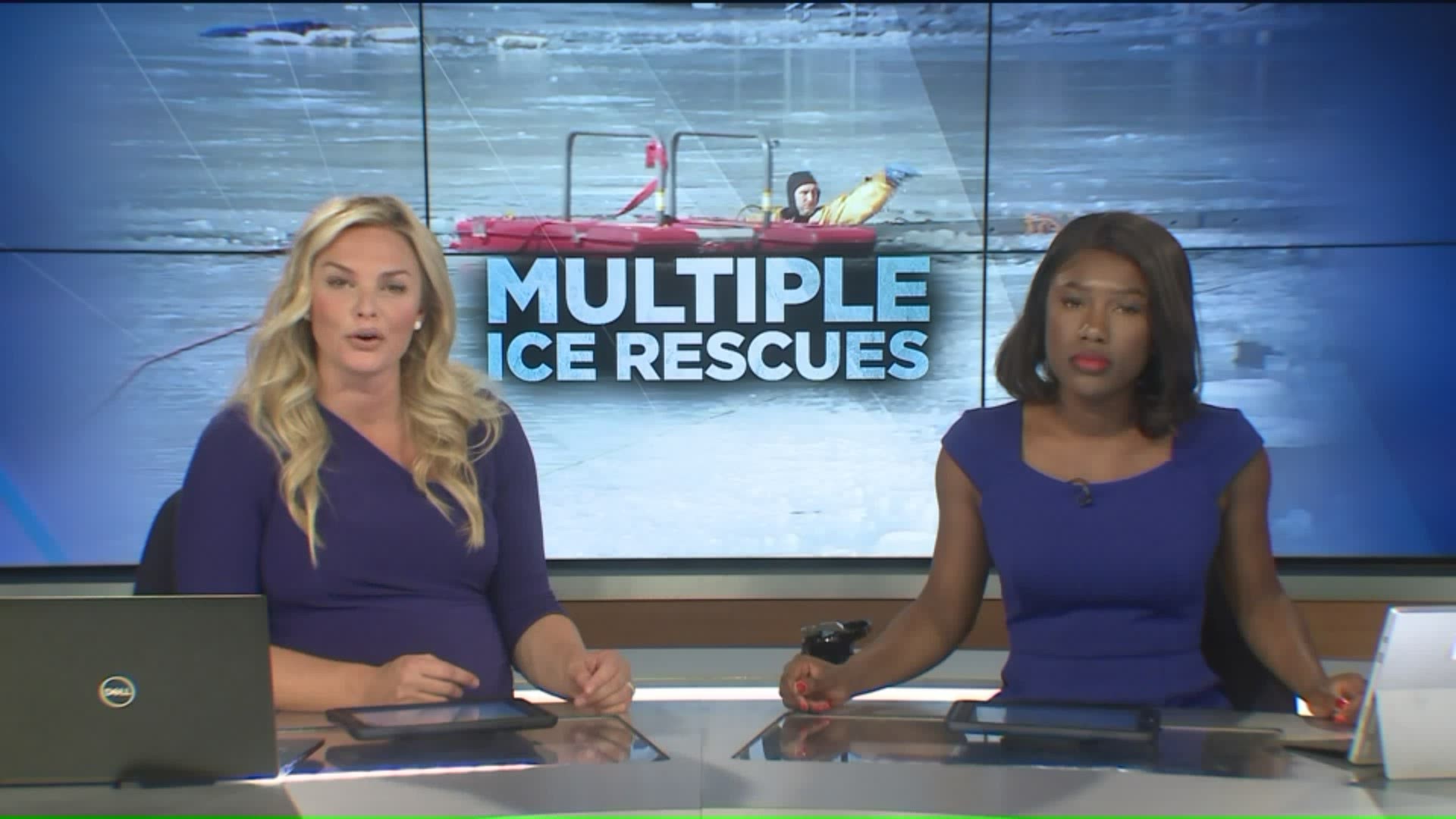 TORRINGTON, Conn. — Four people fell into Burr Mountain Pond Sunday, and two of them had to be flown by Life Star to Hartford Hospital for severe hypothermia.

At 11:08 a.m., Torrington Police and Fire were dispatched to Burr Pond State Park for reports of five fishermen that fell through the ice and into the water.

Those that needed to be rescued were 100-feet away from the shore.

Upon arrival, crews saw four people through the ice and in the water and two additional people near the shore holding on to the parties in the water with a rope.

Crews took over the rope and entered the water with their ice suits on to rescue the four people stuck.

“We had a difficult time coming back because as we were working it back towards shore the shelf kept breaking and we had the weight of the victims, so we got it down to two victims we were struggling with and the companies worked very hard and they were pretty exhausted, “ Battalion Chief Patrick Doyle said.

After finally getting everyone back to shore, two of the people were transported via Lifestar to Hartford Hospital.

The other two victims were taken to Charlotte Hungerford Hospital.

According to officials, the Ice is extremely unstable and must be avoided at this time.

”According to the DEEP officer it was about 5 inches but by the time they got out to where they were it was down to about an inch and you know it’s very dangerous we don’t recommend any ice fishing especially at this lake,” said Battalion Chief Doyle.

FOX61 spoke with people from the area who say they were surprised anyone was on the ice, saying this time of year is unseasonably warm and going ice fishing may be more dangerous than in previous years.

Derek Forsythe said, “People who are in the shade and think they can step on the ice and it will be solid because of the shade, but anytime the ice has direct sunlight it’s going to thaw out quicker than... I mean it’s basic common sense.”

Libby Veneziano, who says she lived in the area most of her life said, “It’s pretty thin usually around this part or time of the year, so yeah, it’s generally not the safest thing to do.”

One firefighter did see a doctor for evaluation after showing signs of overexertion, but he or she is expected to be back on duty.