'We couldn't give up on God' | Woman leaves hospital after months-long battle with coronavirus suffering multiple strokes, cardiac arrest 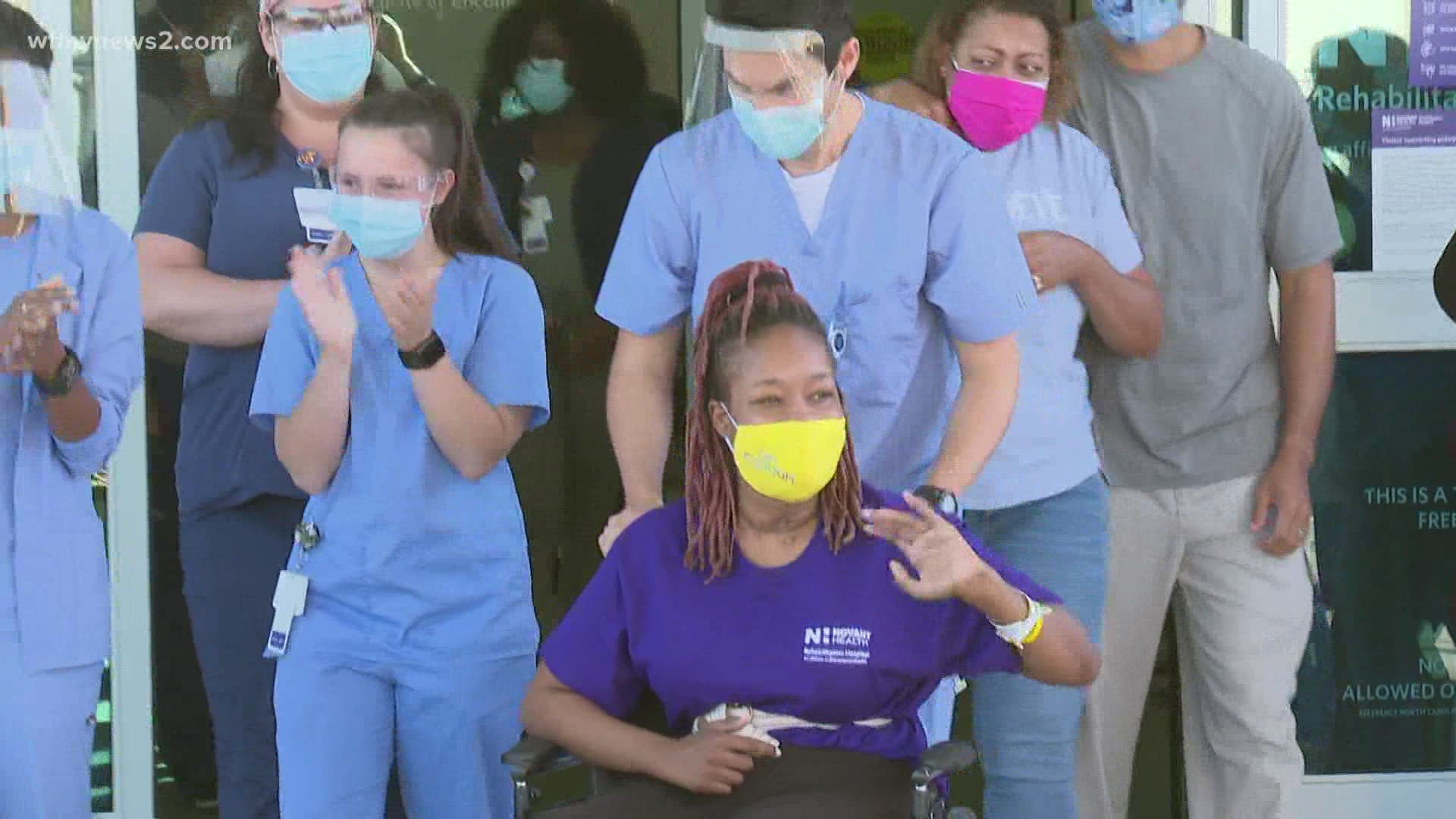 GREENSBORO, N.C. — The fight against coronavirus is a long-term one, and no one knows that better than Tionna Hairston and her family.

The 26-year-old was released from Novant Health Rehabilitation Hospital Tuesday after fighting coronavirus for about six months.

Hairston was first diagnosed in May with no symptoms and helped take care of her mother who was also suffering from the virus. However, things would soon take a severe turn.

Hairston was hospitalized in June for severe symptoms. She has since survived multiple strokes and cardiac arrest. At one point, her brain was so damaged doctors at Forsyth Medical Center questioned whether or not she would ever recover. Her mother, Stacey Peatross was even advised to taker her off life support at one point.

Hairston and her family did not give up.

"We could not give up on the God that we serve and we could not let her go," she added.

Doctor James Mclean, the medical director of Novant's rehab hospital said when she first arrived she couldn't do anything for herself. The staff worked with her on things like getting in and out of bed bathing, dressing, and feeding herself.

"She is tough as nails, to go from where she was, she was completely fine in May and every body system shut down on her. And for her to come back from that, and you can see her attitude her spirit. That is 90% of it. Her drive to get better. Every day she was in the gym working hard," Mclean said.

Hairston's work isn't done. But her doctors believe despite the strokes, cardiac arrest, and the months of hospitalization, she still has a chance to make a complete recovery from her illness.