The court said it would issue a decision on those arguments by the middle of September, but it has not yet done so. 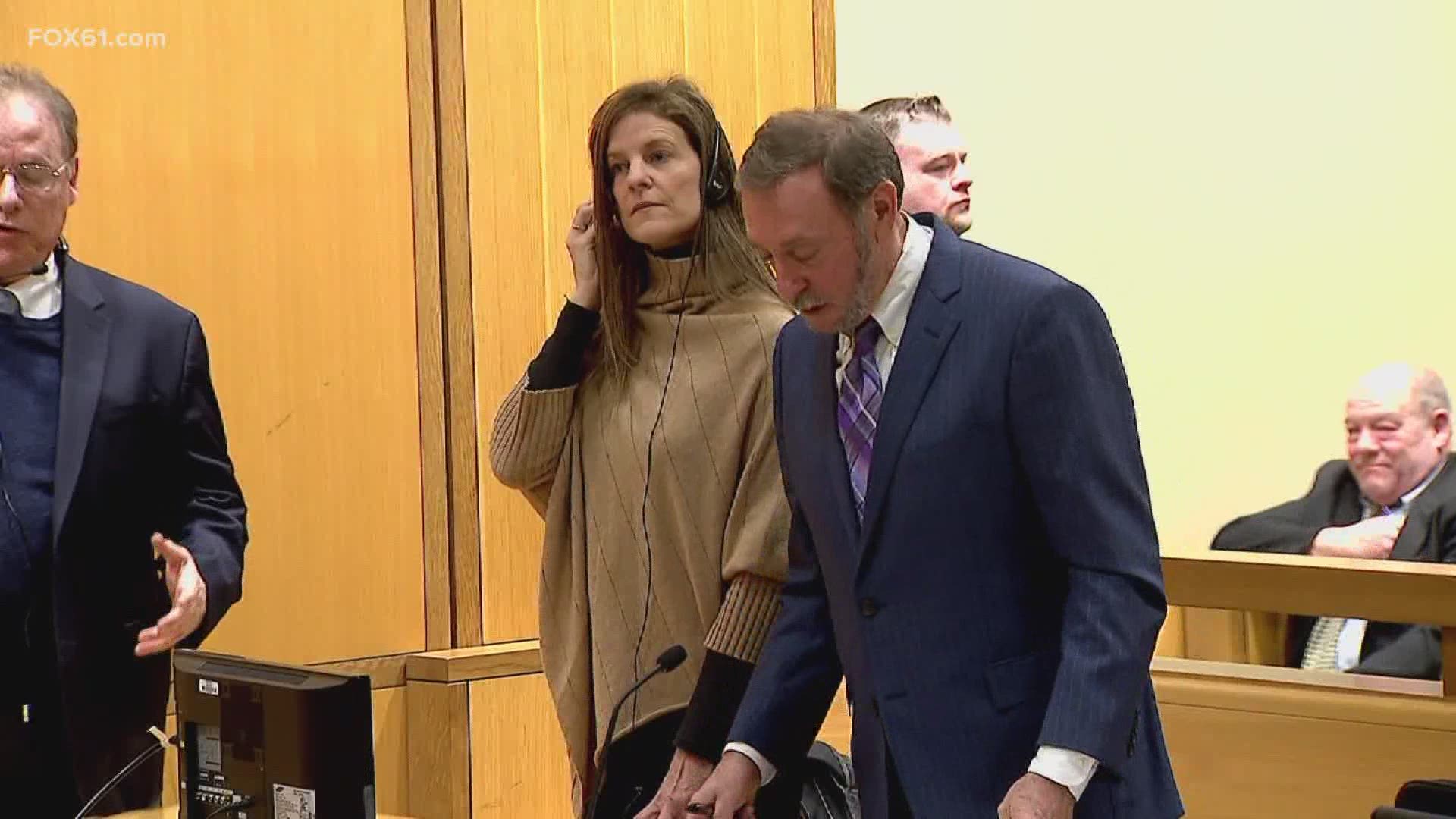 STAMFORD, Conn. — Editor's note: Late Wednesday afternoon, the motion passed to terminate pretrial condition of house arrest and curfew. That passed motion is posted at the bottom of this article.

Michelle Troconis is Fotis Dulos’ girlfriend who police have filed a number of charges against including two new counts of conspiracy to commit tampering with evidence in connection with the disappearance of Jennifer Dulos.

Now her attorney, Jon Shoenhorn, argues that continued GPS monitoring and house arrest are legally unreasonable and constitutionally questionable. Troconis has been under GPS monitoring since she was first arrested in June of 2019. She has already paid $2.1 million dollars in combined surety bonds, something her attorney says would assure her future appearance in court. The state has her passport.

Her attorney initially filed a motion with the court back in March but due to the COVID-19 pandemic, her attorney wasn’t able to advocate for her release until August.

The court said it would issue a decision on those arguments by the middle of September, but it has not yet done so.

On May 24, 2019, Jennifer Dulos went missing after dropping her children off at school. Her SUV was found in a New Canaan park.

About a week later, Fotis Dulos and Traconis, Fotis Dulos' girlfriend at the time Jennifer went missing, were arrested on charges of tampering with the evidence

Fotis Dulos was charged with murder in January. At the same time, Troconis and Kent Mawhinney, a friend of Fotis Dulos, were charged with conspiracy to commit murder and had a court set bond of $2 million.

In late August, Michelle Troconis was charged with tampering with evidence and hindering prosecution.

The new charges are in connection with what authorities say were efforts to cover up the killing of Jennifer Dulos.

Additionally, the judge ruled that Troconis no longer has to be part of the Intensive Probation supervision program, but all other conditions of her release are subject to a written decision that is expected to be made in two weeks.

The attorney for Michelle Troconis had asked the court to review and modify the conditions under which she has been held on house arrest. Defense counsel released three videos in August they said bolsters their case.

Troconis pleaded not guilty to all charges.

Chief State’s Attorney Richard Colangelo says the state does not object to relaxing her conditions but says the state is concerned about Troconis’ lack of ties to the Greater Hartford community now that her daughter does not go to school in the area and Fotis Dulos is dead. Her family lives in Miami, but her mother came to Connecticut to live with her fulltime.

Shoenhorn says the state’s case has weakened. According to his memorandum, “the state finally disclosed DNA reports that prove even the ‘partial’ DNA profile that prevents exclusion of the defendant as a source of a swab on the exterior of a garbage bag” only consists of three skin cells, equal to 22 trillionths of one gram.

The court immediately removed Troconis from intensive pretrial supervision but did not yet issue a decision as to whether she will be able to get off house arrest.

Her next pretrial hearing is being held virtually on October 1.

RELATED: A timeline of the Jennifer Dulos investigation