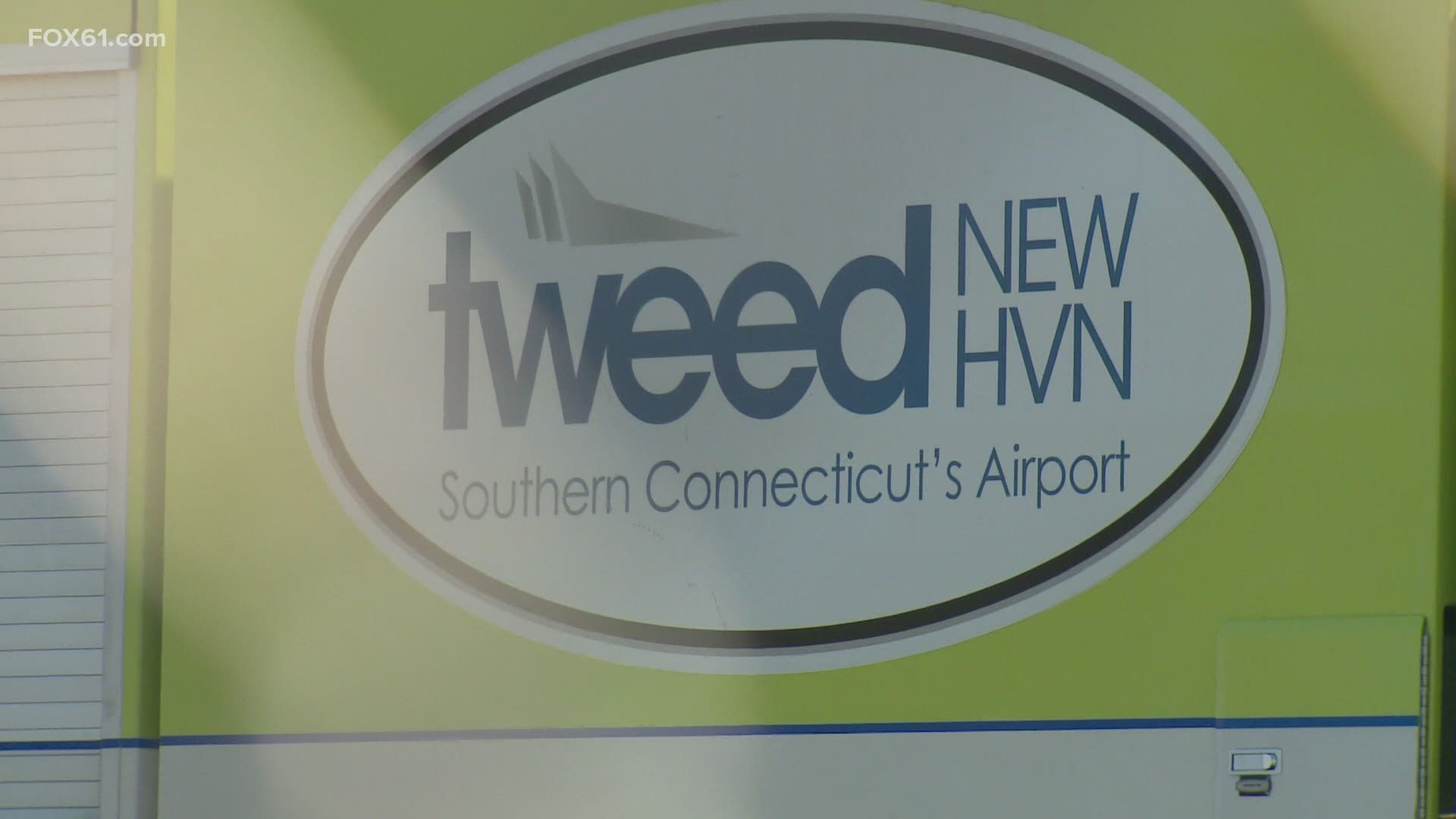 "It’s an historic day not just for this airport, not just for New Haven and East Haven but for the entire region," said Sean Scanlon, Executive Director of the Tween New Haven Airport Authority during Thursday morning's press conference.

The deal includes at least 1,000 temporary construction jobs and 175 new permanent jobs at the airport. Part of the reason for all those jobs: a brand-new terminal.

"We are committed to making this airport both financially and environmentally sustainable," said Jorge Roberts CEO of Avports, which has operated the airport for 22 years. "We will invest more than $100 million over the next 40 years."

Avelo Airlines, which just got off the ground eight days ago, and is based in California, will begin service late this summer, making Tweed the airline's first east coast hub.

"This is our kind of airport," said Andrew Levy, CEO of Avelo Airlines. "Our whole strategy is really about taking advantage or leveraging opportunities like this where you have a secondary airport and a larger metro area."

The deal would also end years of New Haven subsidizing the airport.

"Over the past 20 years the city has put in over $22 million into this airport," said Mayor Justin Elicker (D-New Haven).

This project, as proposed, would include an upgrade of the existing terminal, extension of the runway and a new carbon neutral terminal over on the East Haven side of Tweed New Haven. However, there are hurdles to clear first.

"Before we can expand the runway and build the new terminal, we have to go through an environmental assessment process and that takes about a year," said Roberts.

Noise and water impact will be among the areas examined. And community input will be key to this project taking off, according to Scanlon.

"But I don’t feel that they’re being honest with the community," said Ed Fitzgerald, who's lived near the airport for 35 years.

He says many residents had no idea this major announcement was coming. And, Fitzgerald adds, many residents don’t buy that their voices will truly be heard.