The man in need took to social media and his community to look for a kidney donor. 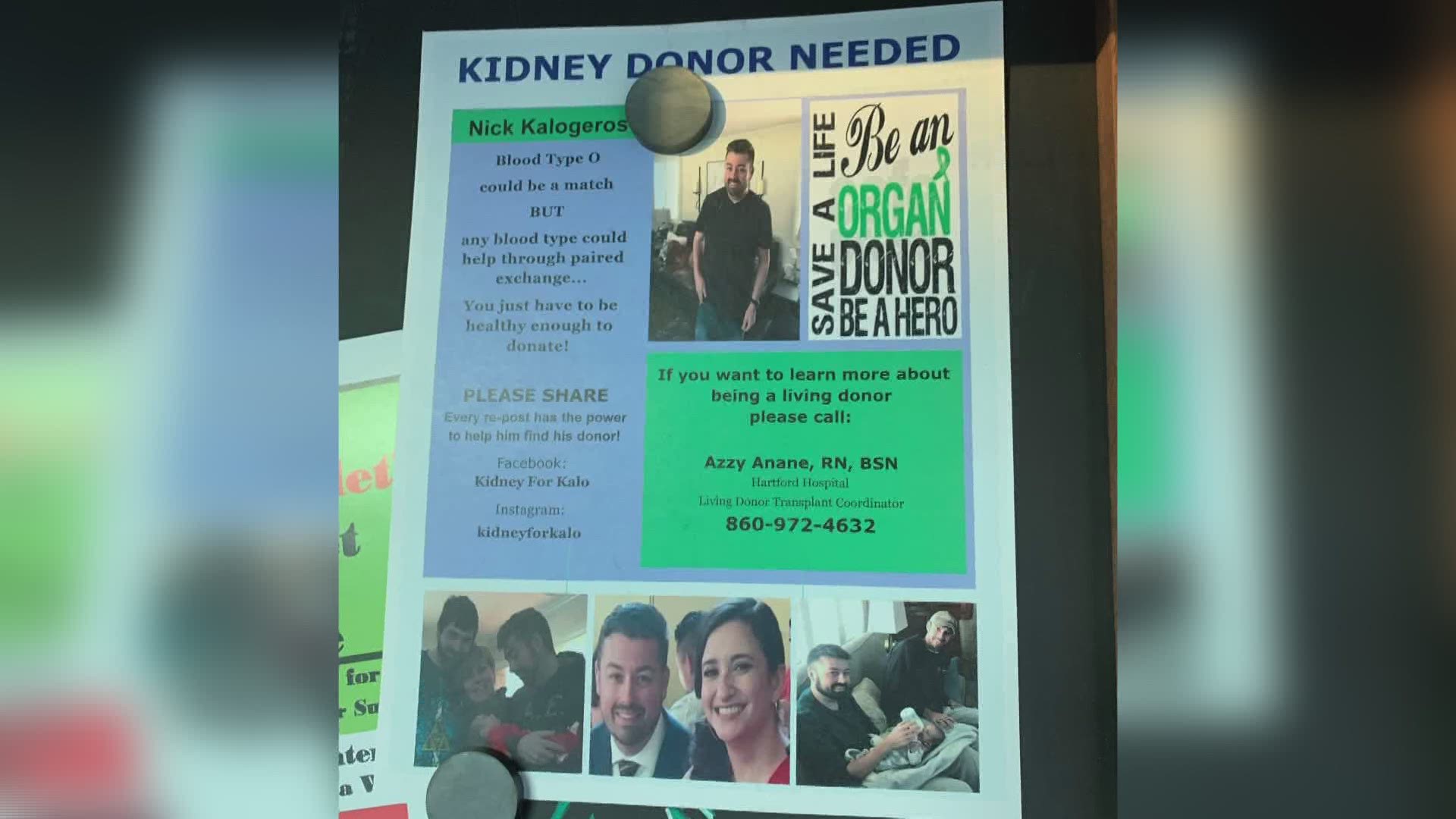 HARTFORD, Conn — In one of the most generous acts of kindness, a Glastonbury woman Judi Edwards donated a kidney to a man in desperate need of one.

34-year-old Nick Kalogeros, who is also from Glastonbury, lives with his wife and 18-month old child while battling Alport Syndrome. The genetic condition damages small vessels in the kidney, eventually lead to end-stage renal disease. In other words, Kalogeros needed a new kidney.

"I was on dialysis for a year at home which pretty much restricted me on a daily basis or be able to care for my son because I was hooked up to a machine," said Kalogeros.

Kalogeros took to social media and his community to look for a kidney donor. Among the people that stepped up was Edwards. Seeing one of  Kalogeros' flyers at a local coffee shop, Edwards felt the need to help out and to see if she was a match.

Edwards knew her blood type did not match Kalogeros but decided to keep trying to help him. Eventually, she donated non-directly to someone in need in Arizona and was entered into the National Kidney Registry.

Nick's cousin, Tyler Kalogeros also answered the call. Tyler who lives in DC turned out to be a match. He underwent and donated his kidney to nick remotely.

Dr. Oscar Serrano, the transplant surgeon at Hartford hospital spoke of Tyler and Edwards and how to donate organs during the COVID-19 pandemic.

"(Tyler and Edwards) were basically the example for this," said Dr. Serrano. "we can work with your physicians in Washington D.C. And coordinate for this to occur through the national kidney registry. It`s become more common because of the COVID-19 pandemic 15:09

All three hope that this story would encourage to give others a second chance at life, despite navigating through unprecedented times.

"There is no way to explain how I want to thank everybody," explained Kalogeros. "It`s basically another lease on life for me."