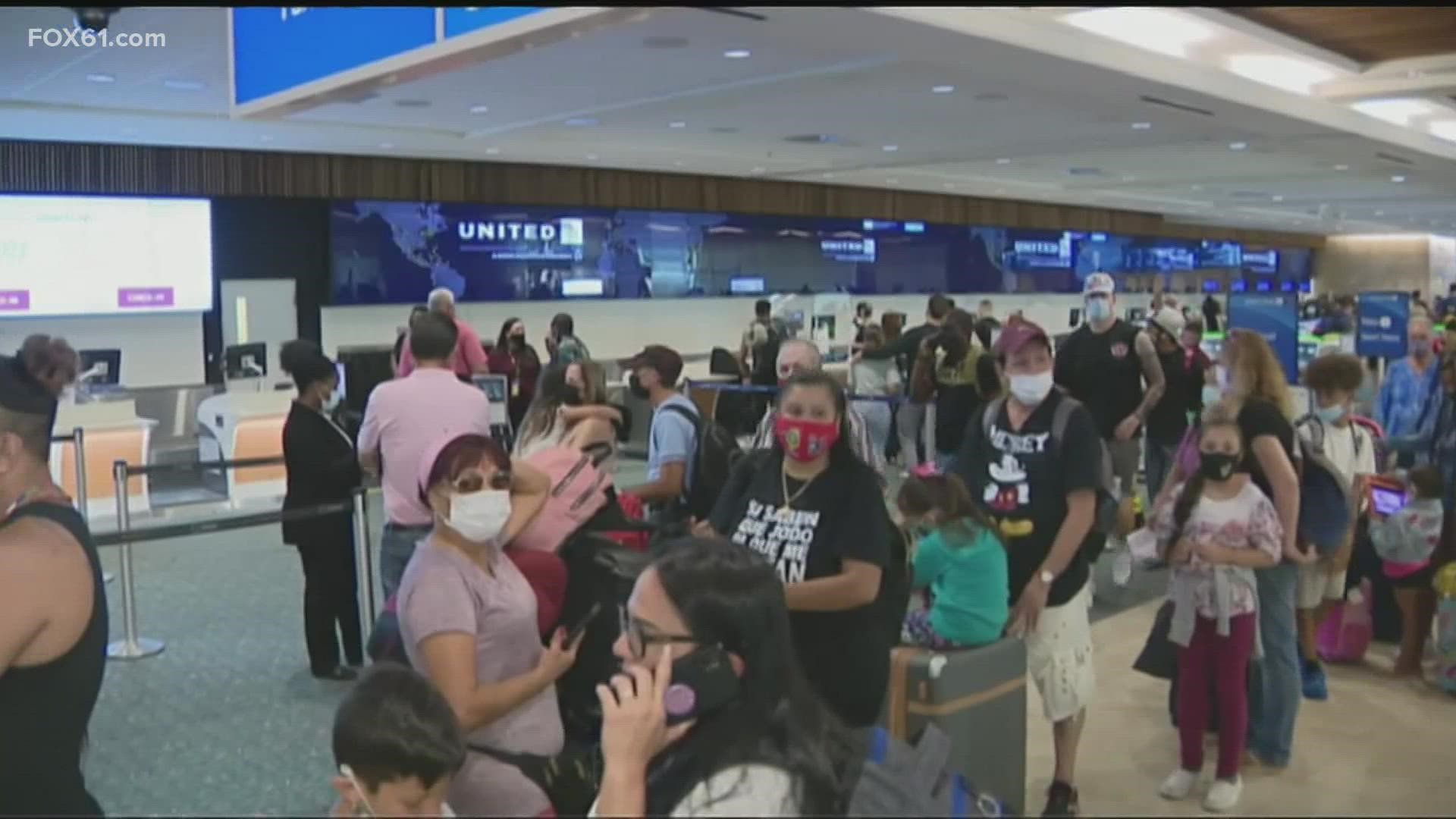 WINDSOR LOCKS, Conn. — Editor's note: The video above is from April

Police said upon landing, they met a JetBlue flight from Florida at the request of the captain of the plane, who said there had been a fight onboard.

Police removed the suspects and the victims from the plane. Police said Desiree Goffe, 23, of New Britain and Kaylene Thalia Valentin, 21 of Meriden were charged with risk of injury to a child and breach of peace. They were both released on $5,000 bond.

Police said the pair were traveling together and their seats were being kicked by a two and four-year-old child when the women responded by cursing and yelling at the children and the parents. That in turn caused other passengers to be nervous and the children and parents to be scared, according to an account of the incident. Other passengers approached police when they were leaving the plane to confirm the allegations, police said.