FOX61 News talked to unemployment recipients and they say their direct deposit information on their Department of Labor accounts had been changed unknowingly. 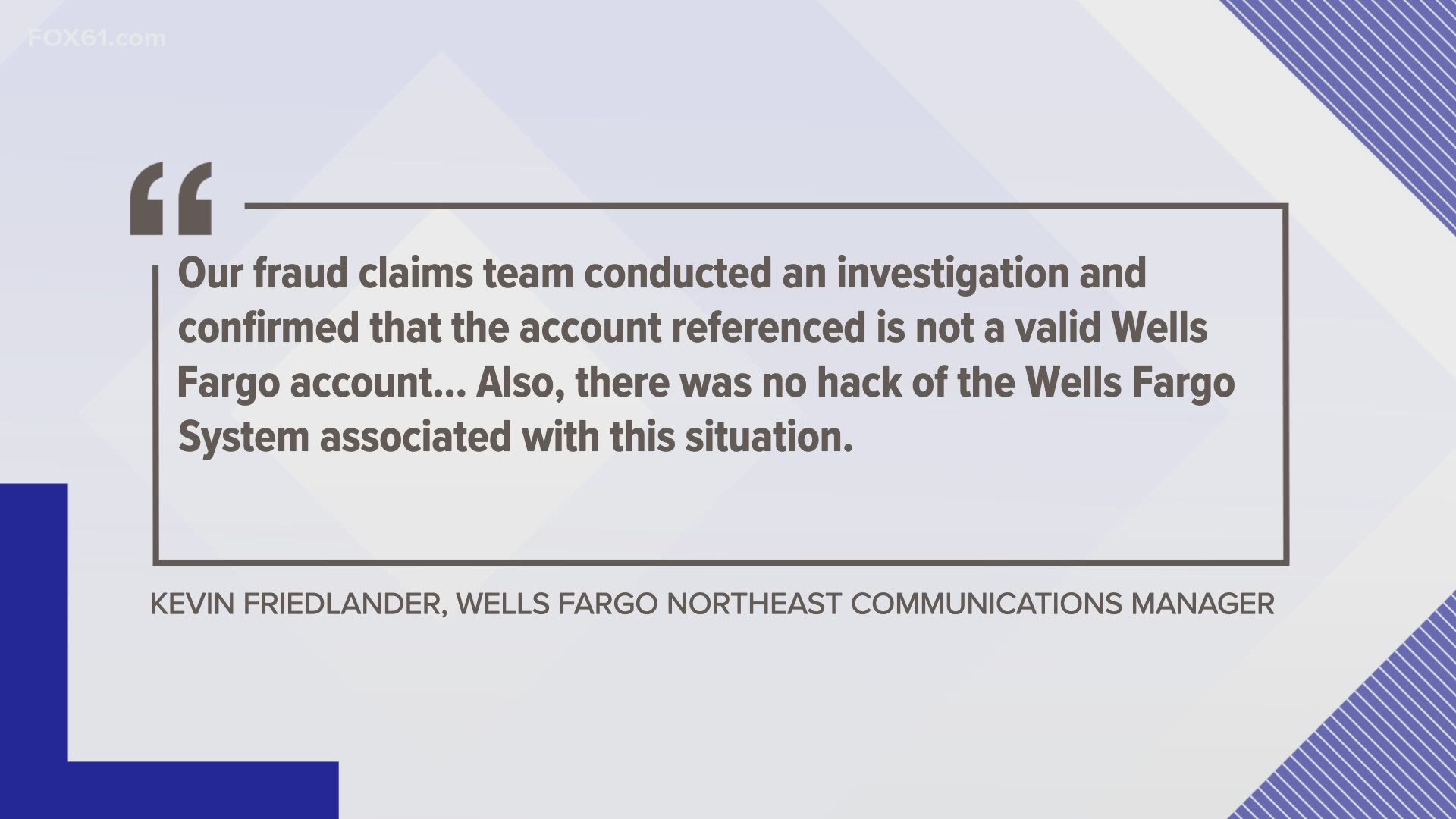 HARTFORD, Conn. — Several people collecting unemployment are alarmed after noticing their banking information was changed on their Department of Labor accounts without their knowledge.

The change in banking information means recipients haven't been paid and they haven't been told when they'll see their next deposit.

FOX61 News talked to unemployment recipients and they all say they shared a similar experience. They say their direct deposit information on their Department of Labor accounts had been changed unknowingly to a Wells Fargo bank account that FOX61 News has now confirmed was an invalid Wells Fargo account. Recipients say they weren't notified of this until it was too late. The money that was supposed to go into their bank accounts vanished.

"I found out my deposit didn't go in on Monday night," says Chris Vaughan from Plainville. "So, when I checked Tuesday morning, I just happened to check the bank account and it turned into a Wells Fargo account. So then I called up the Department of Labor and they said to change my password, to change the account to a different account and to call Wells Fargo to see if I could get the deposit put back. When I called Wells Fargo with the account number they gave me, they told me that account didn't exist. It was a dummy account."

According to the governor's spokesperson Max Reiss, as of October 7 potentially hundreds, if not more, people saw their banking information changed on their Department of Labor accounts without them knowing. 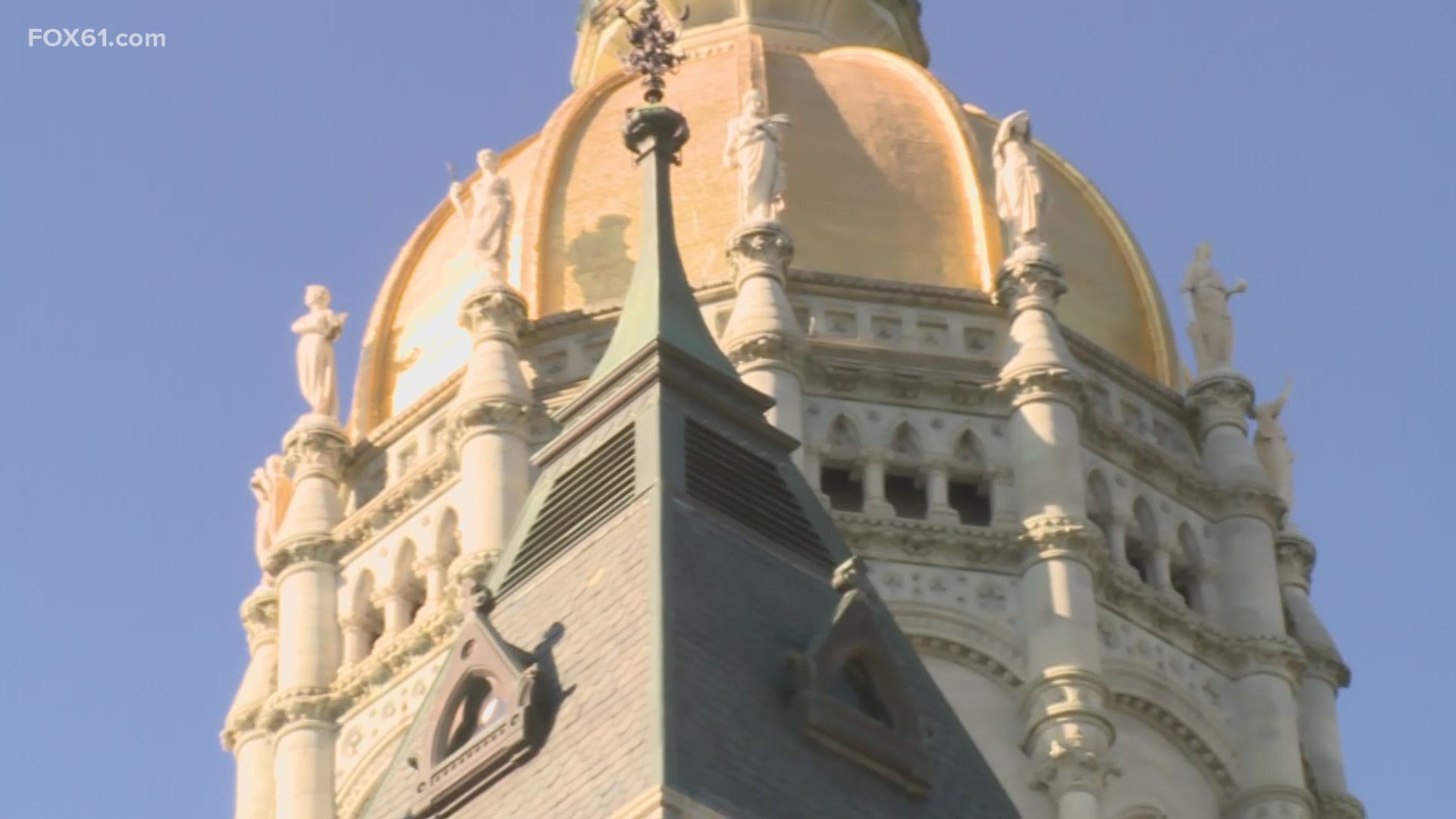 Some claimants say it happened as early as the end of September.

"I received a letter dated September 28, but it didn't come in the mail until Friday," she says.

The letter from the Department of Labor said they were aware changes were made to her account.

"Let us know if that wasn't you," says Mallia, who is also from Plainville. "And that's pretty much how I found out about it. "

Kym from Danbury says she noticed on a Facebook group for unemployment that other people were experiencing issues with their direct deposit. When she logged into her account, she noticed her banking information was also changed to an unknown Wells Fargo account.

"We have a Facebook page for the Department of Labor," says Vaughan. "I was reading on there that some people did get a notification saying to change their passwords and everything, but it only went to certain people. I don't know why."

Wells Fargo in a statement to FOX61 News says:

Our fraud claims team conducted an investigation and confirmed that the account referenced is not a valid Wells Fargo account...Also, there was no hack of the Wells Fargo System associated with this situation.

None of the claimants FOX61 spoke to said they received any notice that the Department of Labor was working with law enforcement to figure out what happened to accounts.

The Connecticut State Police told FOX61 News that the Department of Labor asked their cyber unit to assist in an investigation but would not confirm if they were looking into accounts whose banking information was unknowingly changed.

Department of Labor spokesperson Juliet Manalan, said based on their available information, "CTDOL is not aware of any intrusion into our databases; we are aware of and investigating fraud attempts."

She says in the past commercial breaches have exposed information for hundreds of thousands of Connecticut residents.

Max Reiss, also says there was no recent breach into the CT DOL systems, but admitted potentially hundreds of accounts' banking information had been changed.

The Department of Labor and the governor's office say they are always working with the state police on fraud investigations. The DOL says claimants should check their accounts frequently, change passwords regularly, and not share account information with anyone in order to prevent fraud.

Claimants whose accounts were changed still have not received any payment.

"I still have not gotten any payment," says Mallia.  "They're on hold and what I'm hearing is we just have to sit and wait until who knows when."

If your account information has changed without your knowledge, you should reach out to the  department of labor's contact center at filectui.com.

You can also call the three numbers we have listed below.

If you want us to investigate your story--reach out to us at share61@fox61.com.