Sonya Kibbee has a full life.  She works as a physical therapist, is raising two sons and enjoys weekly pickleball games with a group at her church.  However, l... 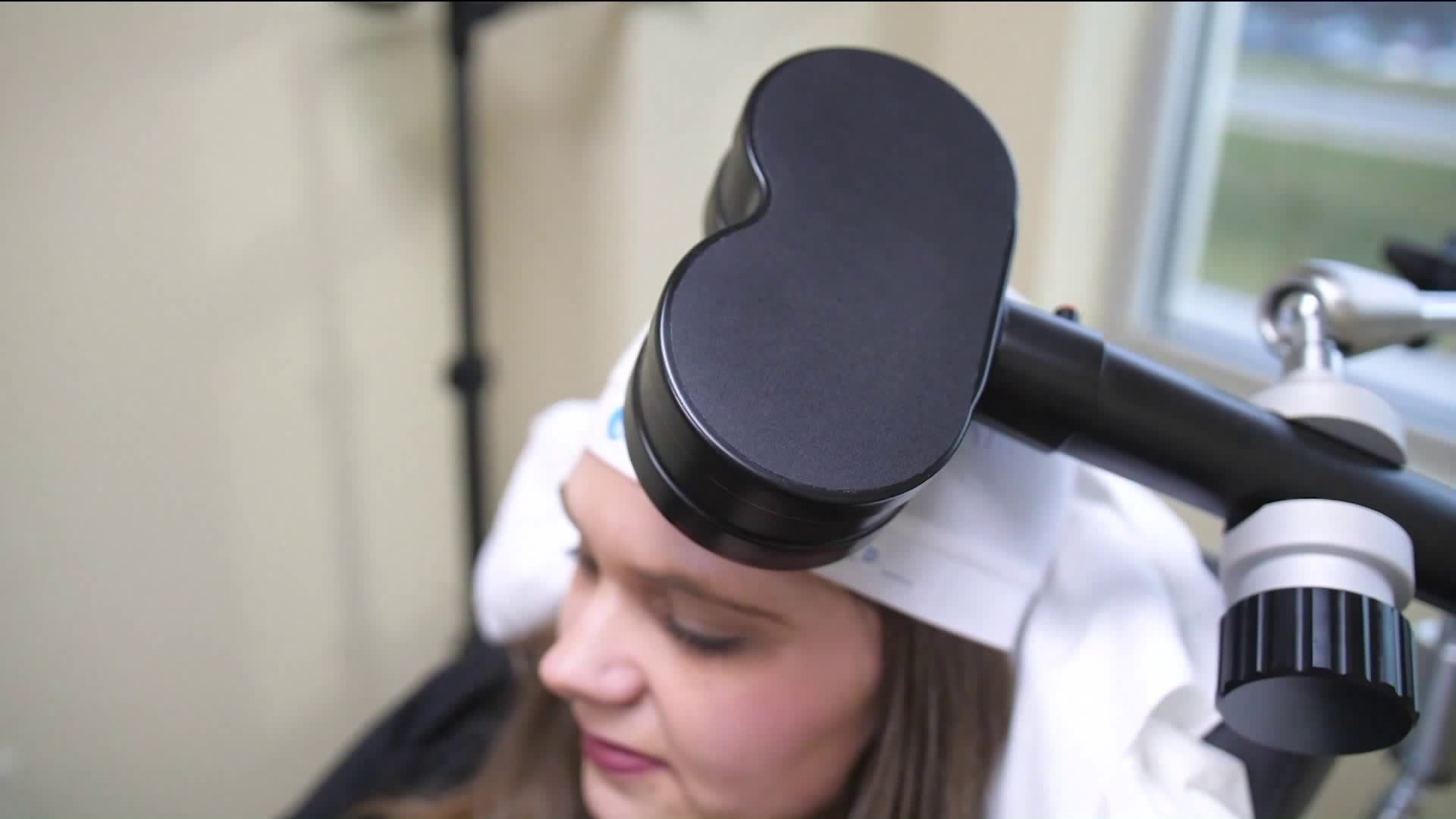 Sonya Kibbee has a full life.  She works as a physical therapist, is raising two sons and enjoys weekly pickleball games with a group at her church.  However, last year, a bout of severe depression stopped her in her tracks.

"I'd get to where I’d have trouble making decisions,” Sonya, said, “just dumb little decisions that we make and don't even think about, I have to think about, and then it just gets me more stressed out."

Even with medication and therapy, Sonya was hospitalized multiple times last year as she tried to battle her depression and thoughts of suicide.   However, Sonya eventually found relief with a therapy called Transcranial Magnetic Stimulation, or TMS.  It uses a metal coil that delivers powerful magnetic pulses to target the part of the brain associated with mood.

“ [The] pulses will stimulate neurotransmitters which are the chemical signals which will improve the communication between different regions of the brain that are responsible for mood regulations,” said Dr. Muaid Ithman, who runs the TMS program at University of Missouri Health Care, “over time, this will improve the symptoms of depression.”

Sonya said the procedure feels like someone gently tapping on her head, which can cause a headache.  However, Sonya said she took an over-the-counter pain reliever before each of her daily, 20-minute treatments.  Sonya said she noticed a real difference after just one week.

"During that second week, I went and got a haircut and I just felt so much better," she said.

Sonya said her symptoms of depression almost disappeared after 30 treatments.

"Basically 50 or 60 percent of people who suffer from treatment-resistant depression will see a clinically meaningful response to TMS,” said Dr. Ithman, “and one-third of those people will go into remission, which means their symptoms completely go away."