Police say 44-year-old Andrew Aggarwala was walking his puppy on Phoenix Street in Vernon when he was hit by a car. 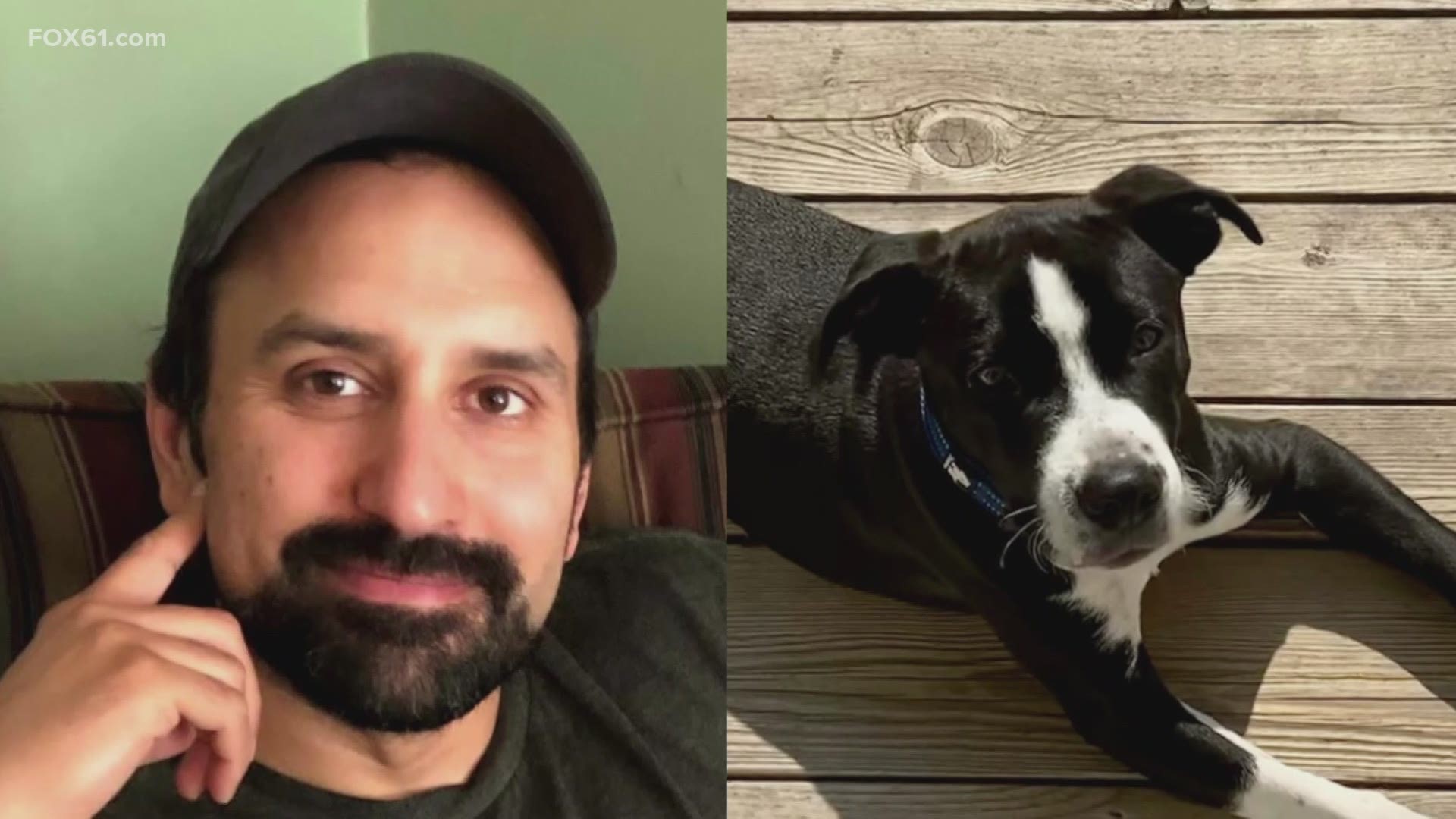 VERNON, Conn. — Update 6:06 PM: Vernon Police say they have seized a vehicle of interest that was found near the area of Phoenix Street. No one has been taken into custody and the Police could not release additional details about the car. The missing dog, Ollie has still not been found.

Police said more additional information will be released at a later time.

Police have identified the man killed in a hit and run crash in Vernon Tuesday afternoon.

Police say 44-year-old Andrew Aggarwala was walking his puppy on Phoenix Street in Vernon when he was hit by a car. He has two kids in the Vernon Public School system and was heavily involved in youth sports. Counselors were made available in school for the children.

“Do the right thing. Step up,” says Jesse Kristoff, Vice President of the Vernon Soccer Club.

A simple but powerful message to the driver of a car that hit and killed Aggarwala Tuesday afternoon at around 2:50. The driver fled.

“We’re working on several different leads, including some video we’ve received as well as some pieces of evidence that were recovered from the scene,” says Vernon Police Lieutenant William Meier.

Vernon Police canvassed the area of the crash from 2pm-4pm on Tuesday in hopes of finding more leads. Police are also asking for the community’s help in finding the driver.

The Aggarwala’s puppy, Ollie ran off after the crash.

“We had police officers out last night with our drone attempting to search for the dog as well as a ground search we conducted,” says Lt. Meier.

Aggarwala was an active member of the community, especially with the Vernon Soccer Club.

“We have a huge hole in our hearts and we’re not sure how we’re going to move forward without Andrew,” says Keith Hodson, President of Vernon Soccer Club.

Aggarwala was the calming and reassuring voice of the Vernon Soccer Club.

“Andrew was a soft-spoken person and many times in youth sports and many places in life there is somebody that is loud and vocal that will take charge,” says Hodson. “Andrew is often the person who would listen and when he spoke people listened to him because his voice was the loudest in the room even though it was the quietest.” 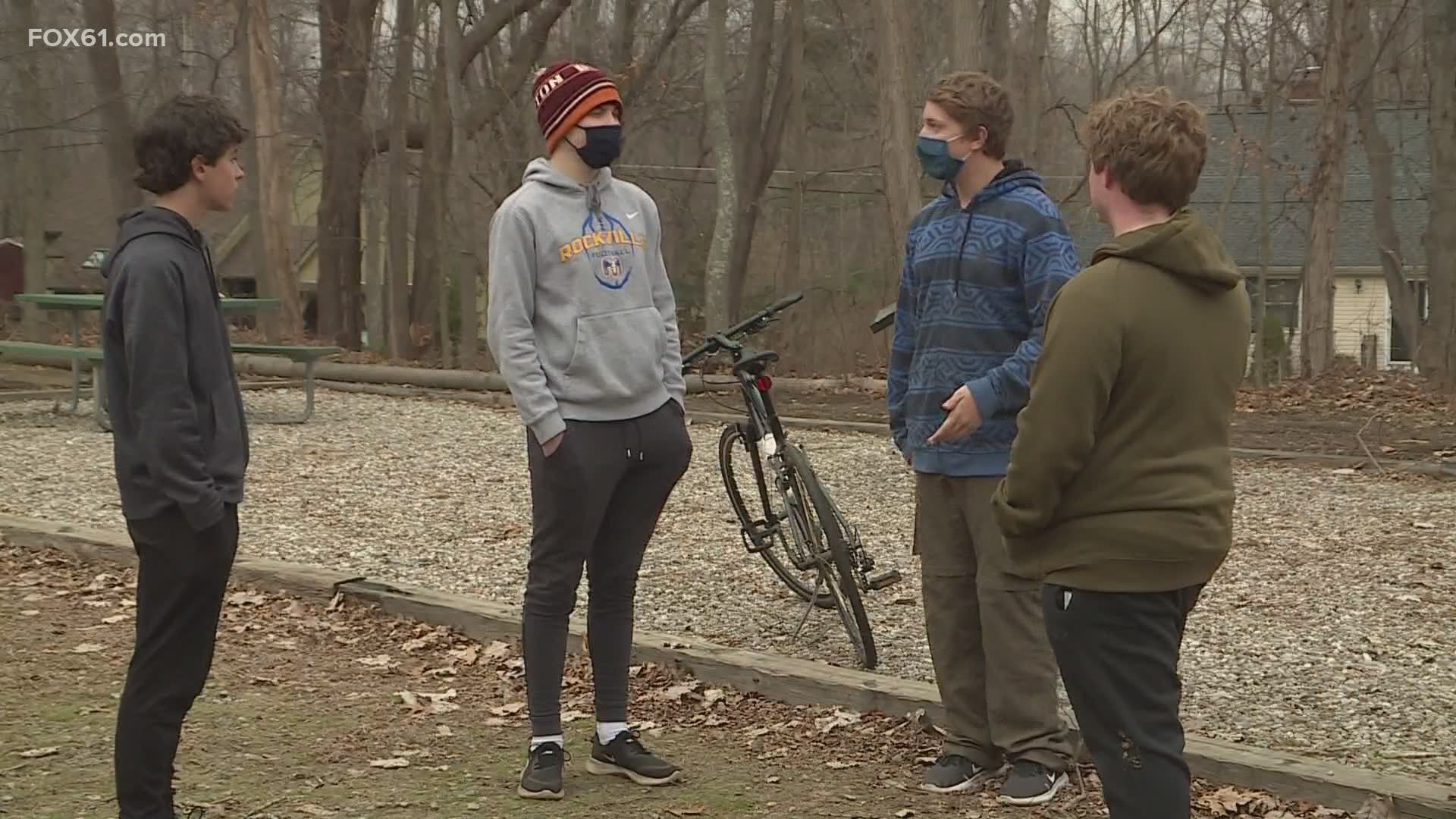 Now, after his death, the community is loud in returning support for his family by looking for their dog, Ollie.

“We all got together and we decided to just come look because it’s basically our civil duty to come look,” says Rockville High School Freshman, Joshua Prigano. “It’s the least we could do is help find their dog.”

A group of Rockville High School students, some family friends of the Aggarwalas, went out Tuesday night and Wednesday to the rails to trails pathway to look.

“We’ve seen a lot of people. Pretty much everyone we’ve walked past has been looking for it and everyone is talking to each other telling them what they know,” says Rockville High School Freshman, Cameron McCrystal.

“It’s amazing to see all these people, all our friends we know from school are coming together and we’re just working as hard as we can to try to find their dog,” says Sutherland.

The people who worked closely with Aggarwala at Vernon Soccer Club say they aren’t surprised that people are coming out for him now.

“That’s what I’m going to remember him is just his kind spirit,” says Kristoff. “His willingness to do anything to help somebody else out, too.”

GoFundMe in honor of Andrew Aggarwala

The family is deeply grateful for the outpouring of love and care they have received in the wake of their incalculable loss. Contemplating life without Andrew feels impossible but they know that the love they feel from everyone who cared about him will sustain them.

Please see how you may help the family and other organizations close to Andy’s heart here.

Many of you are participating in Facebooks GivingTuesday. We had this fundraiser set a few weeks ago as our main way to generate revenue in 2020 and this #GivingTuesday and your contribution will make an impact, whether you donate $5 or $500. Every little bit helps. 2020 presented unique challenges as the soccer club was not able to have any traditional revenue generating fundraisers to help with our operating costs. We will be moving into a new complex. We need new standard size goals and commercial equipment for our new state of the art concessions building. And on GivingTuesday Dec 1, Facebook will match $7 million in qualifying donations. Thank you for your support.