Police said it was one of two incidents, but it's not clear if the events are related. 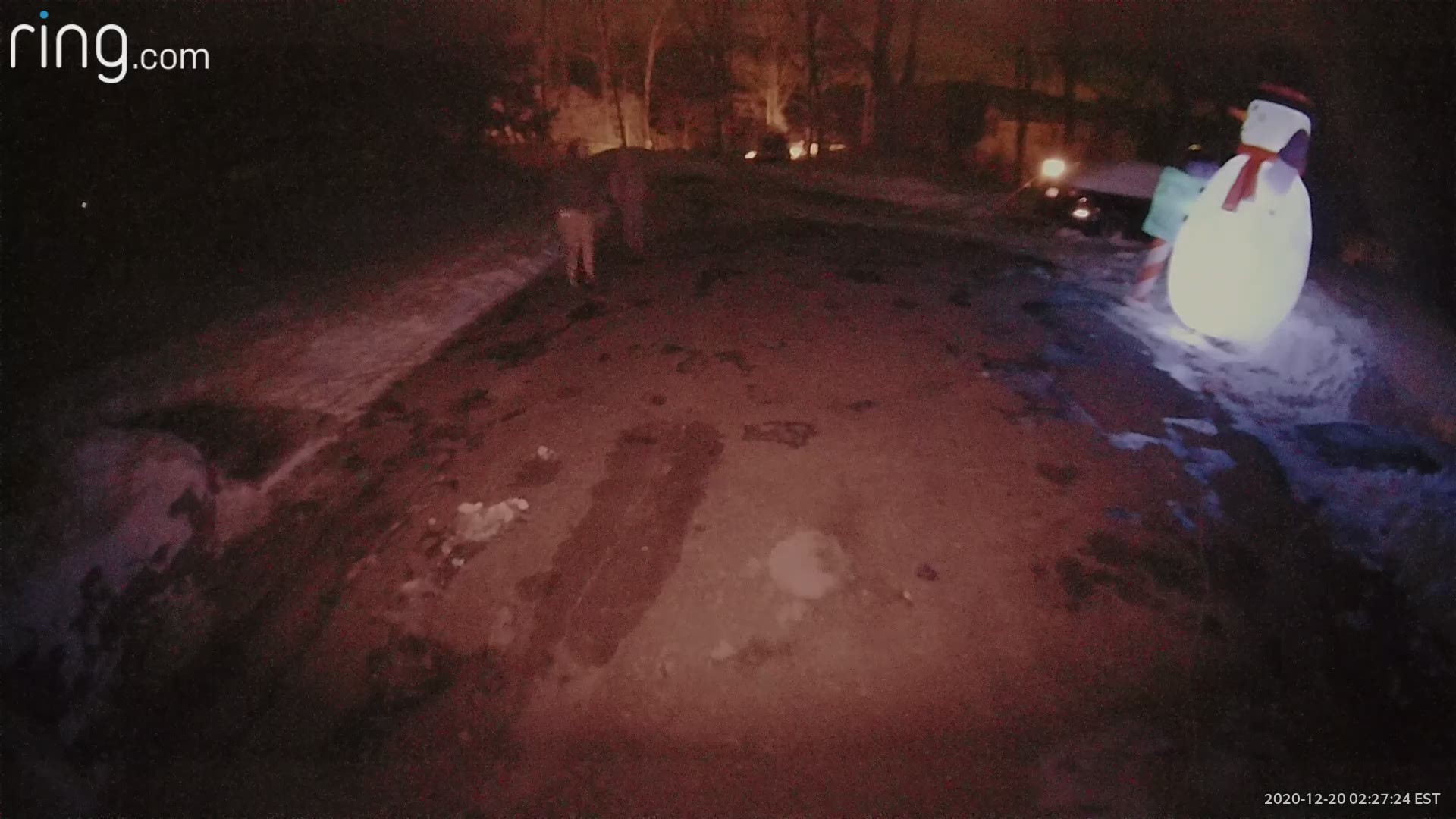 OXFORD, Connecticut — Police say vandals tried to tackle an inflatable snowman in the yard of a Oxford homeowner early Sunday.

Police said it was one of two incidents, but it's not clear if the events are related.

Video from a homeowner on Coppermine road shows two men walking up the driveway and then tackling the inflatable snowman. The snowman was nearly twice their height. When they finish, they run off and one of them was laughing.

Police said some other Christmas decorations on Roosevelt Drive that were also damaged, however there was no video, but they have not yet determined if the two incidences of vandalism are related.