Voices of Change | Looking for solutions to move forward together 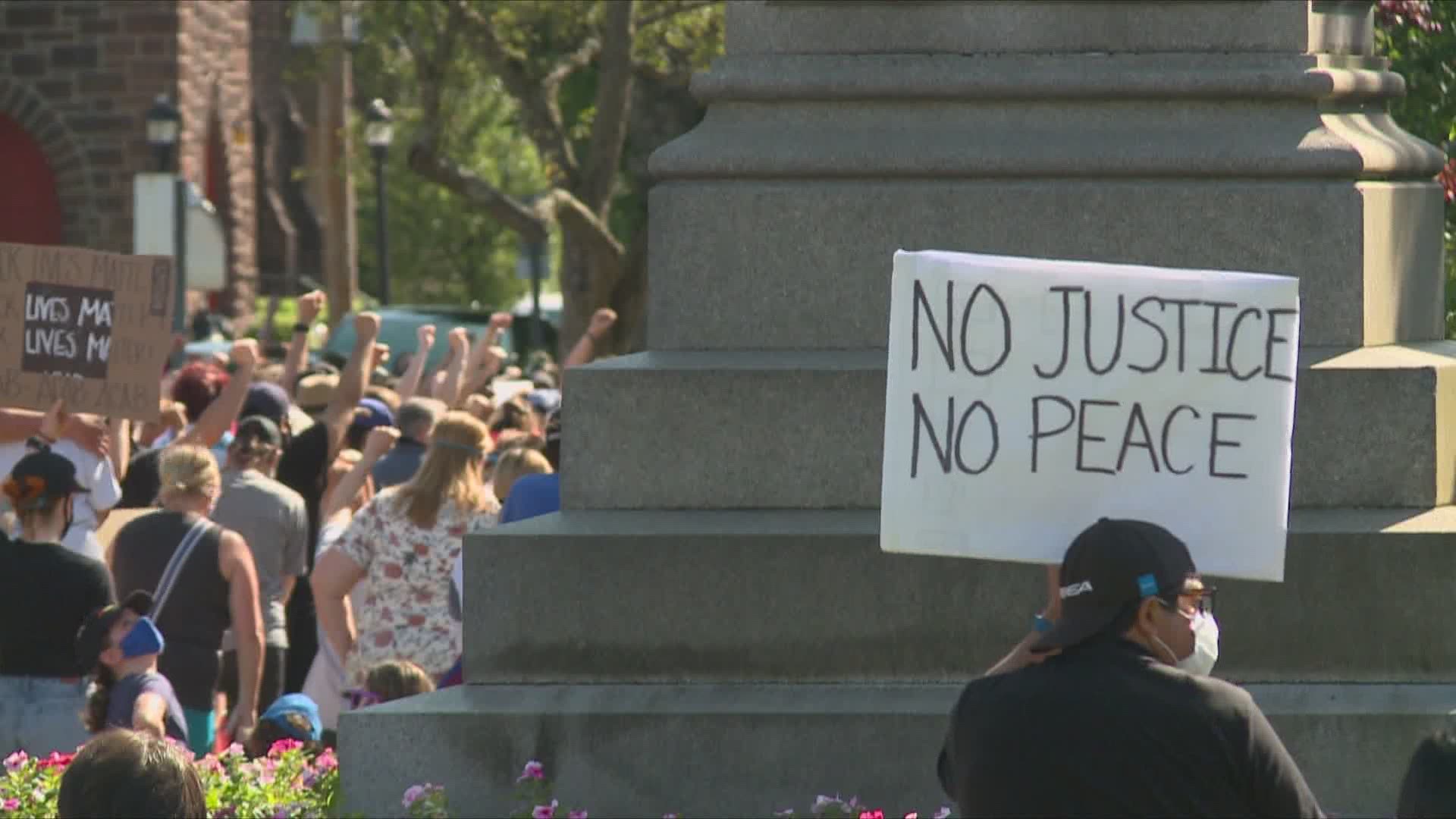 In an interview, FOX61’s Brian Didlake asked a protester in Wethersfield what would it take to trust law enforcement again, after the death of Anthony Vega Cruz back in 2019.

The protester, Greg Brown said, “That’s a good question, that’s a really good question what would it take for them to stop killing us, that’s how I’m going to answer that.”

This is a question that has troubled many. Can people of color trust the same men and women that are supposed to serve and protect them? 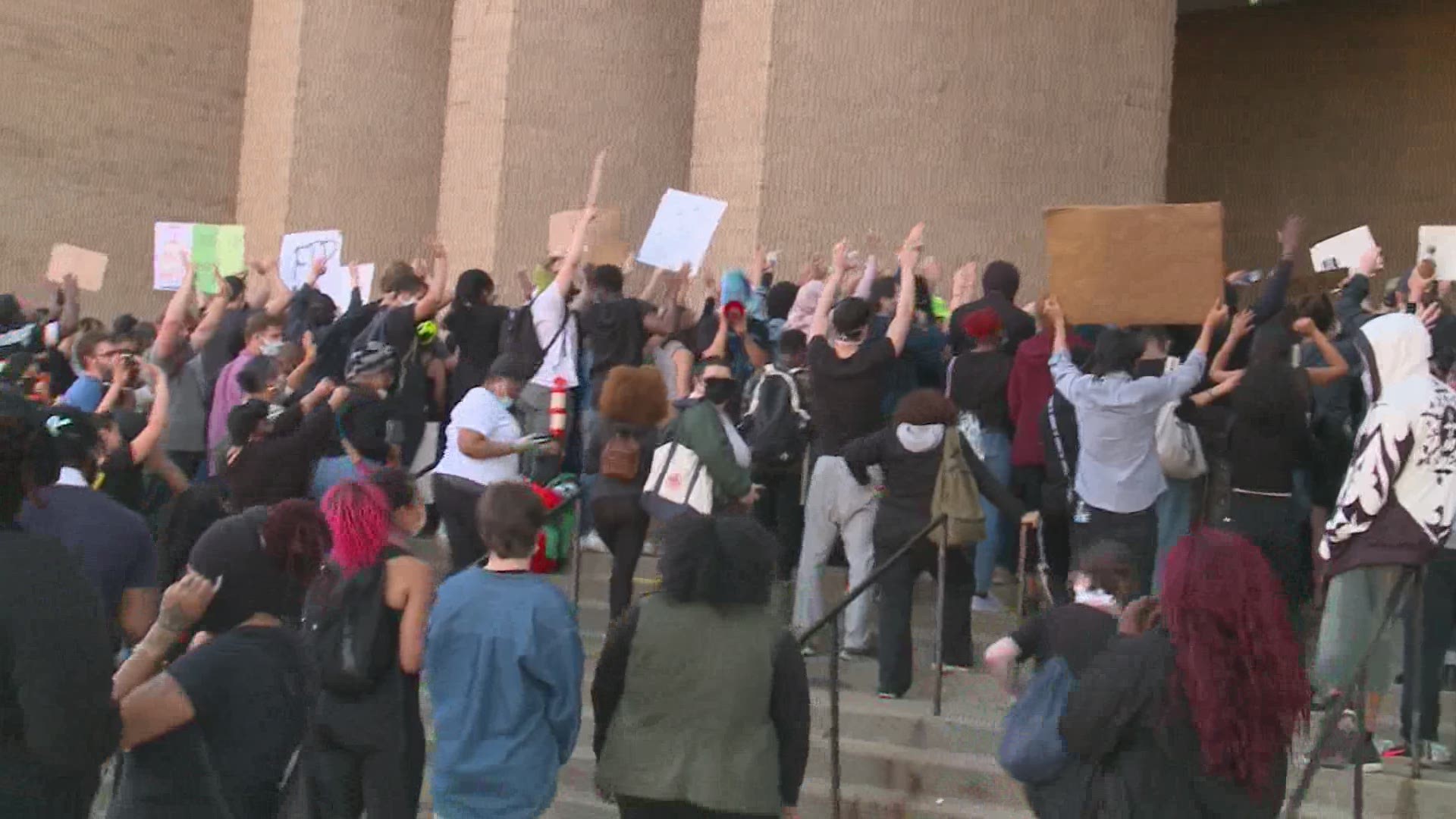 Bishop Selders said since the Black Lives Matter movement started in Ferguson after the death of Michael Brown in 2014, police shootings became a flashpoint for protests and riots.

Other deaths and the protests that followed over the years are currently forcing a conversation on race in America and in 2020 with COVID-19 forcing people inside there is now an overwhelming amount of people that say it’s hard to escape what they call the “ugly truth.”

Bishop Selders said, “We’ve got to tell the truth that white supremacy rules the roost here in Connecticut. We are too polite, we are very kind… it’s very polite to think of ourselves in a New England, Connecticut context on not so evil, not so malevolent right, but that thing exist here.”

So Bishop Selders said maybe it’s time to look to your neighbor and have a heart to heart.

Aurora Corteville calls herself a “white ally” and says it’s crucial that the white community continues to support the Black Lives Matter movement.

She says in just this short amount of time she’s learned more about Black history than she did in school.

From Emmett Till to the Tulsa, Oklahoma massacre of Black Wall Street.

Corteville said, “The atrocities that have happened to Black people and in our history is just unforgivable you have all of these people complaining about the rooting and the rioting and about all the poor business owners and having their businesses destroyed – granted two wrongs don’t make a right, but Black people have had this happen to them from day one.”

Corteville says for her at least she sees change coming from her white peers checking themselves for racism.

“I think people need to open up conversations I think everybody--- and I know Black people—it’s going to be a lot of white people, white allies and a lot of more Black work because unfortunately, you guys are going to have to answer ridiculous questions from people--- I don’t know how you guys do it, I just don’t know how you can sit there and have conversations with people that are obviously in your face racist, but we have to do that,” said Corteville.

During the protests, a term was frequently brought up calling for “Defunding the police”

A well-known activist, Kerry Ellington explained, “It’s actually, we like to term it a reinvestment, a redistribution of wealth, so defunding from the police department which has historically has been overfunded and putting a stop on the defunding of city services and suburban services that our most vulnerable communities need and actually redistributing the funds into those services.

Many protesters are still pushing for money to be taken out of police departments and redistributed to community services like affordable housing, schools, and public health.

The city of Hartford took away one-million dollars from the police department just last week and rerouted that money to city services.

Yet, another million is staying within the Hartford Police Department but dedicated specifically to domestic violence and community walk-beats training.

Mayor Luke Bronin said, “What our council did was to reduce or reallocate some of it within the police department about 6-percent of the police budget and I support that, and yes, there were proposals on the table to cut a quarter of the police budget overnight; that just wouldn’t of been responsible. It just would’ve left us with a hundred fewer officers… no community service officers, response time would be too long and nothing to replace that, that would keep our community safe so that’s why I think it’s so important for us to recognize that we do need police and also we should be working together to re-imagine to rethink public safety.”

In a different perspective on how the state should move forward, Eric Brown, who is a long-time police Union Attorney said, “I do think that as we go forward in addressing the concerns that Minneapolis has raised that we become more aware of biases leaking into job performances and in the hiring process address those issues and assess folks on those biases.” 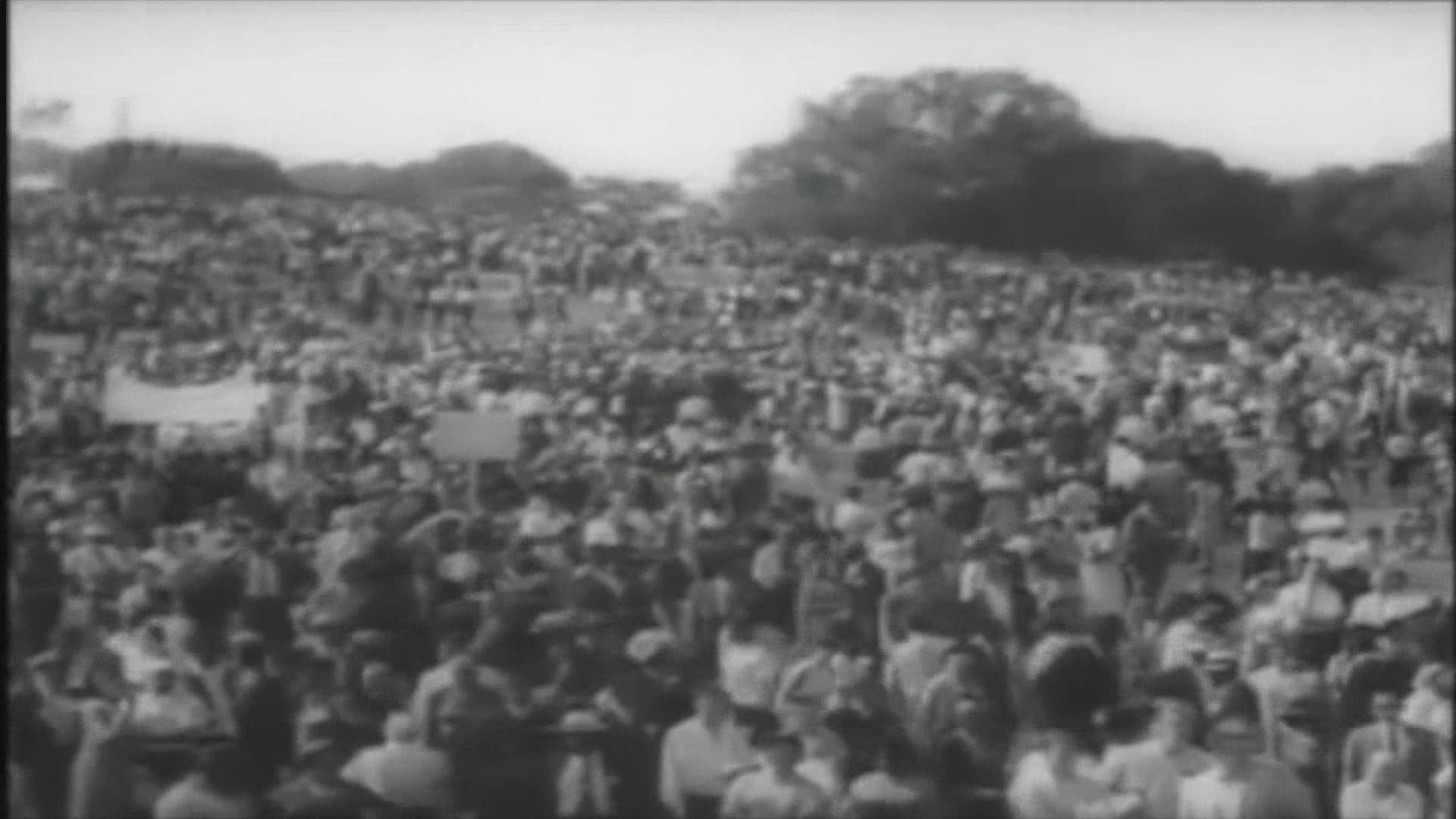 Eric Brown has over 20-years’ experience defending and advising police unions in the state.

Brown says he has represented good cops and bad but says overall the way law enforcement is managed here in the state of Connecticut is rather good.

Brown said, “We’ve seen bad cops do bad things, not to the level of what happened in Minneapolis, but there has been some violence, a lot of mistakes that are being made and the common denominator for us at least is that we talked to management about how we are going to solve the problem and frequently that involves additional training, a level of discipline that is commensurate with what occurred  and in the severest cases a way to move that officer out of policing  and it’s not as simple as just kicking them out and letting the door hit them in the back you got to find a way to let him or her land and move on and so we negotiate severance packages because you have to understand the officer did make a commitment to the police department and to the public he just failed in performing the job, that happens a lot but you need to give them a way out because if you don’t give them a way out then you’re going to get arbitrations and then you don’t know what the outcome is going be.”

But what about accountability?

In Buffalo, New York a scene played out in a viral social media video where we saw a critically injured man elderly man protesting when appearing to be shoved by local police.

When it was noted that the man bled from his head, another officer tried to help but is stopped and ushered to keep moving.

So the question remains, How can officers hold each other accountable?

Brown said, “It’s an excellent point, and there is a program that the New Orleans Police Department has implemented, and it’s called EPIC and generally the idea behind EPIC is that when a fellow police officer sees another police officer engaging in an improper use of force or going down a road that could lead harm to an individual the brother and sister officer are trained to intervene to remove that officer  from the conflict, not only to ensure that the member of the public is not harmed but to also ensure the police officer doesn’t harm his career  or his ability to continue to make a living.”

A similar concept inside governor Ned Lamont's executive order signed this week affecting state police where troopers will be required to step in if they see a law enforcement officer using excessive force.

Chief Higgins said, “We need to model the behavior that we want future police officers to make  right now it is extremely tough because young people are conflicted I teach criminal justice at the University of New Haven and I have students emailing me saying ‘Chief what are we doing?’ and these are some long talks that we have to have with young people who want to get into policing or in the criminal justice system at all because it’s not just  the police we have to the assessment of the entire criminal justice system and make some decisions about equity in terms of race, gender and  class issues.”

Whether through police reform or through defunding, re-investing, addressing systemic racism, or even racism at its core, America is at a crossroads and it’s only by changing hearts can this country move forward.

Conversations still need to be had, but as society moves forward in these uncertain times, reflect and inform yourself.

With an open heart and an open mind hearts can change, people can come to common ground and as the Black Lives Matter movement continues, we here at FOX61 will continue to document and inform.