The Vice President will first visit the Boys & Girls Club of New Haven with Secretary Miguel Cardona and Senators Murphy and Blumenthal. 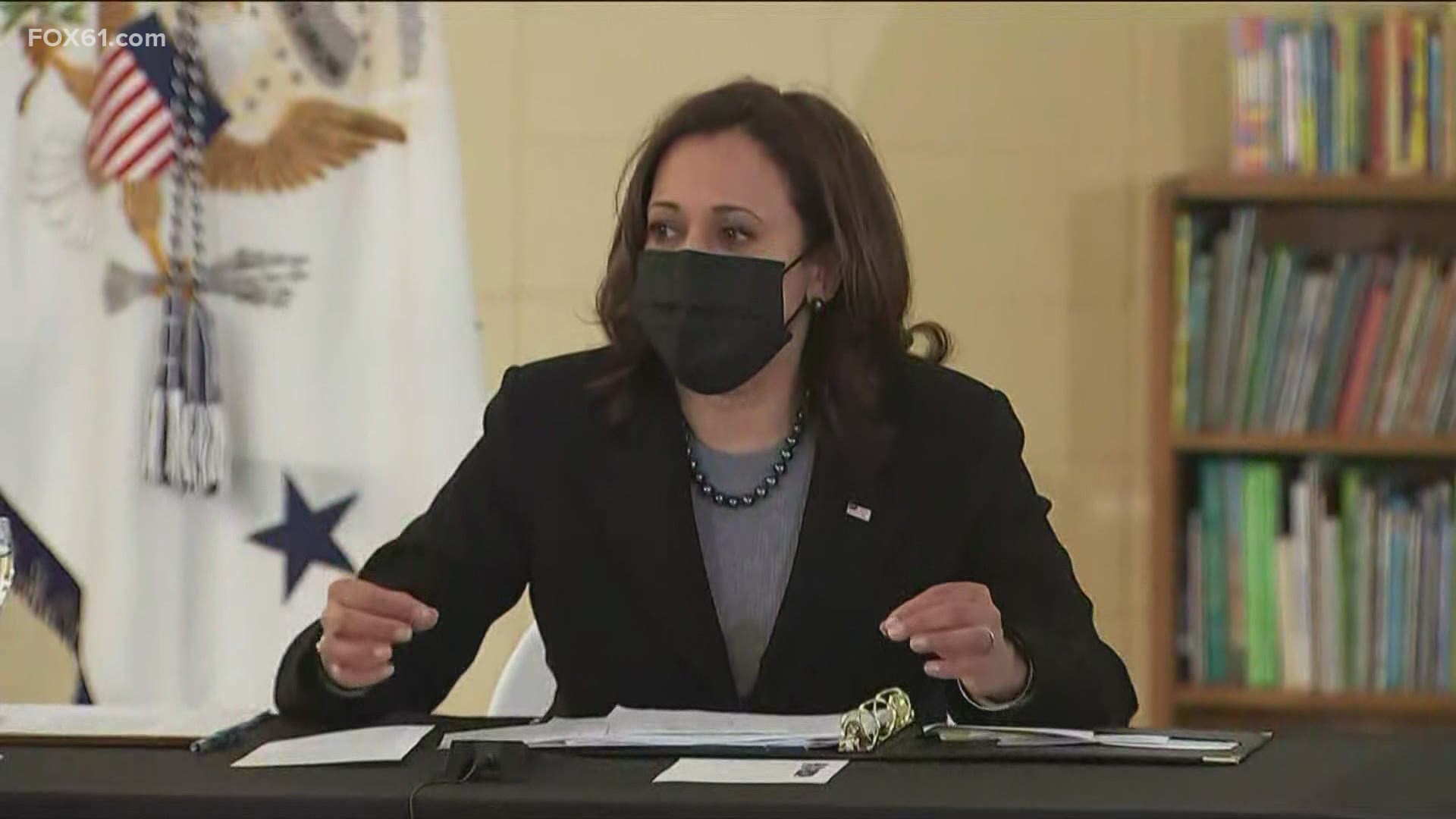 NEW HAVEN, Conn. — Vice President Kamala Harris got a firsthand look Friday at how Connecticut plans to spend some of the billions of dollars it will receive from the recently passed American Rescue Plan.

The vice president – in her first trip to the Nutmeg State since taking office – visited as part of the White House’s ambitious “Help is Here” tour promoting the $1.9 trillion stimulus bill passed by Congress earlier this month.

The focus of the trip was to highlight the challenges Connecticut and cities around the country are facing in regard to child poverty and education, especially in light of the COVID-19 pandemic.

“We are having this conversation to hear about the challenges and crises we are facing in this country that in many ways have been accelerated by the pandemic,” Harris said ahead of a listening session at the Boys & Girls Club of New Haven. “But I do believe the pandemic really has been an accelerator and also highlighting, making very clear the (inaudible) and the fault lines in our systems.”

So great to catch up with my friend @VP Kamala Harris in New Haven. We had a great conversation at the Boys and Girls Club about how the American Rescue Plan will rescue millions of kids out of poverty. pic.twitter.com/lsjEz1Uqph

“This is a moment then, as we look at where we are, it is a moment to leapfrog over what otherwise might have been incremental change to actually fast forward in addressing the longstanding issues that have affected our children,” Harris said.

The vice president’s trip then continued to the West Haven Child Development Center, where they met a classroom of three and four-year-old children ahead of prepared remarks by Harris. She was joined by Cardona and Rep. Rosa DeLauro.

“I want to see Kamala Harris” one girl named Galya said. “I’m going to tell all my family about you.”

Harris said she was impressed by the preschoolers.

“I am positive one of them will be President of the United States,” she said.

In her remarks, Harris that visiting the center showed that when a child is supported by the correct infrastructure it says to them that “they have beautiful brains that must be fed.”

“These children can and will be anything they choose,” she added.

Meriden-native Cardona, who introduced Harris, said the United States is at a critical point where “we get to hit the recent button on things we need to fix.”

“This is our moment,” he added. “And it always amazes me how when we need our educators to step up, they stand up and provide solutions and that is what we’re going to do.”

The vice president's visit came less than a month after First Lady Dr. Jill Biden joined Cardona during a visit to an elementary school in Meriden.