The Rashba's started with blowups on their front yard but things quickly escalated. 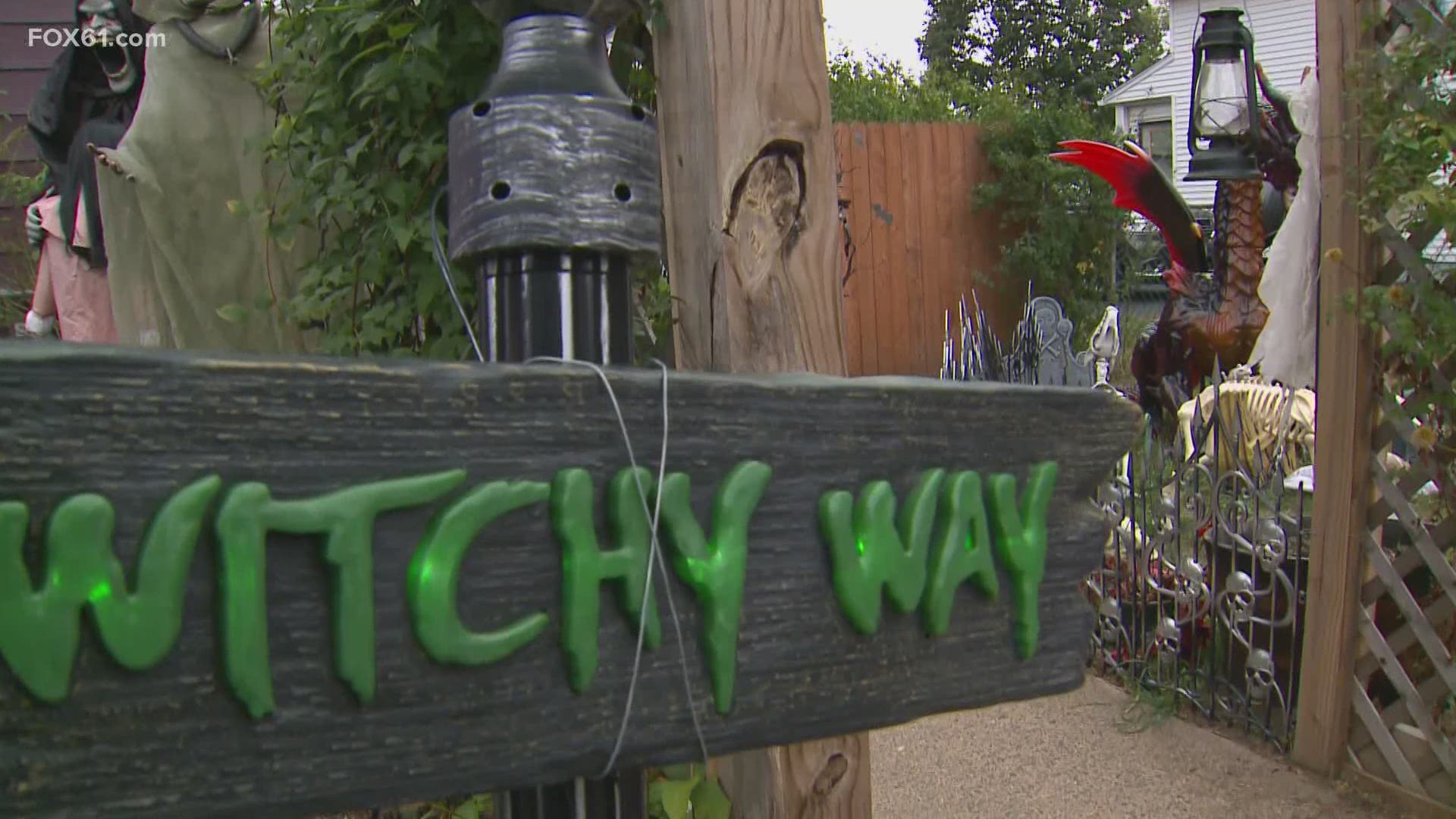 WALLINGFORD, Conn. — There has been a lot of talk over whether Halloween will still happen this year. For the Rashba family, they made sure it is not canceled through their extravagant front yard display on Clifton Street.

"We started on Labor Day and we just finished two days ago," said Larry Rashba of Wallingford.

The Rashba's started with blowups on their front yard but things quickly escalated.

The family hit up stores like Home Depot and Spirit Halloween where they have spent up to seven-thousand dollars on their display.

For the past five years, the Rashba's display has gotten bigger each year, but they wanted to make it an even bigger deal with this year with hopes it will entice trick or treaters to come out.

"Come around 7 o’clock at night, the whole front of the house is full of smoke," added Rashba.

Their bigger and even better decorations come with a purpose this year.

"A lot of people are having trouble getting into the spirit with everything that’s going on and I’m tired of seeing that. I want to see smiles back on people’s faces," added Rashba.

Whether you have decided to partake in this year's festivities, the Rashba's are letting everyone know they will be putting out a bucket in front of their home.

"This house will be handing out candy one way or another," added Rashba.

The family said the display will come down the day after Thanksgiving and that is when they will start on their Christmas display.

One family says Halloween will NOT be cancelled at their home this year. In fact, they’ve made their display outside their home even bigger than previous years with hopes trick or treaters will still come out to get their candy. That story coming up at 5 on @FOX61News! pic.twitter.com/nH58Go8Xxx