As the ambulance was making a legal left turn into a parking lot, a black Ford pickup truck was traveling north in the southbound lane and hit it. 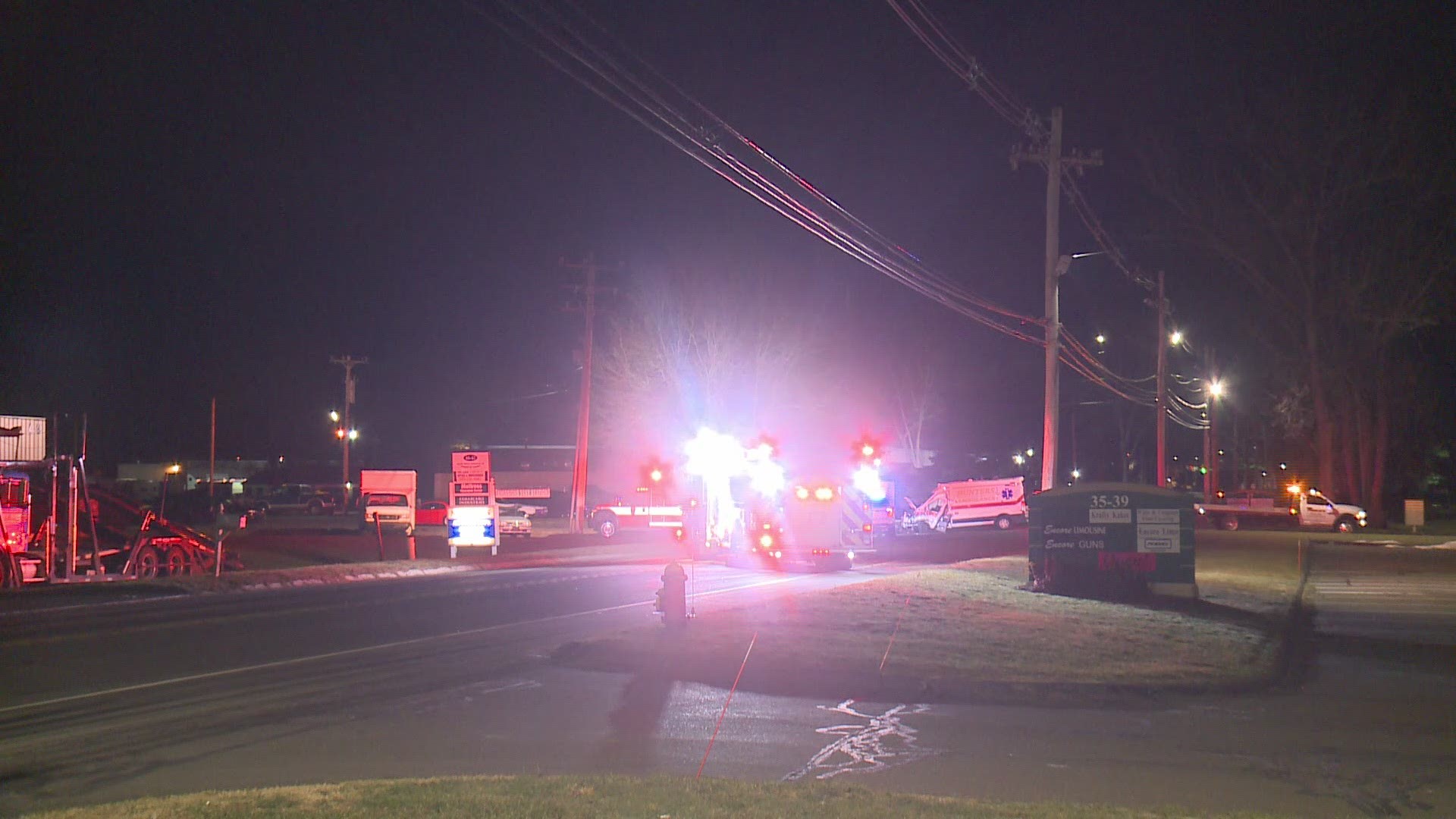 WALLINGFORD, Conn. — Wallingford police are investigating a hit and run accident Saturday where an ambulance was damaged and the crew was injured.

Police said about 8:20 pm, they were called to the area of 21 North Plains Industrial Road on the report of an evading motor vehicle crash.

Police said there were no patients in the ambulance at the time of the crash and no serious injuries to either the driver or passenger of the ambulance, however, the ambulance sustained heavy damage and was towed from the scene.

Wallingford Police said they are investigating to find out the identity of the driver of the pickup truck at which time an arrest warrant will be prepared for the applicable charges.