Warming hearts in Hartford with soup 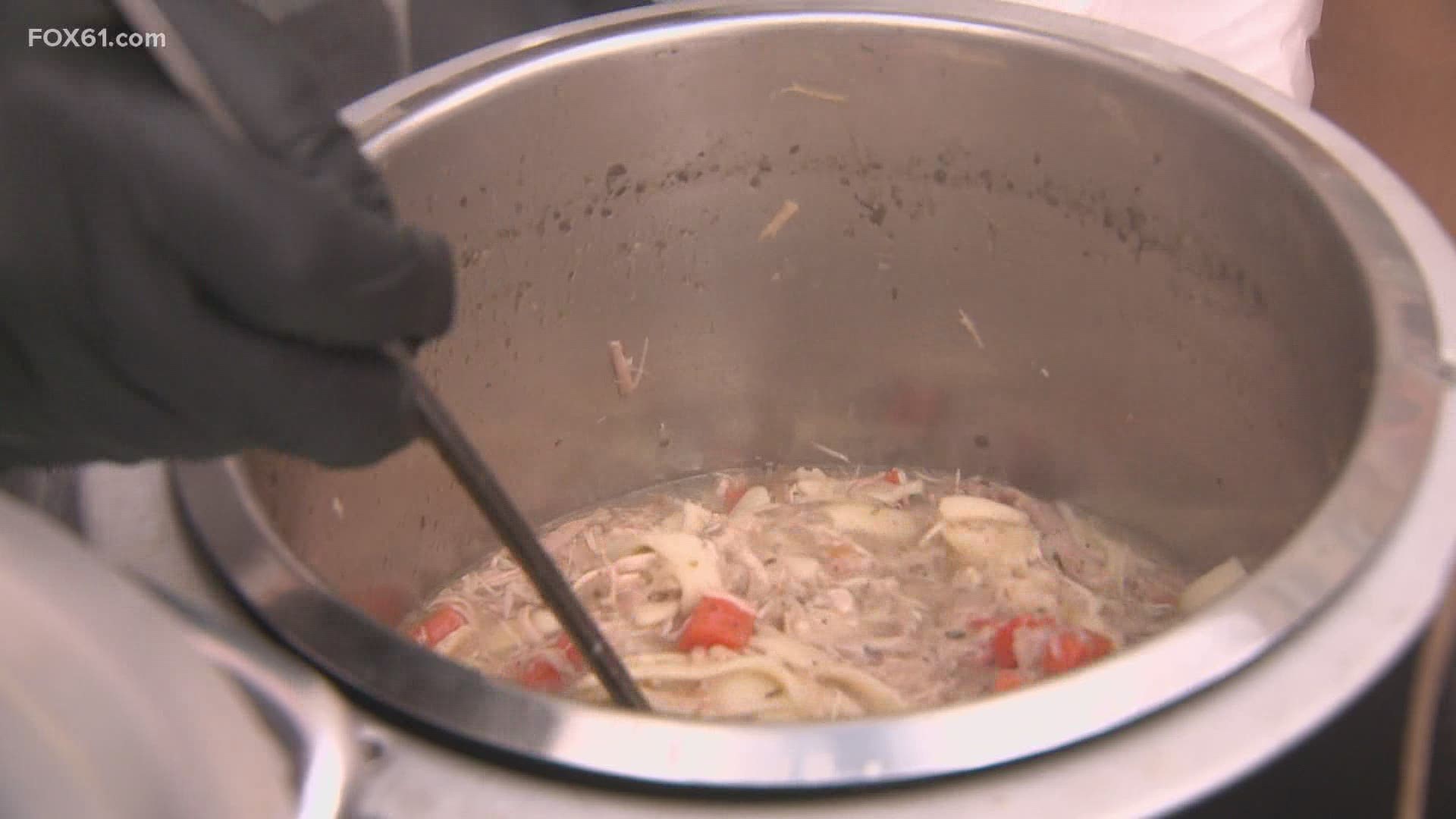 HARTFORD, Conn — Thursday morning leaders from the Hartford restaurant community were stepping up to serve men in need one bowl at a time.

“The best part about soup is that it is warm and comforting and you can feed tons of people with it and it is just a touch of home,” says Chanthoeun Thanh, Hartford Restaurant Group’s Culinary Director

Chanthoeun joined his team to serve sandwiches and handcrafted turkey soup to clients at The Open Hearth.

“I think food is one of those things that really brings everybody together, like especially in these times, in every culture there is soup, A lot of cultures are based around soup, and it is the best way to feed a mass amount of people with not so much,” he says.

The goal was simple; to get a hot meal to anyone in need at the Hartford homeless shelter.

“We are in the hospitality industry, it is what we do, it is in our blood, we take care of each other, says The Hartford Restaurant Group’s Phil Barnett.

The non-profit serves up to 500 homeless men from the Capital City and surrounding communities every year and it’s been doing so since 1884. Rossetti says the kindness goes a long way, “First of all it shows us that we are not alone, that we continue to not be alone, I think it shows that our community that is sometimes overlooked and thought of last, are not being.”

Chef Thanh hopes his careful attention to detail shows his new lunch guests how much he cares.

“Hopefully they get a little touch of nostalgia, from their childhood and everything, and enjoy the soup, it is definitely the perfect season for it with all the snow around us,” says Thanh.