BOSTON — A jailhouse friend of Aaron Hernandez released a statement one week after his death and is alleging some of the items Hernandez left behind belon... 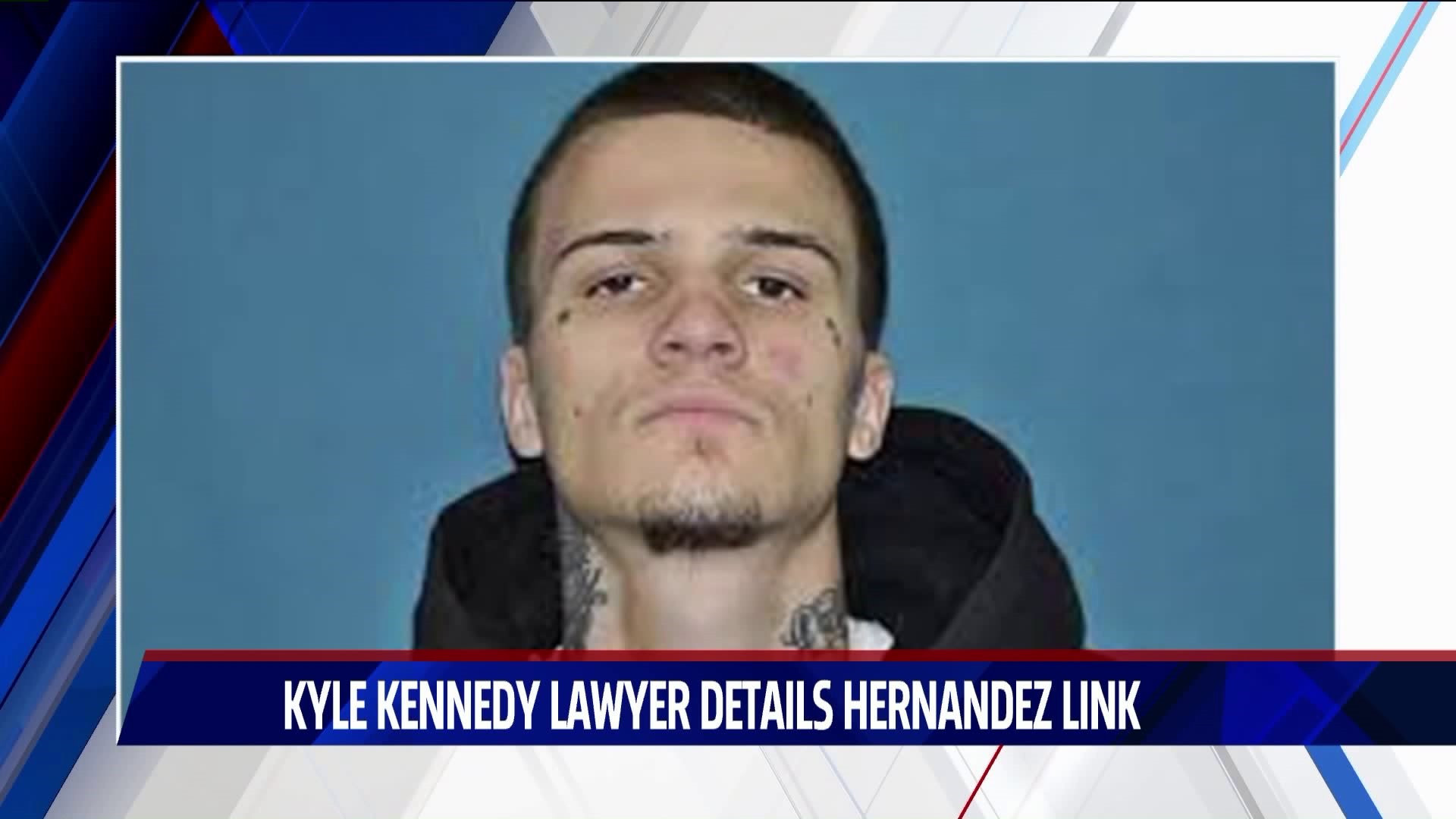 BOSTON -- A jailhouse friend of Aaron Hernandez released a statement one week after his death and is alleging some of the items Hernandez left behind belong to him.

Lawyers for Kennedy held a press conference Wednesday. They said the former NFL star hinted at killing himself weeks before he was found hanging by a bedsheet in his prison cell last week. Lawrence Army Jr., said Hernandez told his client in early March that he was thinking he was "going to hang it up."

Army said his client didn't take the comment seriously at the time. Hernandez apparently made the remark while on trial for the killing of two men in Boston in 2012. That trial began in February and ended on April 14 with Hernandez's acquittal.

Army also said the two inmates had been close and even requested to be cellmates months before Hernandez died. He says that request was denied by prison officials. Army declined to describe Kennedy's relationship to Hernandez but said that Kennedy had at one time been placed on suicide watch at the maximum-security prison in Massachusetts as a precaution. Army said Kennedy is no longer on suicide watch.

"Mr. Hernandez refers to my client in both letters not by his legal name only but by his prison name of 'Pure,'" Army said. "I'm going to read one line that was written by Mr. Hernandez in September of 2016 to Kyle Kennedy's father. 'Mr. Kennedy, it's Aaron. I'm writing to you and Pure doesn't know. I wrote to him to let you know I wrote to you out of respect for him. He's my brother and he always will be.'"

Authorities have said Hernandez left behind three notes before he hanged himself Wednesday, but they've declined to say who they were addressed to or what the notes said. Army said one of those notes was addressed to Kennedy and he wants his client to have access to it.

Army also said Hernandez promised Kennedy he would give him a $47,000 watch if he ever got out of jail or if he died.