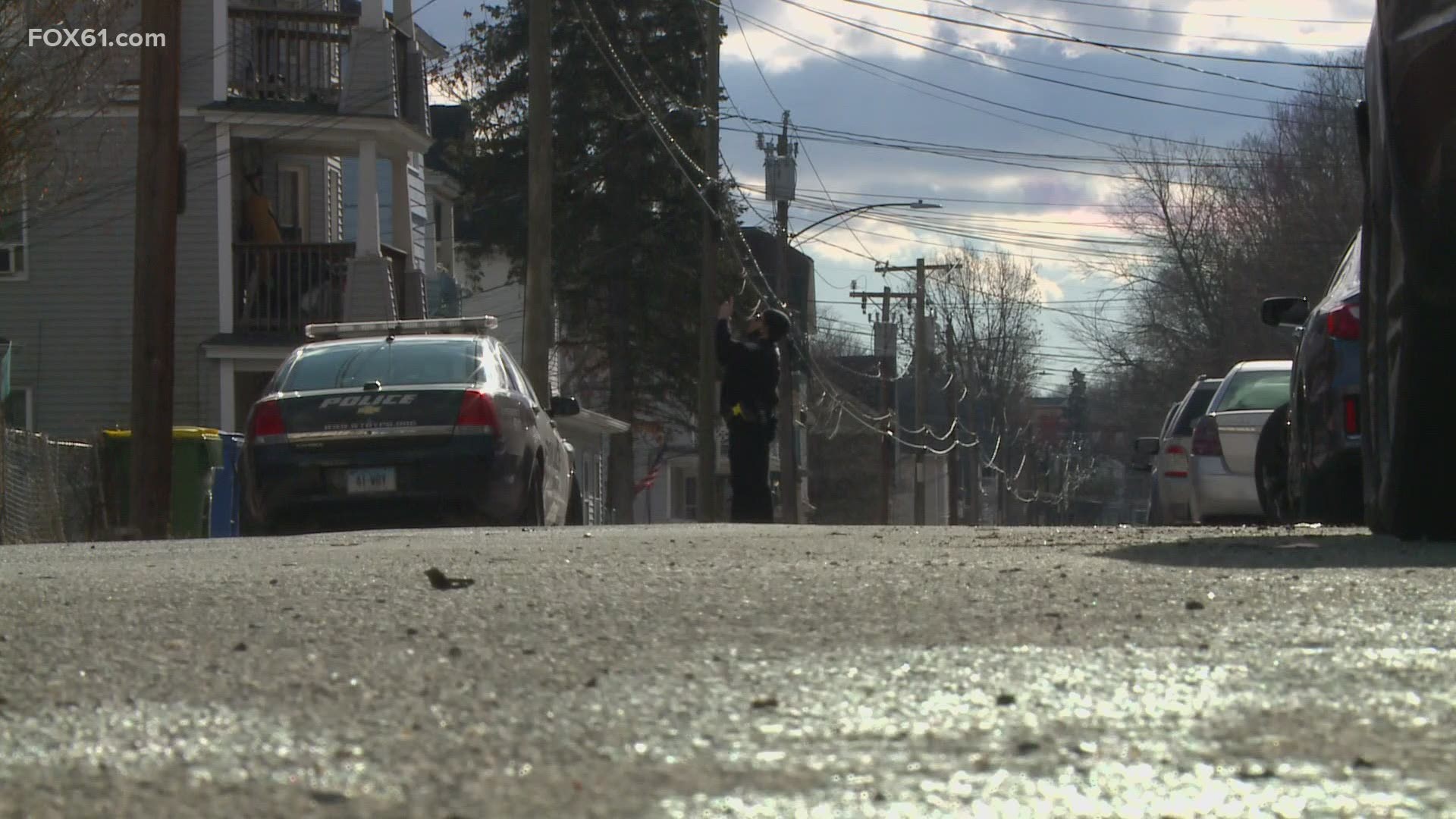 WATERBURY, Conn. — Police said a 17-year old has died after he was shot in the chest early Friday morning.

Police are now on the hunt for the people responsible.

It started on Esther Avenue when police received a report of a shooting and a fight involving people in two cars. A neighbor there described what she heard.

"We did hear yelling at first and then I thought I heard a scream with the first two gunshots and then right after was where the ... had happened," said Samantha Tata of Waterbury.

The two cars eventually ended up on Alder Street where they crashed into multiple cars. One of those cars belonged to Krista Edwards whose ring doorbell camera captured the sound of the crash.

She and her brother walked out of their home to see the serious damage left on their cars.

"It hurts my heart because I got kids too. It really hurts. I don’t know. These kids these days with the gun playing. It don’t make no sense!" added Edwards

Police said a dark-colored SUV drove off from Alder Street, but a Hyundai stayed on the scene.

During the investigation, they said the 17-year old was dropped off at Waterbury Hospital where he later died. His name is not being released at this time.

Officers found empty shell casings in the back of a home on Esther Avenue and on Alder Street.

"I’m on the first floor! A stray bullet could’ve killed me and my kids here," added Edwards.

If you witnessed the crash or the shooting and have additional footage to share, Waterbury Police are urging you to reach out to them.

UPDATE: This is now a homicide investigation. A 17 year old was shot in the chest and later died in the hospital. https://t.co/UUadgdox4y

This is an active and ongoing investigation. Anyone with information about this incident is asked to call the Waterbury Police Detective Bureau at (203) 574-6941.