Over in the East End, Alderman George Noujaim also received a letter last week at his home and city hall after speaking out on social media. 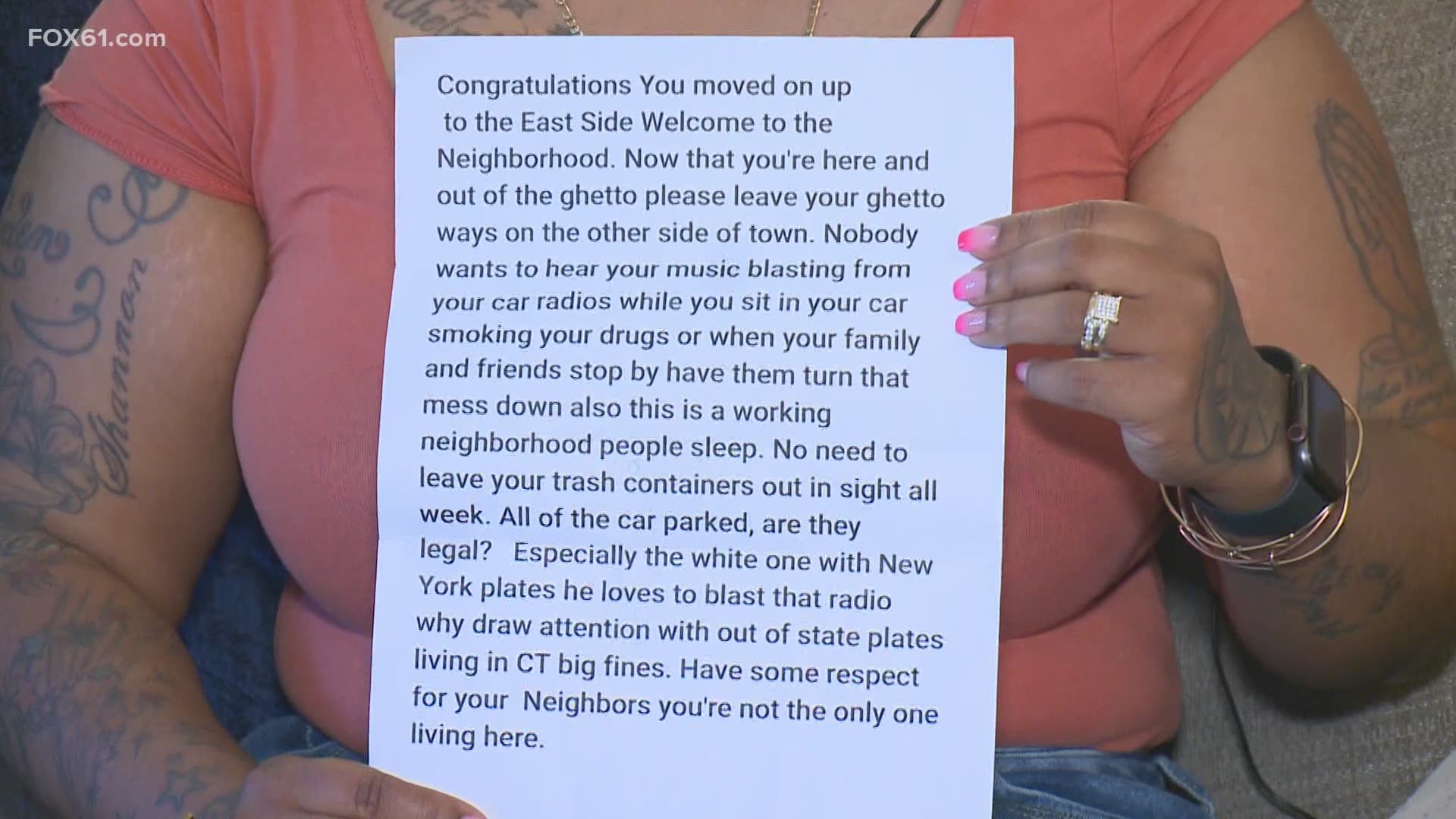 WATERBURY, Conn. — A Waterbury mother says she received a letter with racist remarks shortly after moving to the East Mountain neighborhood.

“Congratulations, you moved on up to the East Side. Welcome to the neighborhood,” the letter begins. “Now that you’re here and out of the ghetto, please leave your ghetto ways on the other side of town.”

“What do you consider ghetto? Did you assume that because my skin is a different color than yours?” said Tashia Autry, who says she received the letter just a couple of days after a family cookout.

“Nobody wants to hear your music blasting from your car radios while you sit in your car smoking your drugs or when your family and friends stop by. Have them turn that mess down,” the letter continues.

Autry, a longtime Waterbury resident who recently moved to the new home in East Mountain, told FOX61 she was disappointed with the way the anonymous sender handled the situation.

“Like wow, how dare you,” Autry said. “What if my children would have opened this and read it?”

Over in the East End, Alderman George Noujaim also received a letter last week at his home and city hall after speaking out on social media.

“Basically saying that this resident has been a nuisance for the area and for me to stay out of it, mind my own business,” Noujaim said.

He said the area is diverse in culture and wants to foster a welcoming environment. He said there are better ways to go about this.

“Don’t send a letter like that to a neighbor, especially anonymously. If there’s issues going on, bring it up to our representatives and our City Hall and we will take care of it,” Noujaim said.

While it’s not the welcome she expected to get, Autry still chooses to handle this situation with compassion.

Noujaim said police are investigating the letters. We reached out to Waterbury PD for more information on the investigation and will update you as soon as we get more details.