A third Western Connecticut State University student was seriously injured in the crash. He is expected to survive. 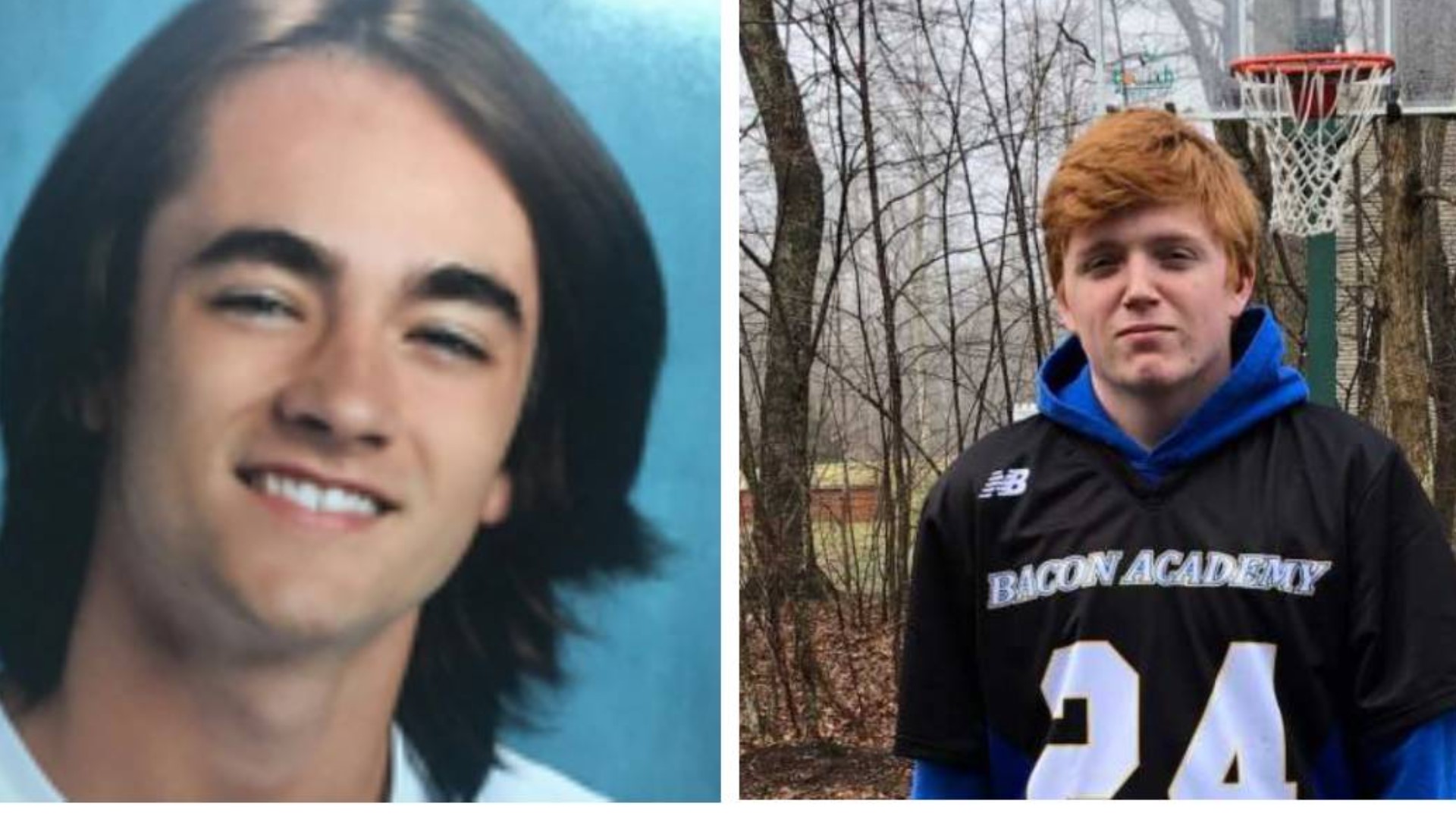 COLCHESTER, Conn — Students and faculty at Western Connecticut State University are remembering two of its first-year students who died in a crash in Colchester on Friday.

Jacob Chapman and Tyler Graham, both 18, died after the car they were in tried to pass another vehicle while driving on Route 354 by Lake Hayward Road in Colchester.

Connecticut State Police said the Nissan Altima the teenagers were in went off the road and crashed into the metal beam guardrail and down an embankment.

Credit: Courtesy of WCSU
Jacob Chapman (left) and Tyler Graham (right), both 18, died in a crash in Colchester. They were lacrosse players and students at Western Connecticut State University.

A second passenger, 19-year-old Trey Massaro, of Dalton, Massachusetts, was seriously injured and taken by LifeStar to Hartford Hospital. Police said he is expected to survive.

WCSU confirmed the three teenagers were first-year students and members of the school’s lacrosse team.

Chapman and Graham were both pursuing a Bachelor of Business Administration from the Ancell School of Business and attended Bacon Academy in Colchester, the university said.

Massaro is pursuing a Bachelor of Science in Justice and Law Administration-Law Enforcement from the Ancell School of Business. He attended Wahconah Regional High School in Dalton.

The university plans to hold a memorial for Chapman and Graham soon.

“We will continue to mourn the loss of two of our promising young students and hope for a strong recovery for Trey,” Dr. John B. Clark, president of WCSU, said in a statement Saturday.

To the WCSU community, I have additional information about the devastating accident on Friday that took the lives of...

The First Selectman’s Office in Colchester released a statement Saturday morning, offering its condolences to anyone affected by this “terrible tragedy.” The office said counseling services will be offered by Colchester Youth Services in the coming days.

“Our Colchester community is heartbroken over the sudden loss of residents Jake Chapman and Tyler Graham,” the statement said. “Both Jake and Tyler were deeply committed to their community and to their schools. Full of promise and hope for the future, they represented the best of Colchester's young people and will be sorely missed by all who knew and loved them.”

CT-Shoreline Lacrosse, where Chapman played, issued a statement on Twitter.

“It is with great sadness that we mourn the loss of Jacob Chapman, who was a beloved member of the Sharks family,” the statement said. “Chappy, recent alum from our 2021 team, always held a positive mindset and had an infectious smile and laugh that spread throughout the team.”

It is with great sadness that we mourn the loss of Jacob Chapman, who was a beloved member of the Sharks family. Chappy, recent alum from our 2021 team, always held a positive mindset and had an infectious smile and laugh that spread throughout the team. pic.twitter.com/Wj20Z6kX3h

"We will miss you & keep your memory alive throughout our program. Our deepest condolences to the Chapman family. Please keep his family, friends, teammates, coaches, & other members of the communities he was a part of in your thoughts as we all share in the sorrow of such a loss."

Connecticut Valley Lacrosse, where Graham played, said in a statement on Facebook that “Tyler was a phenomenal athlete, someone who would do whatever it takes to make his mark on the field, and a player whose work ethic was so infectious that those around him pushed themselves to be the best they could be.”

Each of our players make a lasting impact on their teammates and coaches. This game builds bonds and friendships that...

“Life is too short. Tyler we will miss you as will all whose lives you’ve impacted,” the statement continued. “Our hearts and thoughts go out to the entire Bacon Academy and Colchester communities, his WestConn lacrosse teammates and a coaches, and Tyler’s friends and family. Rest In Peace, Tyler. We will never forget you and the time you spent with our program.”

The crash remains under investigation. 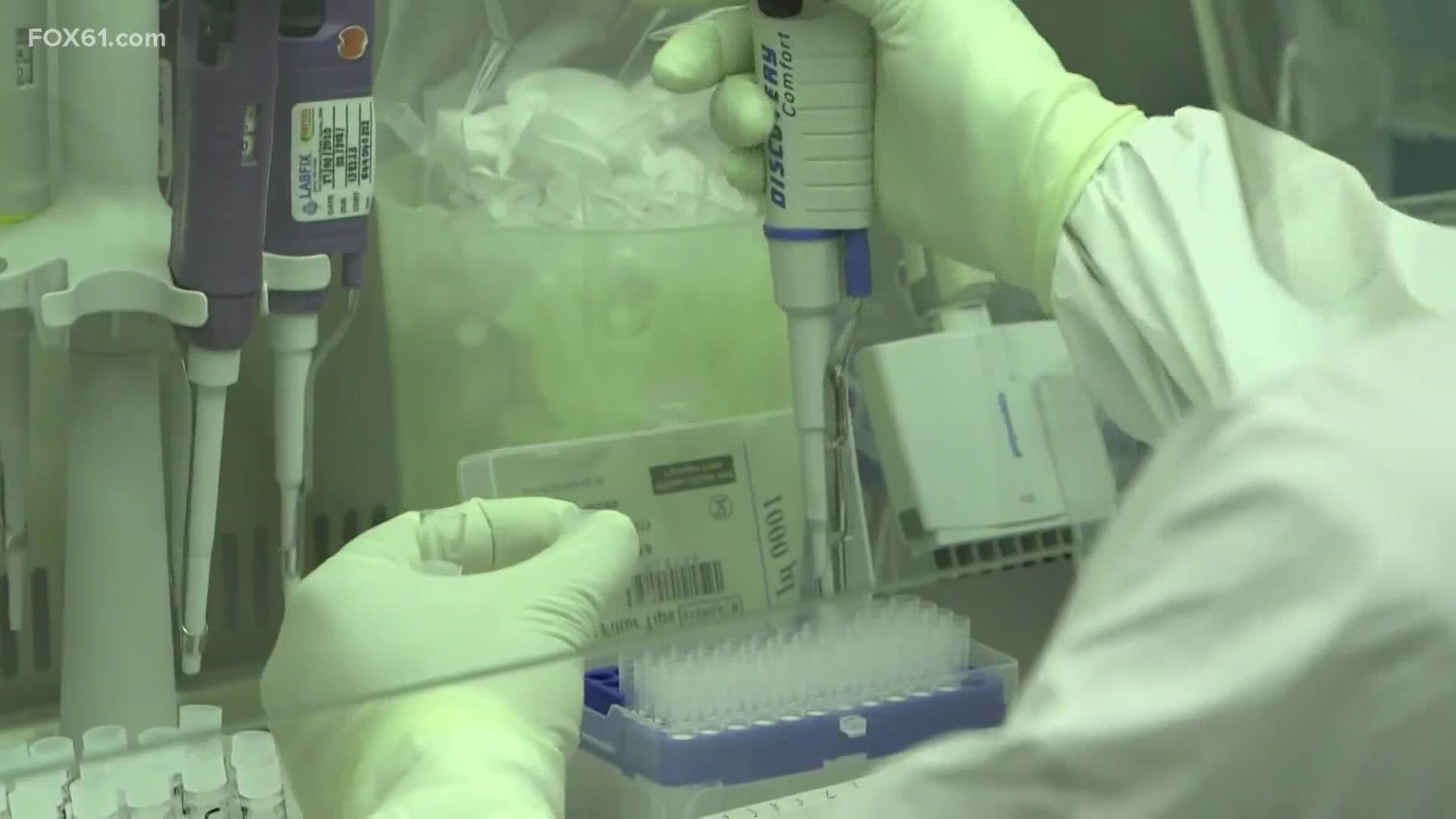