Road may be closed for several hours 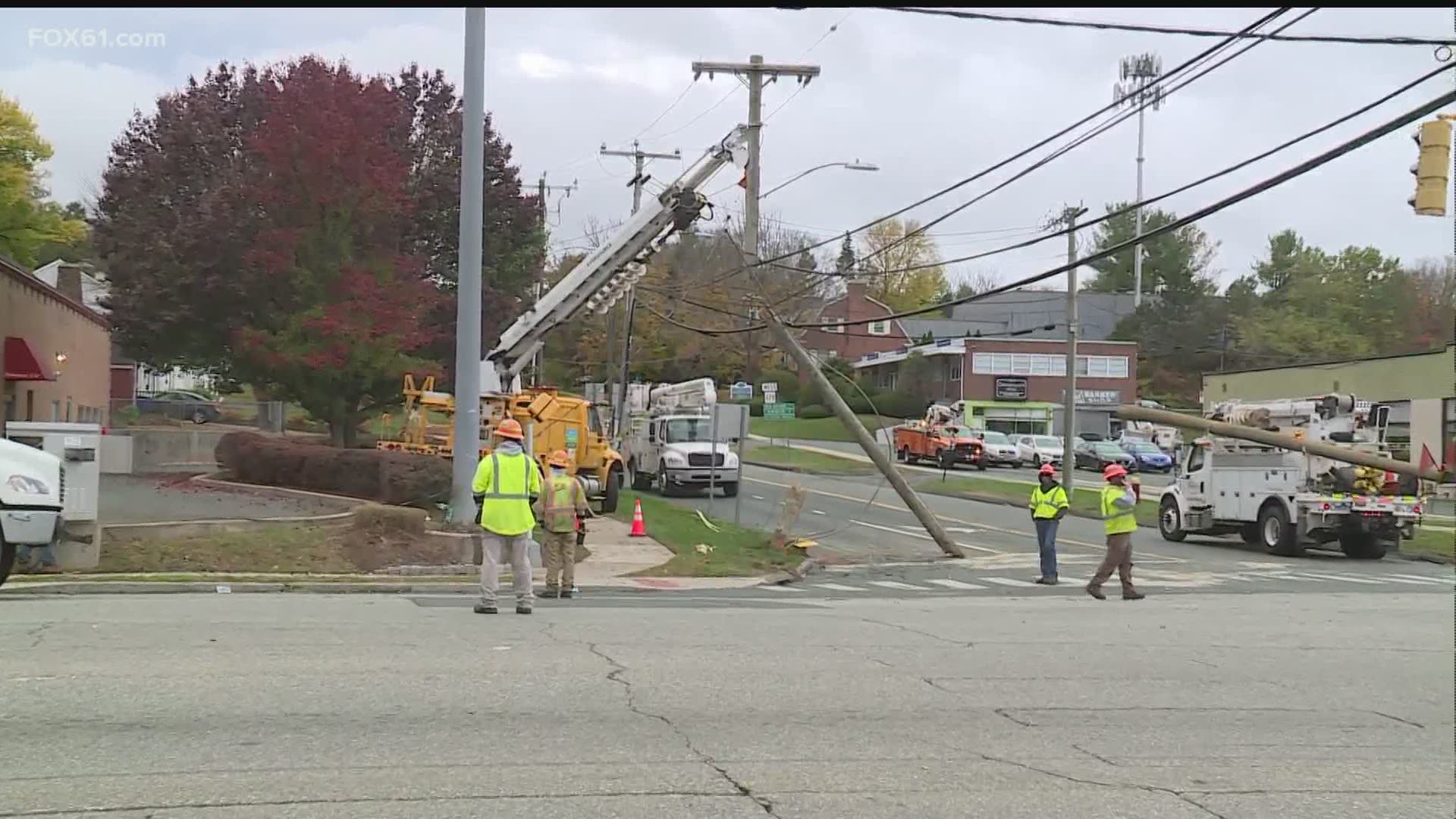 WETHERSFIELD, Conn. — A portion of Silas Deane Highway at the intersection of Wells Road in Wethersfield was closed to traffic Tuesday morning after a car crashed into telephone poles.

Police said the crash happened around 4:30 in the morning.

Police said a car hit and damaged two telephone poles and side-swiped a third one.

That car then flipped onto its side.

“The operator was the only person involved. He was not injured in the accident, does not look like there was alcohol involved in this accident,” said Lt. Donald Crabtree with the Wethersfield Police Department.

Crews were on scene for several hours during the morning repairing and replacing the telephone poles.