Bugbee Elementary school was 'buzzing' on the first day back 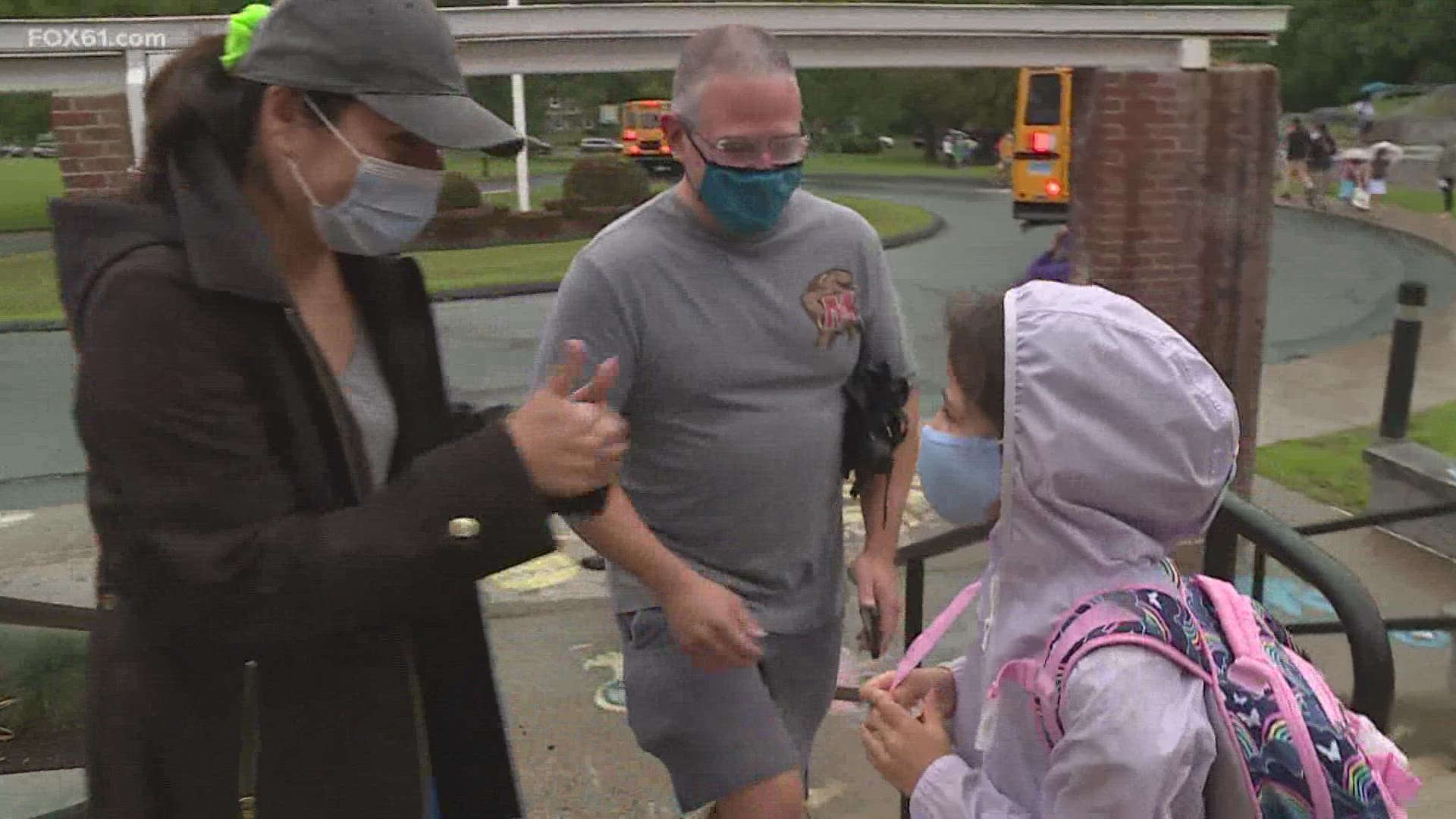 At Bugbee Elementary School, a few families showed up before the bell rang, wanting to be prepared for the day ahead.

"Nerves. So, they were excited to be here. They wanted to just get situated, so that's why we're here," said Jeffrey Bellitti, a West Hartford Parent.

Some parents traditionally drop their kids off on the first day, but they say it was even more important to do it Wednesday, with some of the changes in place due to the ongoing pandemic.

RELATED: Back-to-school with a twist | Terryville teachers create a memorable start to school

"Last year was tough, obviously, but, starting off the school year with some semblance of normalcy is exciting," said David Greenfeld, a West Hartford parent. 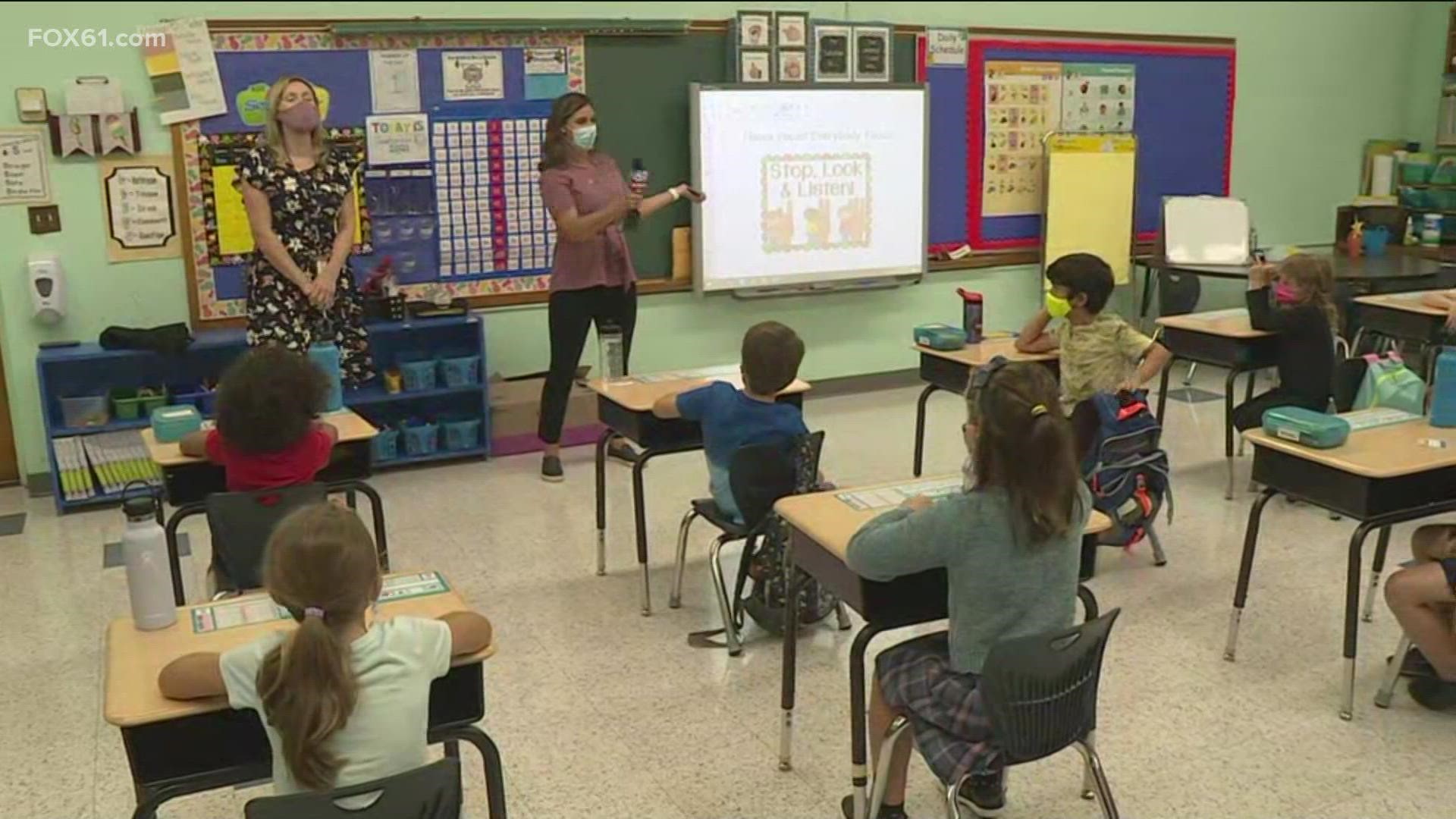 There are guidelines in place for Bugbee students. There is no remote learning, at least for now. That means everyone, including students and teachers, needs to be masked up. The superintendent made that call long before Gov. Ned Lamont reinforced the mask mandate.

The students must sit three feet apart, but places like Bugbee Elementary School are bringing back more group work. They're encouraging group work of three or more children for 15 minutes at a time. They're also bringing back the traditional 'reading corner' in kindergarten, along with reading rugs.

“The thing I'm most excited about actually is the kids. I love forming those relationships and getting to know them," said Ms. Lindsay Bougor, a second-grade teacher at Bugbee.

And the students may need some time to adjust after 20% of them in the district spent the last year and a half learning from home. For that reason, Principal Kelly Brouse said the main focus right now is building relationships.

"This week students can expect to come into the classroom, talk about their summers, their days, who they are as people, and learn about their teachers and classmates too," Brouse said.

Already, younger students are picking up on the culture the school is attempting to reinforce.

"I learned that you should always be kind to everybody," said Rafi Greenfeld, who is now a third-grader at Bugbee Elementary School.

RELATED: West Hartford prepares to return to school: Everything you need to know