One of the officers was hit by a door on the vehicle, according to police, and is 'banged up', but otherwise okay. 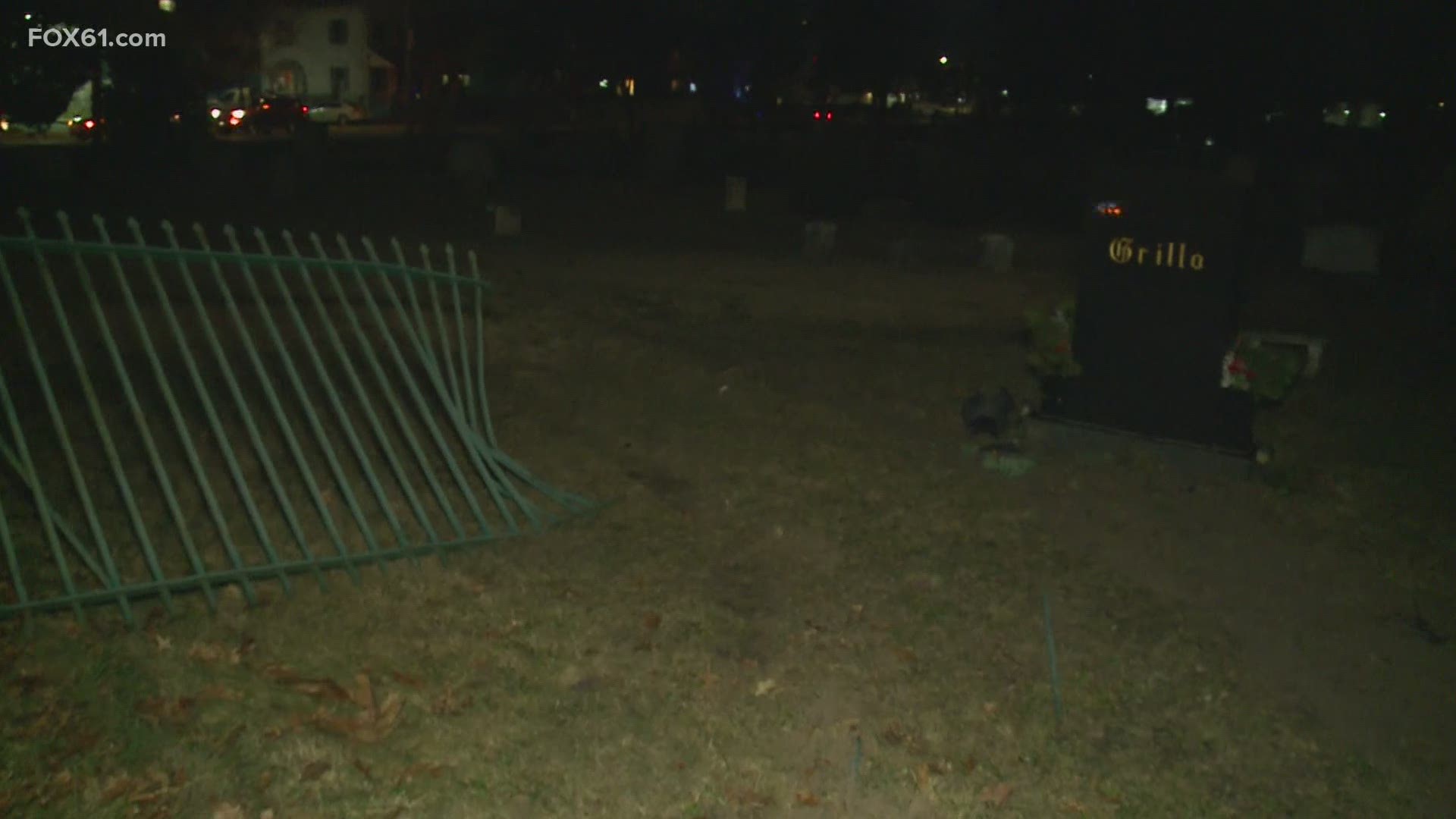 Police said the incident happened around 11:15 am. West Haven police said another law enforcement agency reported that a stolen motor vehicle was last observed exiting I95 by exit 43 on Campbell Avenue.

Police said the vehicle had been used in several robberies and purse snatches along the shoreline communities of Connecticut over the past several days. West Haven Police found the stolen vehicle traveling around  First Avenue and Mix Avenue. Officers attempted to stop this vehicle as it drove onto Campbell Avenue. When the vehicle approached the intersection of Campbell Avenue and West Spring Street, the driver could not continue his path due to traffic congestion and collided with multiple vehicles at this intersection.

Police said the driver fled on foot with officers in pursuit. While the second occupant of the stolen vehicle was being apprehended, the driver returned and got into a West Haven Police Department patrol vehicle. The driver put the cruiser in reverse and the patrol vehicle then struck several officers. As the driver drove the vehicle forward he narrowly missed running over one of the responding officers who took an evasive maneuver allowing him to escape serious physical injury or worse.

The driver proceeded to drive through a fence at the Oak Grove cemetery and ultimately it became disabled. Police said he then attempted to flee on foot and was subsequently stopped and arrested by police who said both of those arrested are juveniles. Two officers were taken to to an area hospital for medical evaluation and are being treated for non-life threatening injuries.

Police said, "We are aware of the video circulating the internet and are thankful that none of our Officers or citizens sustained more severe injuries due to this reckless and careless act by these juvenile males."

Statement from Trenee McGee a city councilwoman in West Haven

“So much time, effort and energy went into creating and sustaining a better community. Our resolution speaks against racism and its violent attributes and effects. Creating a better community is one that should stand against all violence. It’s disheartening because often times when you take steps forward it comes with greater challenge. I commend the WHPD for their restraint displayed during this incident. I am grateful that they are all ok. We have so much more community work to do and this unfortunately is yet another example of why it is essential.”