Officials said no one else in the vehicle was injured, and now police are searching for the suspect 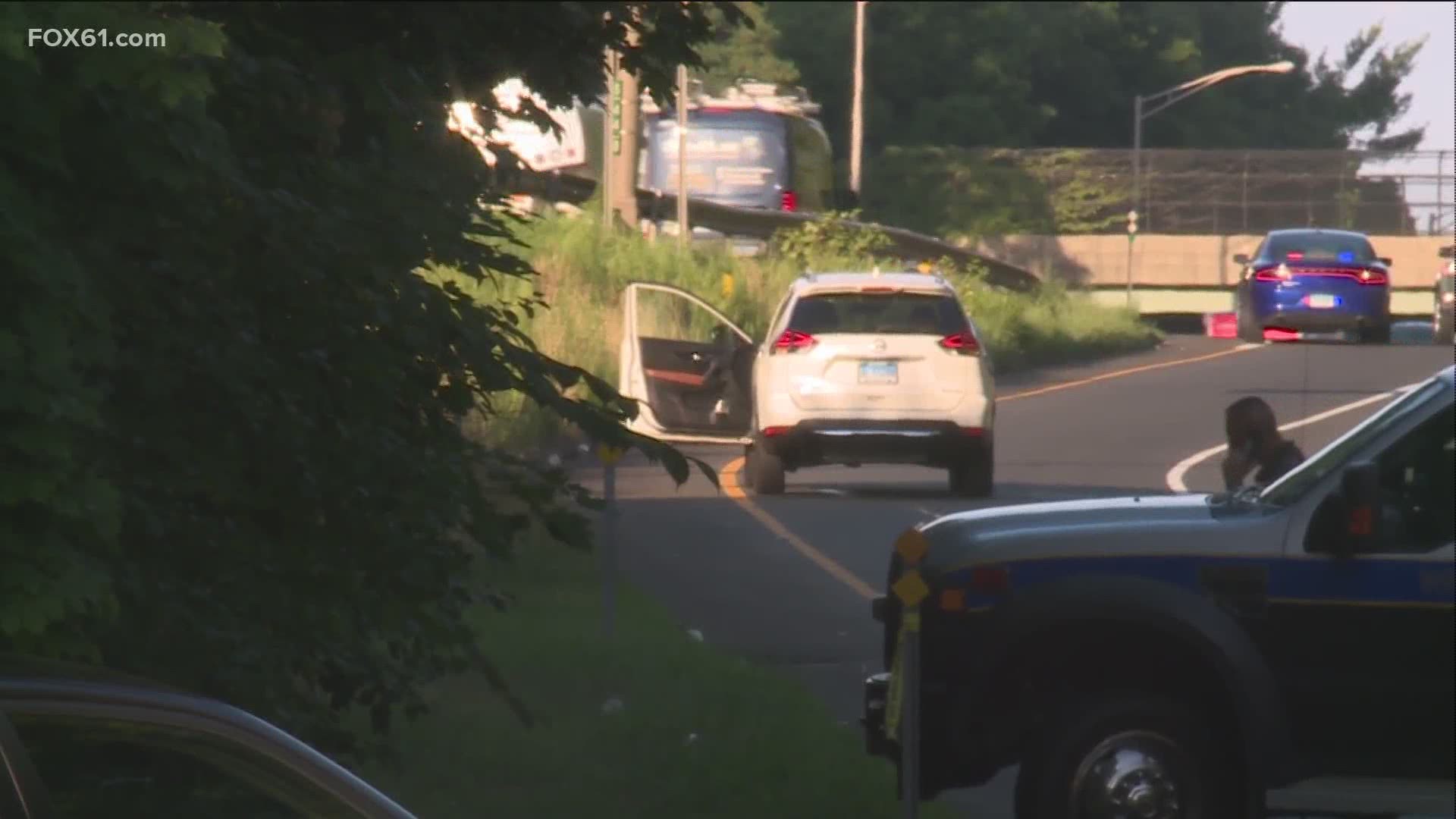 WEST HAVEN, Conn. — State Police said a New York man was found dead from a gunshot wound on the Campbell Avenue on-ramp to I-95 south in West Haven.

According to police, 39-year-old Jawara Stennett and others in a vehicle were on their way home from Setnnett's father's home where there was a birthday celebration late Sunday night.

Police were called to the on-ramp by exit 43 on the report of a shooting.

When they arrived, police said they found Stennett in the front passenger seat 'unresponsive' with an apparent gunshot wound to the right torso.

Stennett was pronounced dead at the scene.

According to a release, no suspect or motive has been developed at this time, despite several reports that the malicious attack was based on race.

No others in the vehicle were injured, police said.

The suspect was driving what is being described as a "white SUV" with unknown registration and an unknown driver.

If anyone as any information pertaining to this shooting please contact Troop G at (203) 696-2500. All information will remain confidential. This case remains under investigation

Happening now: The 95S on ramp off Campbell Ave. in West Haven is back open to traffic. Homicide investigation scene is clear. ⁦@FOX61News⁩ ⁦@maggieslysz⁩ pic.twitter.com/0gOfxe8q2p

Breaking: The @CT_STATE_POLICE say one man is dead after he was found shot and n the torso at the I-95 South Campbell Ave on-ramp in West Haven. Our Keith McGilvery is there.