Chris Green's wife, Tonieh Brisbane-Green, said he's made a lot of progress in his recovery journey, but still has a long road ahead. 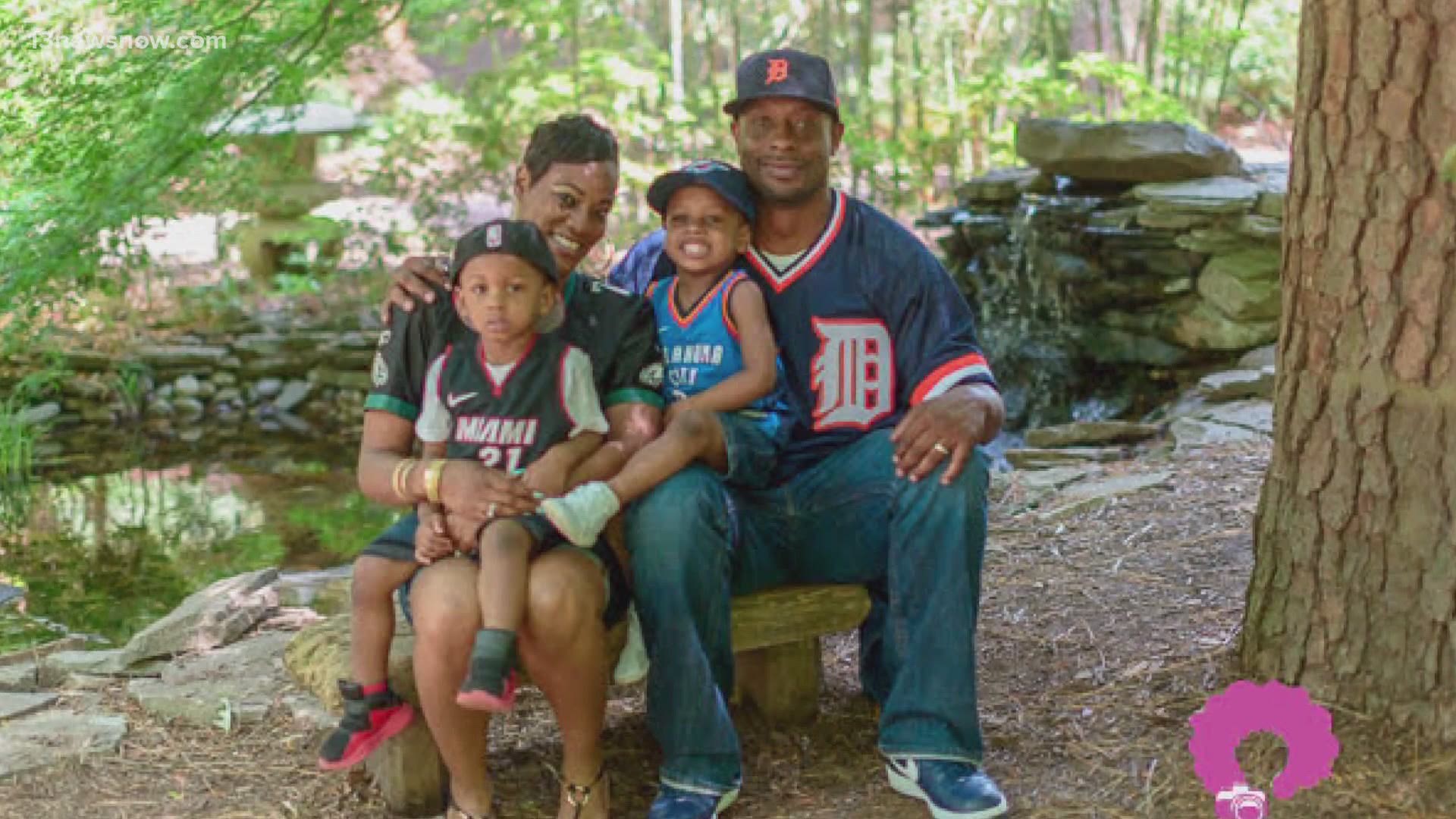 PORTSMOUTH, Va. — The man injured when a part of a Confederate monument fell on his head during a protest in Portsmouth is finally at home recovering, three months after the horrifying incident.

For the first time since 41-year-old Chris Green was rushed to the hospital in June, his wife Tonieh Brisbane-Green opened up about his road to recovery.

She said several people who were there during his injury reached out and told her he was trying to help people move out of the way moments before the statue tumbled down.

Now that he’s home, Tonieh is caring for her husband around the clock and looking after their two young sons.

“If you had asked me six months ago what my life would look like in 2020, I definitely would not ever imagine that I would be in this spot that I am in my life right now,” she said.

Tonieh said moments after Green’s head injury, he flatlined twice on the way to the hospital. From there, he was in the intensive care unit. Tonieh said his doctors still can’t reassure her if he’ll ever go back to his normal self, but he’s made a lot of progress. He continues to go to physical therapy and speech therapy.

“Going from doing absolutely nothing to seeing him open his eyes, then, slowly moving his body, eating by himself, and walking," Tonieh said as she described Chris's rehabilitation process.

At this point, Green is unable to speak. He uses hand signals to communicate.

The couple's two boys are still trying to adjust to the changes they see in their dad.

“They do tell me that they wish daddy could talk and do the things that he used to do, take them outside, take them to ride bikes,” said Tonieh.

She’s hanging onto little moments of progress to find hope. She said he’s slowly returning to his old self and even offers to take out the trash and serve himself dinner. Just days ago, Tonieh noticed he wasn't in his bed.

When she ran through the house looking for him, Green was tucking their son into bed and smiling. It's the old Chris she remembers.

“I just see my husband, that’s how he was. Always helping, that’s part of him. It just lights me up, because it gives me a lot of hope and trust in the Lord that he’s got my husband and he’s gonna bring him along the way,” said Tonieh. “It may be a long journey, it’s not gonna be overnight, but just to see those little inklings of him and how he was, it makes me feel awesome.”

Tonieh said before the injury, she and her husband had bucket list dreams. They’d planned to ring in the New Year at Times Square in December. Now, their plans are on pause.

She’s taking it day by day and focusing on his long journey to recovery, holding onto religious faith to get her through the difficult journey.

“The journey’s still not done, even though we made a lot of big milestones,” said Tonieh.

“Even the doctors are amazed by it, but again, it’s still not over. He’s trying to get back to himself and be totally 100% dependent, which he’s not right now. So, please continue to send the prayers and the love and support. That’s all I can ask for,” said Tonieh.

A group of activists set up a GoFundMe page to help Green’s family.