It took Williamantic firefighters and several crews from surrounding towns two hours to douse the flames. 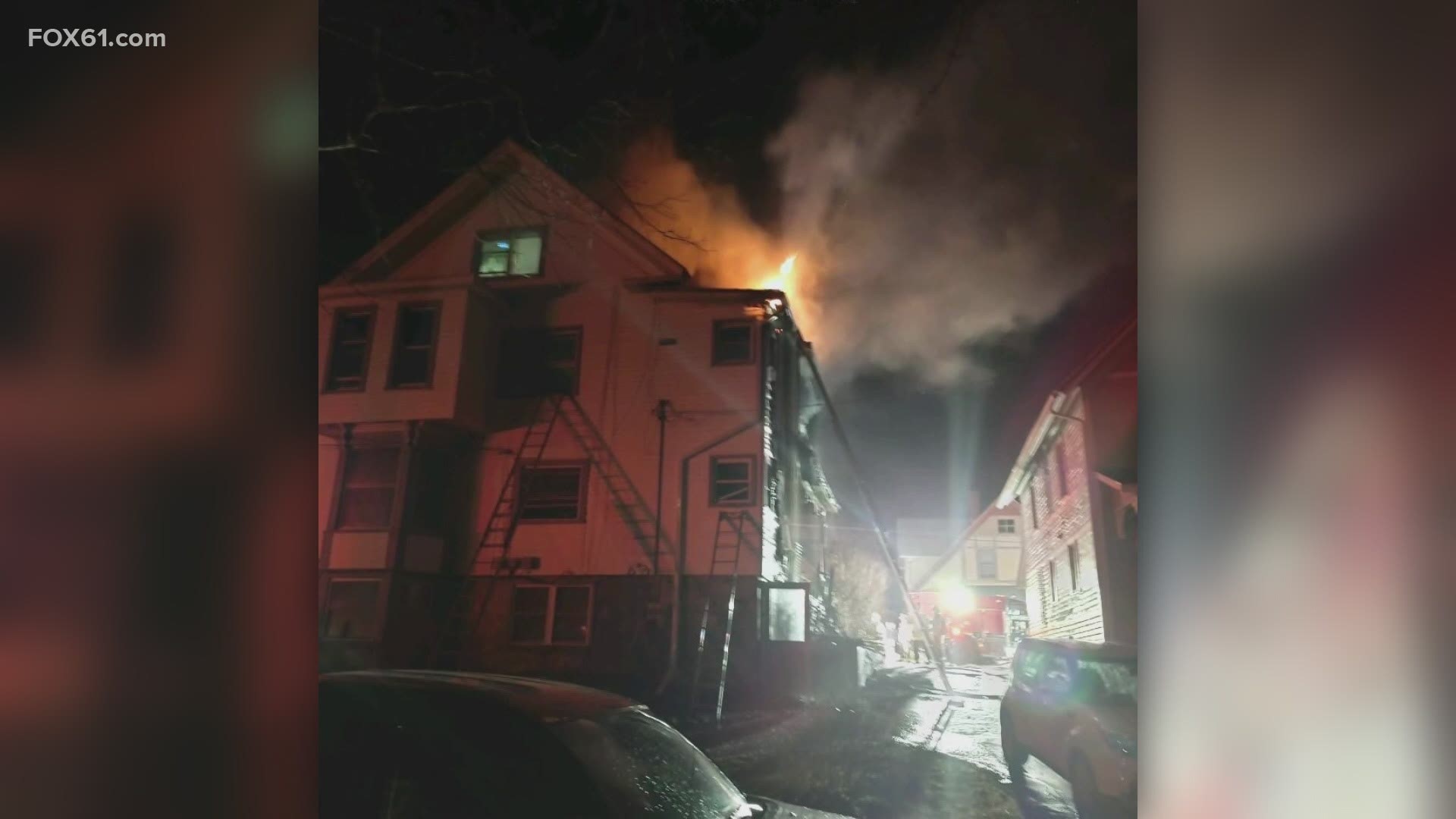 Officials say the call came in around 2 a.m. for a home on North Street. When crews first arrived on the scene, they saw heavy fire coming from the second and third-floor porches.

It took Williamantic firefighters and several crews from surrounding towns two hours to douse the flames.

The residence housed four families and now eight people have been displaced.

Fire officials are crediting a closed door for containing the fire from spreading throughout the entire home.

"In this case, the fire was contained by a closed door," said Chief Marc Scrivener, "The backside was pretty charred but a door was closed, and [the house] is almost untouched on the other side of it."

There was some heat damage reported to a house next door.