As of October -- Connecticut state police has processed more than 147-thousand firearm transactions, compared to the more than 127-thousand in all of 2019. 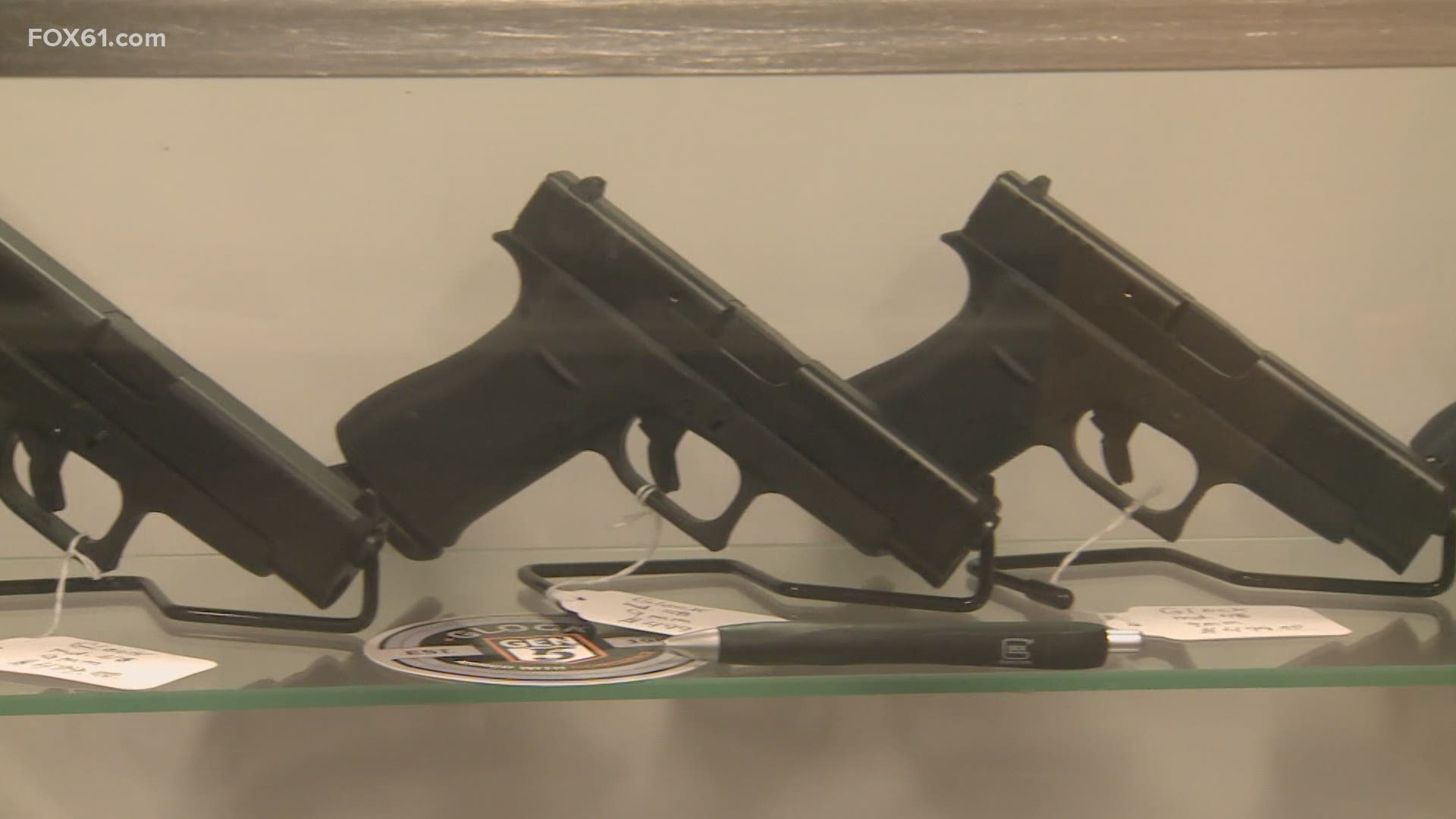 CONNECTICUT, USA — From the nationwide protests to a global pandemic to a presidential election, the firearms industry has seen record sales

"I was raised in Alaska and you just didn't go fishing or hunting without a firearm, "Deborah Lyman. "It's been a good sport for our family,"

Lyman is no stranger to the gun industry. She currently owns the Blue Trail Range in Wallingford which has an indoor and outdoor range, a store and is celebrating 75 years this year.

"Anytime you have a change or a potential change in leadership people are afraid that their rights may be infringed upon," said Lyman. "Within like two weeks our sales increased by 243 percent and our pistol permit classes have almost doubled."

Darin Reisler is the owner of Tactical Boutique in West Hartford, echoes these sentiments.

"I haven't seen anything like this," said Reisler. "I have sold more guns in 11 days this year than we usually sell in six months."

As of October, Connecticut state police has processed more than 147,000 firearm transactions, compared to the more than 127,000 in all of 2019 and 129,000 in all of 2018. Nationally the FBI's firearm background checks are already at  32 million surpassing any number we've seen since they began tracking it in 1998. Even with covid restrictions state police say pistol permit applications are also on track to top last year's numbers.

"And the very limited amount of people coming through state police headquarters in order to get their pistol permit applications it surprising to see that number so high," said TFC Josue Dorelus of the CT State Police.

The question now is why?

"I would say that fear is driving a lot of gun sales, the lockdown created a lot of fear, the fear of a second lockdown is creating more anxiety and then the national movements around defund the police creates a lot of fear," said Reisler.

Industry experts say not only are they noticing the record numbers in sales but they are also noticing the number of first-time buyers. Making up forty percent of buyers in the first four months of 2020 according to the national shooting sports foundation. There's also a shift in who.

"It's no longer just one type of ethnic group that's come out for training you're seeing you're seeing from the cities New Haven, Waterbury -- people just want to learn about firearms," said Lyman.

In a survey by the National Shooting Sports Foundation, 58 percent of firearm purchases were among black men and women, women also making up 40 percent of first-time gun purchasers.

"Guns are starting to come back now we can order a few here ammunition there is far and few in between some weeks we get some weeks we don't," said Blue Trail Range General Manager Joseph Ruggiero.

Keep in mind it is no overnight task to own a firearm. There are steps and laws in place to help prevent a firearm from ending up in the wrong hands.

"The biggest misconception that I receive which I honestly find very surprising, is that people think that they can just come in and buy the gun," said Reisler.

First, you must meet federal and state requirements, then take safety classes.

"Upon completion of those requirements you'll go to your local police department submit the application with them they will issue you a temporary pistol permit and then you'll come to state police and they'll issue you permanent state card," said Officer Dorelus.

A process that can take months.