A manhunt is underway for the two men who allegedly abducted the woman. 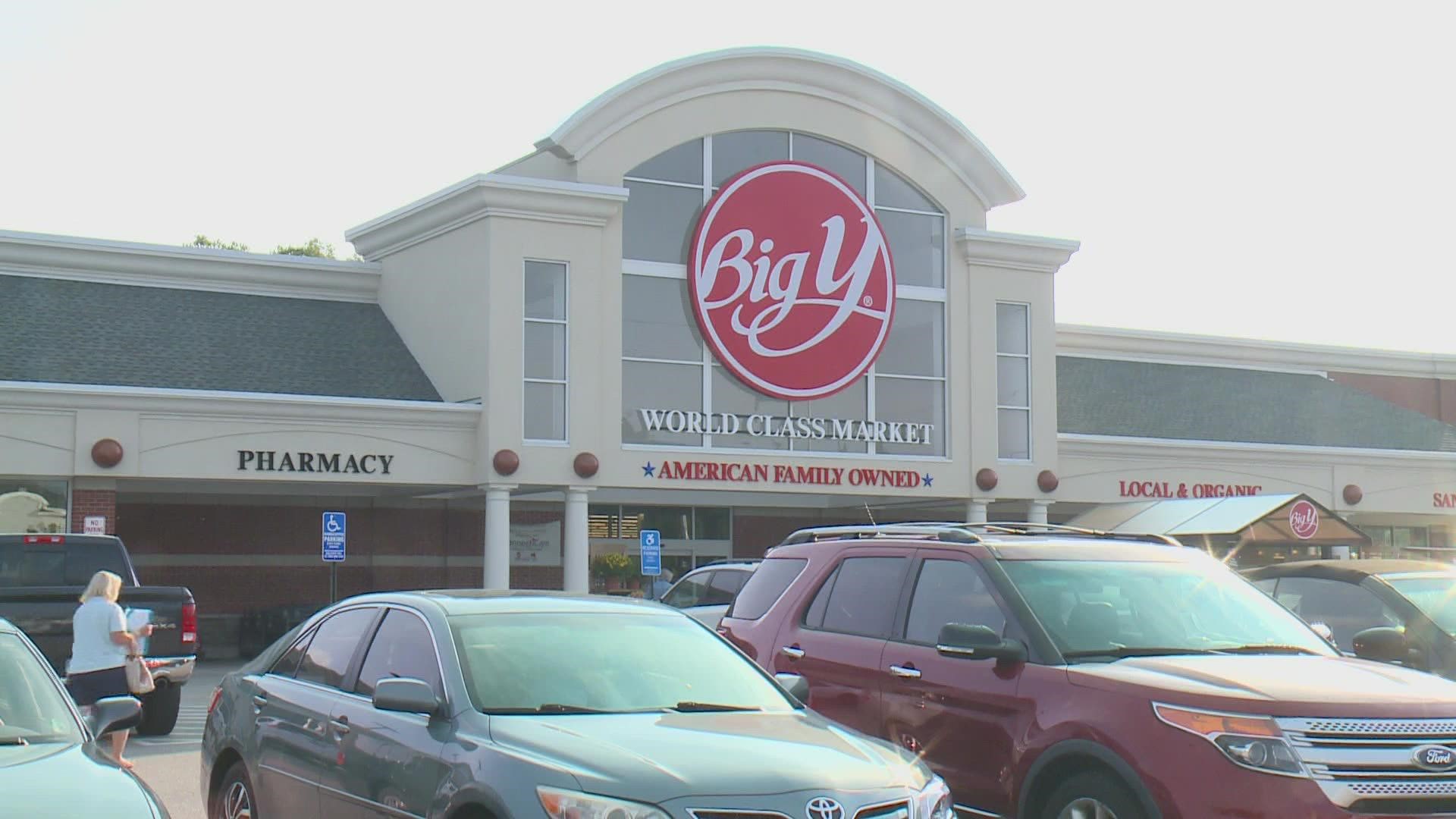 MARLBOROUGH, Conn. — The community is gathering to support the 64-year-old woman who was assaulted, robbed and abducted from a Big Y supermarket last weekend.

On Sunday, Sept. 19 from 10 a.m.- 1 p.m., a local resident will be selling lemonade for $1 behind a stand at 5 Planeta Road. She said all proceeds will be donated to the victim, who is recovering.

Giannelli organized the lemonade stand, but is also encouraging people to drop off homemade cards, gift cards, notes and anything yellow to fill a 'sunshine box.'

"You feel so helpless in a situation like this once it happens," she added. "Why not have a lemonade stand? Have all proceeds benefit her and go to her and her family. Anything that you think would be helpful in this situation or put a smile on her face."

The show of support comes as law enforcement begins to look at the possibility of the incident being a hate crime.

Brian Foley, of the state Department of Emergency Service and Public Protection, told FOX61 there are certain aspects of this investigation that could possibly be related to a hate crime.

"As with any hate crime investigation, there are certain protocols that include investigating, tracking, reporting, as well as working with the state’s attorney's office," Foley added.

A manhunt is underway for the two men who allegedly abducted the woman.

Connecticut State Police on Monday released two surveillance images of the alleged suspects, asking for assistance from the public in identifying the two men.

According to police, the 64-year-old woman was approached by two men demanding money while she entered her vehicle at the Big Y. They said the two men were wearing masks when they approached her.

The suspects then threw the woman into the back seat of her vehicle and placed a bag over her head before assaulting her with a handgun, police said.

The two suspects then drove away with the woman’s vehicle with her in the back. They stopped at DND Food Mart in East Hartford, where one of the suspects used the woman’s ATM card to obtain cash from the machine.

Police said the two men then drove to the Town of Berlin, where the woman was thrown out of her car. They then drove behind a building and set the vehicle on fire.

The two suspects left the scene in what police believe to be a 1999-2003 Acura TL. The victim is being treated at a local hospital for serious but non-life-threatening injuries.

As Connecticut State Police continue to investigate, they are reminding people that when it's getting dark, that is when you need to pay attention.

"Obviously, the first thing is situational awareness," Col. Stavros Mellekas said. "And being familiar with your surroundings. You want to make moves in well-lit areas."