Woman with walker hit while crossing the street in New Haven

Surveillance video released Thursday, February 13 captured a 57-year-old woman crossing, with the assistance of a walker, near the intersection of Blake Street. 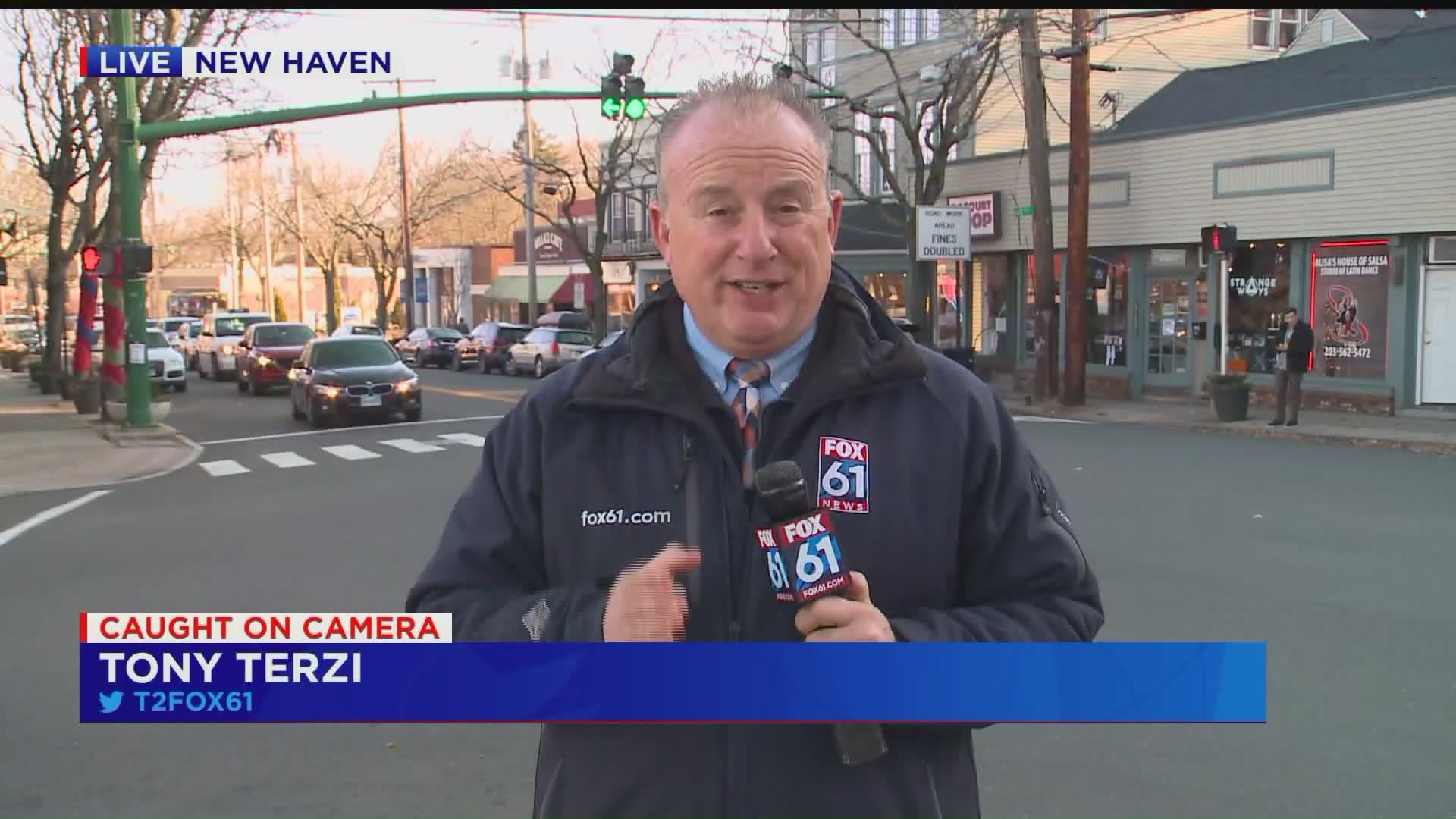 NEW HAVEN, Conn. —  Pedestrians being hit crossing streets in New Haven has become a disturbing, deadly trend. Fortunately, for one New Haven woman, she didn’t die when being struck February 13.

In surveillance video, acquired by the New Haven Independent, from Lotta Studio, a 57-year-old woman can be seen crossing Whalley Avenue in New Haven, with the assistance of a walker, near the intersection of Blake Street.

As she is half way across the street, the horn of a car, turning left from Blake onto Whalley, can be heard, just before the car hits her walker, which causes her to fall to the pavement, injuring one of her hips.

“At first I thought she was may be directly hit by the car,” said Tony Vizzo, of the Racquet Coop. “ I called the police. I think a bunch of other people did, as well.”

New Haven Police say the driver was initially issued a verbal warning for not yielding to a person in a crosswalk. However, Chief Otoniel Reyes told FOX61 Friday afternoon, after a review of the video and other details of the case, a warrant affidavit will be presented to the State’s Attorney’s office with charges against the operator of the vehicle.

“I’ve worked at the salon for 17 years and when you go to the crosswalk you press the button and the light goes red and you have to wait at least 15 seconds,” said Tiffany McGuire, of the SOHO Hair Group and Day Spa, noting it takes at least 15 seconds to make sure you’re safe to cross Whalley Avenue.

She says she’s nearly been hit dozens of times over the 17 years she’s been employed by SOHO.

She says the local Westville neighborhood association is meeting next Thursday to discuss this very issue.

“At least once a week, there’s a car that scoots right through the light, but so we’ve learned, we’ve learned how to handle it,” McGuire said.

“I have seen multiple people get actually hit. I have seen lots of close calls, mostly everybody coming out of Blake Street onto Whalley Avenue,” said Gaudreau.