It was 1994 when the Eli’s Restaurant Group opened up its flagship location, Eli’s on Whitney, not too far from what was then known as Quinnipiac College in Ham... 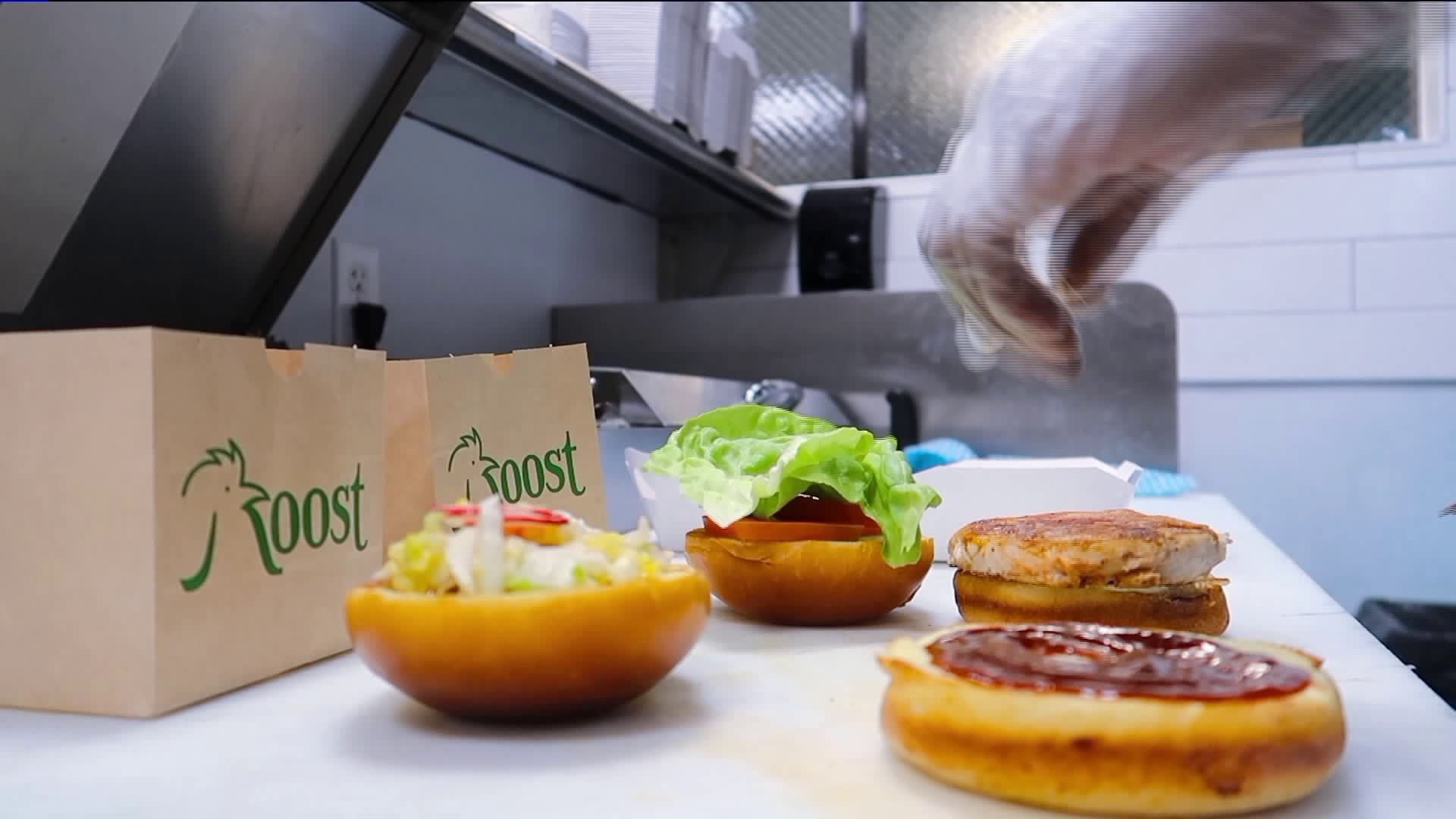 It was 1994 when the Eli’s Restaurant Group opened up its flagship location, Eli’s on Whitney, not too far from what was then known as Quinnipiac College in Hamden.  Fast forward 25 years, and the restaurant group has six locations.

“Twenty-five years ago, you focus on different things and now you not only have to focus on food and beverage and hospitality, but the Internet has changed business completely.  You’re doing things you never did before,” said Shawn Reilly, Eli’s Restaurant Group Director of Operations.

It’s been imperative that the restaurant group keep up with trends and stay fresh.

“We want to give people what they want,” said Shawn Reilly.

That’s why Eli’s Restaurant Group opened Roost in Hamden back in August.  It’s the group’s foray into the fast casual market.

“It’s a quicker meal, but you can still get a beer or a glass of wine.  You get out of here kind of quick, you turn it over pretty quick because the industry is moving that way.  Millennials, and not just millennials, people older as well, are getting in and out,” said Shawn Reilly.

It’s a big change for the Eli’s Restaurant Group.

“The fast casual is different for us.  All of our restaurants are full service, sit down, waiter, that whole song and dance.  This is come up, order, much faster, even the menu being smaller.  You don’t realize it’s a smaller menu mix, it’s fewer products, but it’s a good volume, and now it’s a lot of potatoes.  We’ve never gone through that many potatoes before,” said Ellis Reilly, Eli’s Restaurant Group Director of Development.

Training was also new because the concept was so different than the other restaurants.  It’s been a learning curve, but so far, the group says Roost has had a good reception.

“I think the work ethic has really made Eli’s Restaurant Group grow.  We don’t do anything too crazy, but we care about absolutely everything.  Every discussion, every menu tweak, the training, everything is very detail oriented and it’s all treated as absolutely essential,” said Ellis Reilly.

Eli’s Restaurant Group doesn’t plan on stopping there.  It’s still looking at trends in the state like the craft brew craze.

“We have to continue to evolve, go with the market, so we’re actually going into the Manchester area.  We’re going to do a beer garden.  It’s where the market is going.  Connecticut is a huge beer state, so we want to get in on the action,” said Ellis Reilly.