CHESHIRE —  Inside Consolidated Industries in Cheshire forging machines and employees are working in sync hammering out parts for aircraft. “In this facil... 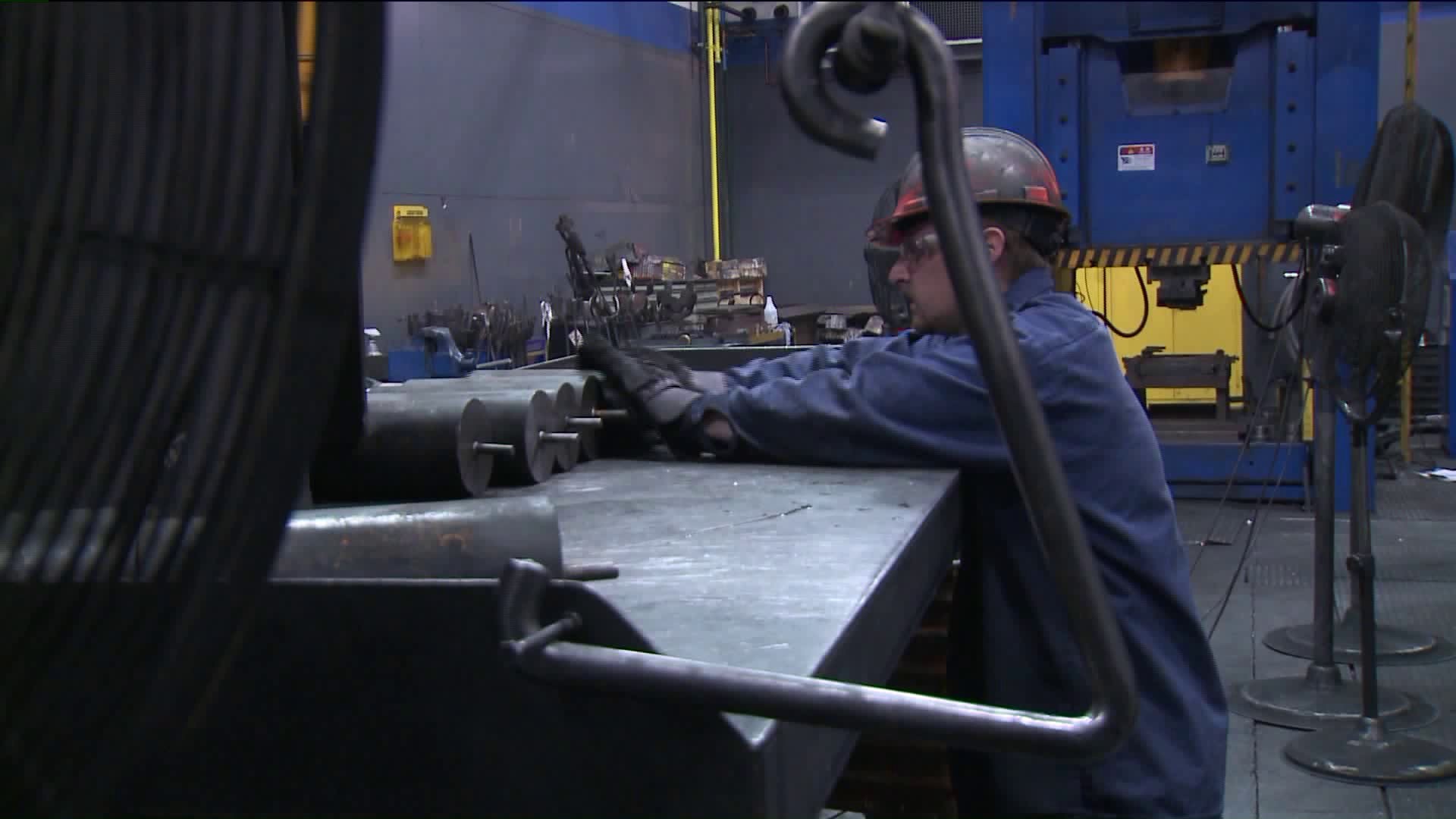 CHESHIRE --  Inside Consolidated Industries in Cheshire forging machines and employees are working in sync hammering out parts for aircraft.

“In this facility, we hammer parts. We use CNC controlled hammers, and we also press parts,” said Vic Venettozzi, Consolidated Industries VP and General Manager.

“We’re one of those companies that you don’t know it, but generally if you’re flying on a seven series aircraft, if you see a helicopter flying over, more than likely, there’s Consolidated parts in that air ship.”

Consolidated also helps to keep those aircraft flying by making spare parts. It ships to customers all over the world, but many of its customers are right here in the Northeast. To keep up with demand, Consolidated has invested $13 million in upgrades in building improvements and new machinery, keeping its commitment to Cheshire.

What keeps the company in Connecticut, isn’t necessarily just the location or the machines, it’s the people who come to work there every day.

“The equipment could be basically anywhere. This is an art, it’s a craft, and basically our craftspeople, our technologists are here, so Consolidated is here because of the human element,” said Venettozzi.

It employs about 100 people and many of them are from Connecticut. That’s important to Consolidated who has made sure it’s been a good neighbor since 1948 when the company started.

“Over the years, Cheshire grew up around Consolidated. This was a farm at the turn of the century, or the last century. So we not only had to put in the right technology, but we had to build a building around it that enabled us to be good neighbors, and it’s important to us,” said Venettozzi.

So that even though the forging machines are in motion, neighbors won’t hear or feel them.