GLASTONBURY —  When Phil McInerney walks through the woods, his eyes light up. He’s always looking for the raw material that will shape his next creation ... 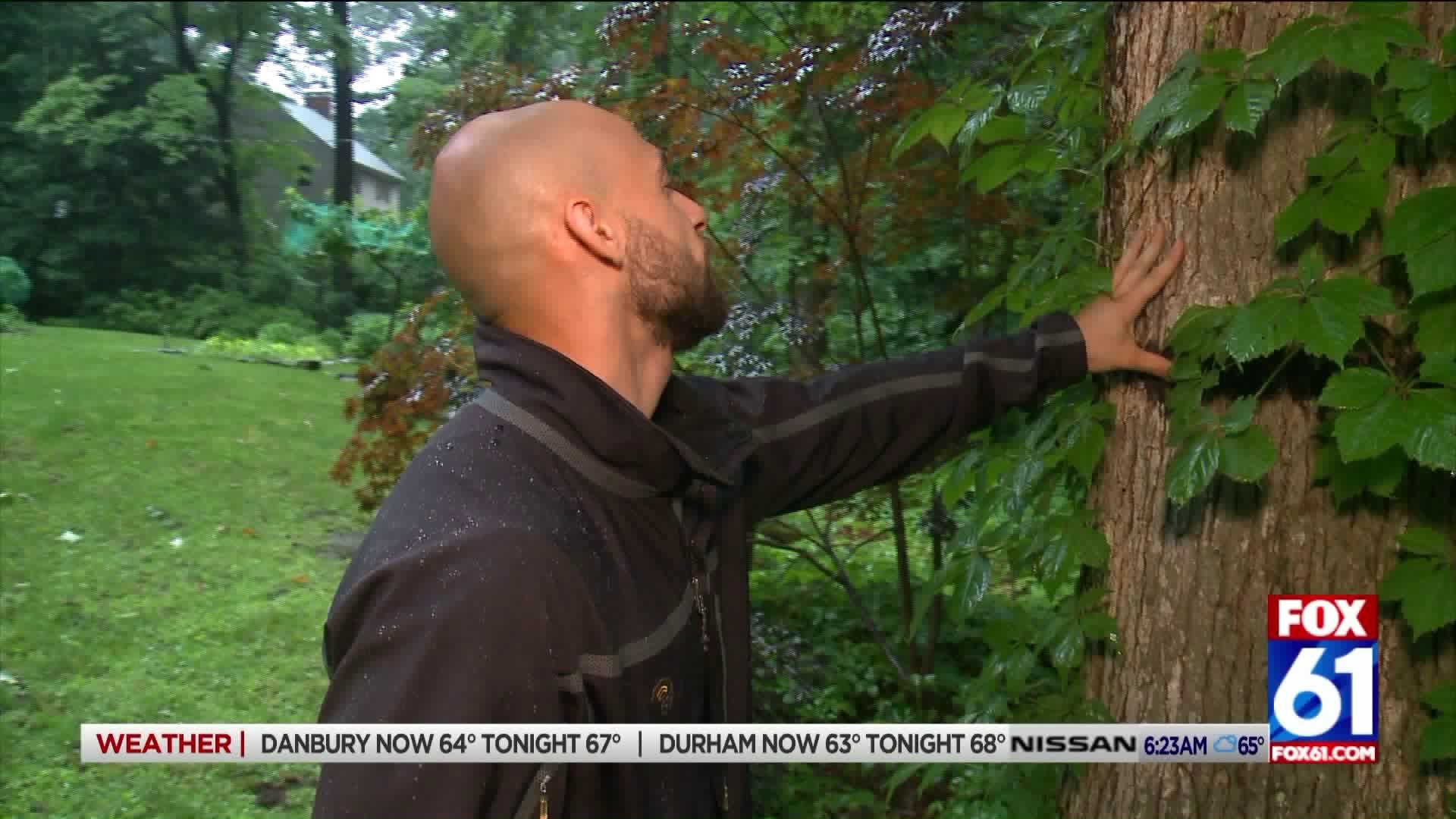 GLASTONBURY --  When Phil McInerney walks through the woods, his eyes light up.

He’s always looking for the raw material that will shape his next creation for his company, Flocco Designs.

“I’m the kind of person that when I’m driving around, I’m looking at the trees, which isn’t the safest thing, but I’ve just always been fascinated and amazed with them. I feel like I have a weird connection with the trees and the wood,” said McInerney.

That connection was brought out when he was in school.

“When I was in college, I really had no idea what I wanted to do, and I got an apprenticeship to build guitars, so I started building guitars, and I got really into wood and understanding trees, and the dynamics of trees,” he said.

He became a certified luthier, building and fixing string instruments.

“It’s awesome. The thing is, almost anybody can do it. It doesn’t take a lot of talent, it just takes a lot of time and practice and patience,” he said.

It also takes a lot of precision. After sending instruments across the country, McInerney started making furniture and artwork, too, using wood found right here in the state.

“This piece of wood was found in Connecticut, it was found on an exit ramp on a highway. It’s called box elders, when the tree gets injured, it produces this red coloring in the wood,” said McInerney.

He says each piece, no matter if it’s artwork, an end table or a ukulele, has a rich history and a future.

“That’s the most rewarding part of it for me, is being able to give these trees a second chance of life. Letting them tell their story through the musician, the player, who’s telling their own story,” he said.