Ready, aim, throw! At Montana Nights Axe Throwing in Newington, it’s all about technique. “It’s really fun.  It doesn’t matter how strong you are.  It’s really ... 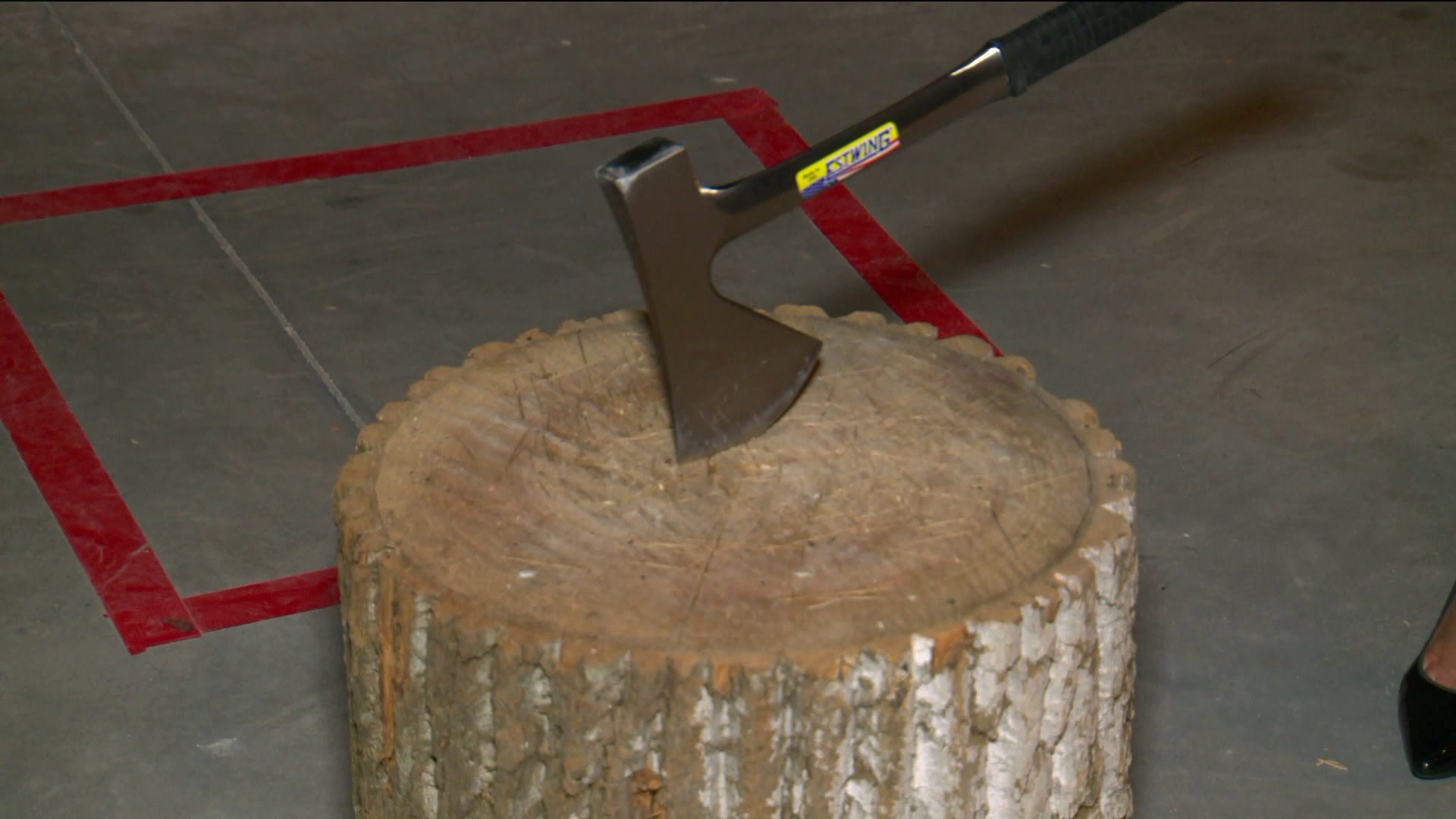 At Montana Nights Axe Throwing in Newington, it’s all about technique.

“It’s really fun.  It doesn’t matter how strong you are.  It’s really a technique thing.  You can be the biggest, strongest person in the room and still get out thrown by a little person,” said Dan Rifkin from New Britain.

Rifkin has been practicing.  He went three times in two weeks.

While Katy Prefontaine told us it was her first time trying axe throwing.

“It’s something different, you know.  It’s not just the same old.  I’m sure once winter sets in, now that it’s fall, it’s getting cold out, there will be a bunch of activity,” said Katy Prefontaine from Uncasville.

Owner Merle McKenzie sure hopes so.  He got on the axe throwing bandwagon earlier, introducing it first in some of the gyms he owns.

“A couple years ago I saw some posts coming over social media about axe throwing bars in Canada, and I thought it would be fun to do with our members.  So I had a member build me a target, I bought some axes, failed miserably at it, it never really took off with our members.  I don’t think I pushed it hard enough,” said McKenzie.

A year later, he saw another post for axe throwing bars in the U.S.  That’s when he decided to open up in Newington, creating a space that he says is family friendly, great for private parties or a night out with friends.

“We’re the only licensed alcoholic sell axe bar in the state at the moment,” said McKenzie.

The only thing left before I left Montana Nights was a lesson from the lead “axepert” himself.

“You’re going to put your dominant hand on top, one on top of the other, like you’re swinging a baseball bat,” said McKenzie.

After many tries, I got the sweet feeling of success.

If you want to try your hand at axe throwing, you can find hours and make reservations online at http://www.montananightsaxthrowing.com/