When Ali Lazowski was in college, she knew something wasn’t right.  She was 22-years-old and really sick. “I just couldn’t get out of bed.  I thought I was goin... 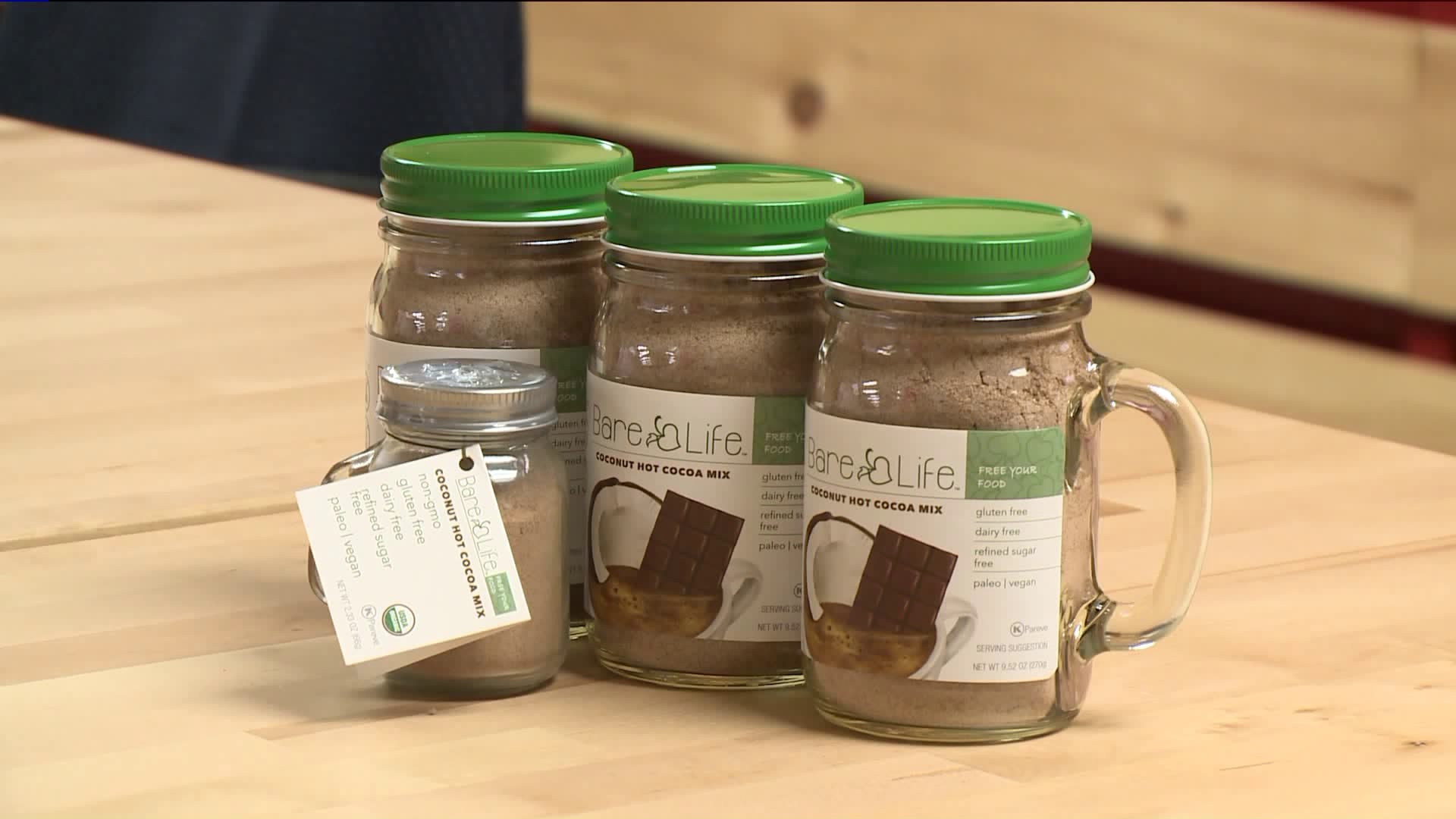 When Ali Lazowski was in college, she knew something wasn’t right.  She was 22-years-old and really sick.

“I just couldn’t get out of bed.  I thought I was going crazy.  I ended up in the ER and they told me to take a leave of absence from school,” said Ali Lazowski, Founder and CEO of Bare Life.

Over the next five to six years, Lazowski found out she was suffering from thyroid cancer and Lyme Disease, among other illnesses.  At the time, she was 250 pounds and knew something needed to change.

“I just started taking that time to really look at myself and my body and see what I could do to sort of improve my life, and one of the biggest things everyone was telling me was what I was putting in my body was a big part of it,” said Lazowski.

She ended up giving up gluten, dairy, yeast and refined sugar.  Over time, she says she felt cleaner, clearer and had more energy, but she was missing something.  That’s when she had an idea to create her own allergen friendly hot chocolate.

“I’ve always had such a sweet tooth, and when I was getting rid of all the gluten and dairy there were no desserts, and that was like the hardest thing for me to get rid of, and so I was just playing around, and I was just creating it for me,” she said.

When she shared her creation with family and friends, they told her to sell it.  In the fall of 2017, she created Bare Life and started a crowdfunding campaign.  She raised about $10,000, took a year to source natural ingredients and started selling the hot chocolate last September.

She uses the gluten-free, family-run Raw Foods facility in Berlin for production and says the employees there help her mix ingredients and package everything up.

“Especially as a start-up, it really helps us scale and fulfill orders and ship it out to people across the nation, much more quickly than if I was renting kitchen space,” she said.

The hot chocolate is sold online and in seven stores in Connecticut.  Lazowski says her last batch sold about 1400 units.

“It’s been so cool to see everyone enjoying it.  Literally, it’s something that I came up with in my kitchen for me and to have other people like it and buy it and share it, is just, it’s incredible,” said Lazowski.

She doesn’t plan to stop there.  She has already created some recipes using the hot chocolate mix and is working to put a cookbook together.

Lazowski is also working on some additional flavors for the hot chocolate and hopes to one day branch out into other allergen friendly dessert products.