NEW HAVEN — It started in the 70’s with a quest for a better chocolate chip cookie. “I didn’t want a thin, crisp cookie like the ones that were being made... 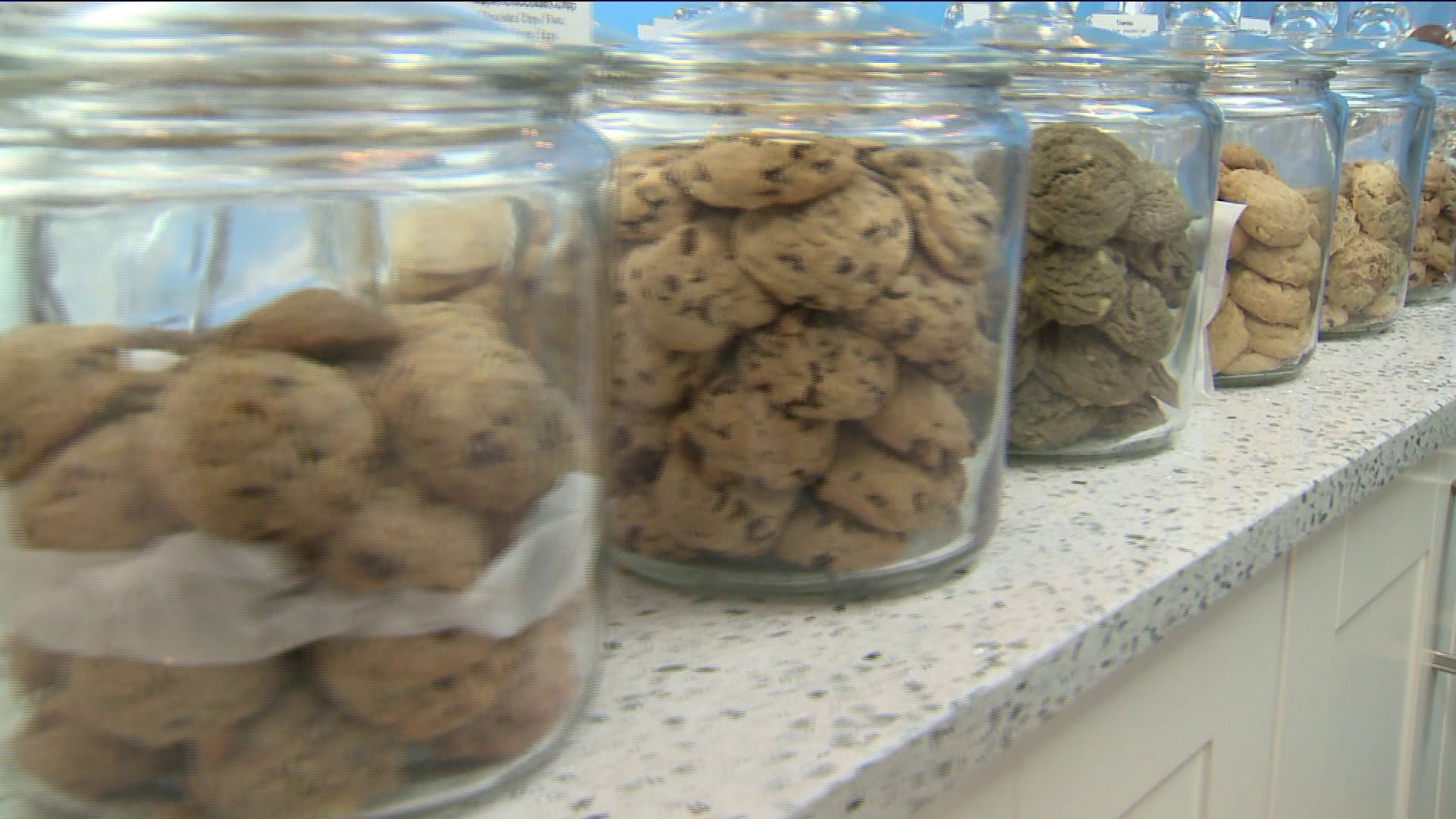 NEW HAVEN -- It started in the 70’s with a quest for a better chocolate chip cookie.

“I didn’t want a thin, crisp cookie like the ones that were being made, and I wanted it to taste like a little piece of cake, but have really strong flavor,” said Cynthia Rae, the Culinary Master at Moon Rocks Gourmet Cookies.

So, with her culinary school professor, Cynthia Rae got to work.

“In the beginning, the first cookie really took a long time of a lot of experiments,” said Rae.

Decades later that recipe would be the basis of Moon Rocks Gourmet Cookies.

“I was turning 50, my mom was 75 and I said to my husband, if we don’t do something with these cookies now, it’s never going to happen,” said Marni Esposito, CEO of Moon Rocks Gourmet Cookies.

That was about three and a half years ago. After opening their first store in Hamden, they were approached by Yale to open up at the Shops at Yale. It opened in April.

“Because our cookies are all natural, we don’t use anything artificial at all, which sounds like it’s easy to do but it’s not, that requires a particular audience of folks that really understand why it’s important to use really good ingredients and that it comes at a slightly higher cost,” said Esposito.

“How chunky and chippy they are, like little rocks, that’s where we got the idea to call them Moon Rocks,” said Rae as she held up some samples for us to see.

Rae has created 85 recipes altogether making each one from scratch.

“When I went to do the first fruit flavored cookies, they all have fruit in them, I had to change that formula,” she said.

But the payoff has been remarkable.

“When I see their faces light up, and their eyes get big and they roll their eyes, they think it’s wonderful, that makes all the hard work worth it,” said Rae.

In addition to the stores in New Haven and Hamden, the company also has a food truck that travels around to different private parties if you’re interested. You can check out the Facebook page to see where it’s next.