HARTFORD — The flavored liqueurs are brewing at Hartford Flavor Company. It’s been in business for about three years now and already has its product in se... 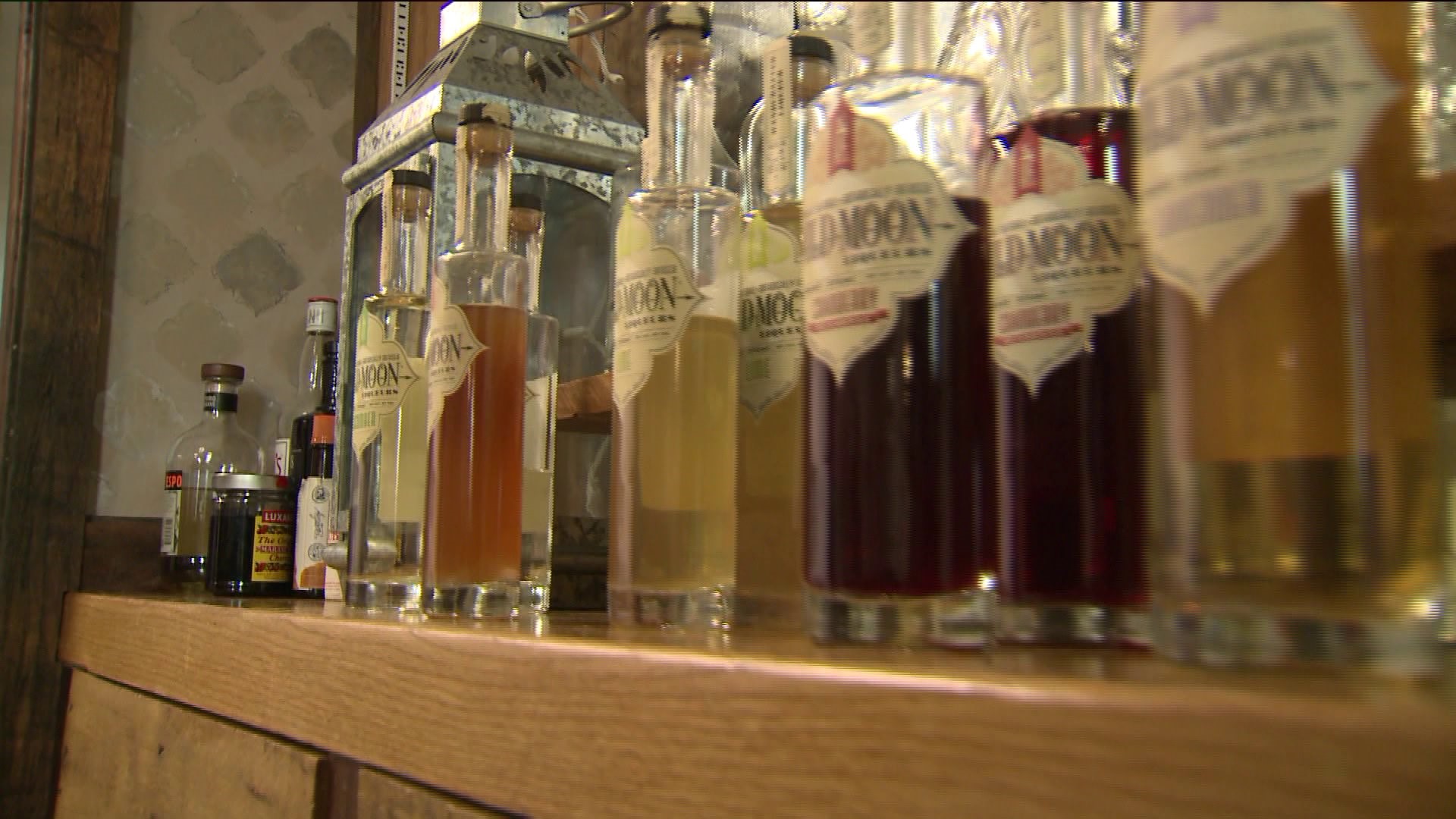 HARTFORD -- The flavored liqueurs are brewing at Hartford Flavor Company. It’s been in business for about three years now and already has its product in seven states including Connecticut.

The concept of Wild Moon Liqueurs didn’t start in the Hartford production facility, it started at home.

“I did the cranberry for Christmas gifts about, I want to say, eight years ago now, and then about six years ago, I became gluten-free and chemically intolerant to all of the additives in alcohol and I had to stop drinking. After about six months of no cocktails, I was like, gosh, life’s better with a cocktail. I remembered my recipe and went out into the garden and cut some lavender and made the lavender liqueur,” said Lelaneia Dubay, owner and Creatrix for Hartford Flavor Company.

She brought those to a holiday party that happened to have some industry people there, and that’s when the Dubays were told to make a business out of it.

“I was a little reluctant to get into the business because I’m already a landscape designer with a successful business, and I really didn’t want to change my life per se, but my husband Tom, talked me into it,” she said.

After going through research and development and about a year of paperwork, the Dubays opened Hartford Flavor Company. Right now, it has seven different Wild Moon flavors.

“I’ve taken the liquor concept and changed it, and made if flavor forward and made with the real thing, reduced the sugars and made it organic sugar and taken out all the chemicals, so there’s really nothing else like it on the market,” said Dubay.

You can find Wild Moon Liqueurs in local restaurants, major retailers and boutique stores. The goal is to expand the product line and launch in more states.

“There’s a lot of pressure on distribution, and so you really have to show off a great product, have a good story, have great packaging, put all the effort in, and still cross your fingers that hopefully it works as fast as you want it to,” said Tom Dubay, Hartford Flavor CEO and Wildlife Manager.

If you want to check out Hartford Flavor for yourself, you can find the hours for tastings and tours on their website.