MANCHESTER — The decal in the window is up at Silk City Coffee in downtown Manchester telling the thousand little runners of the Little Manchester Road Ra... 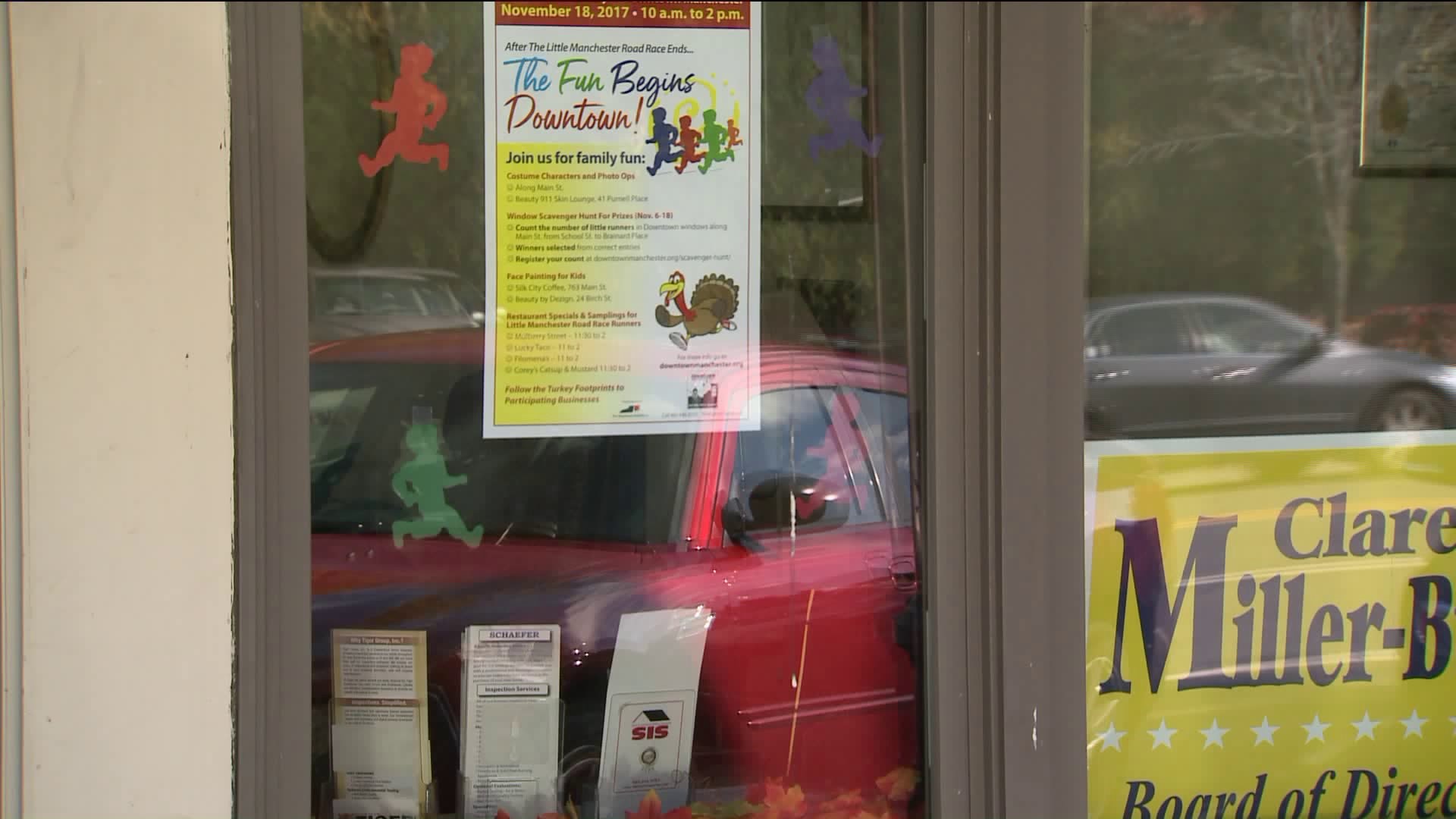 MANCHESTER -- The decal in the window is up at Silk City Coffee in downtown Manchester telling the thousand little runners of the Little Manchester Road Race that the shop is open for business and festivities.

“We’re going to be face painting kids’ faces throughout the morning on our front stage,” said Tammy Gerhard, one of the owners of Silk City Coffee.

That’s just one of the events happening on Main Street.

“We have costume characters, giant turkeys, that will be walking Main Street that will be a nice photo op and greeting for the people walking down. We have a window scavenger hunt,” said Tana Parseliti, who’s Downtown Manager for the Downtown Manchester Special Services District.

About 20 businesses have decals to be part of that scavenger hunt. But if dining is more your speed, four restaurants will be serving up specials.

“Some really fun restaurant specials that we’re calling bib specials. The Little Manchester Road Race runners can show their bib that they wear in the road race at four different locations and receive some wonderful sampling of treats,” said Parseliti.

The goal is to showcase downtown Manchester and what it has to offer. On Thanksgiving, thousands of eyes will be on downtown, but race organizers want that to happen even earlier.

“In an ideal world, people would participate with us in the Little Manchester Road Race, and then leave that event, and instead of getting in their cars to go home, they would instead walk up the sidewalks of the beautiful downtown Manchester and take part in all of the activities that are going to be happening on that day,” said Manchester Road Race Director Jim Balcome.

Of course, the theme will still be the race, and there’s also a fundraising aspect to help raise money for the life size statue of running legend Joe McCluskey that will be put up in Manchester.

“We do this little promotion called Joe for Joe where we ask participating restaurants to donate a portion of the coffee sales back to us,” said Lynn Sottile, who owns Schultz Design.

“We’re going to give back 50 percent of our drip coffee sales to that organization to build the statue,” added Gerhard.

It’s just a little way Silk City Coffee plans to give back to the community that embraced the coffee shop when it opened its doors a little more than a year ago.

“We love Manchester and love what they stand for, and I love the things they are trying to do to build that community feel and this is one of them. And so it’s an opportunity for people who might not already know downtown or have visited these businesses to come in and learn what we have to offer,” said Gerhard.