Members of Unite Here Local 34 and 35 say Yale proposed significant cuts to their long-standing contract at a time when the University received record endowments. 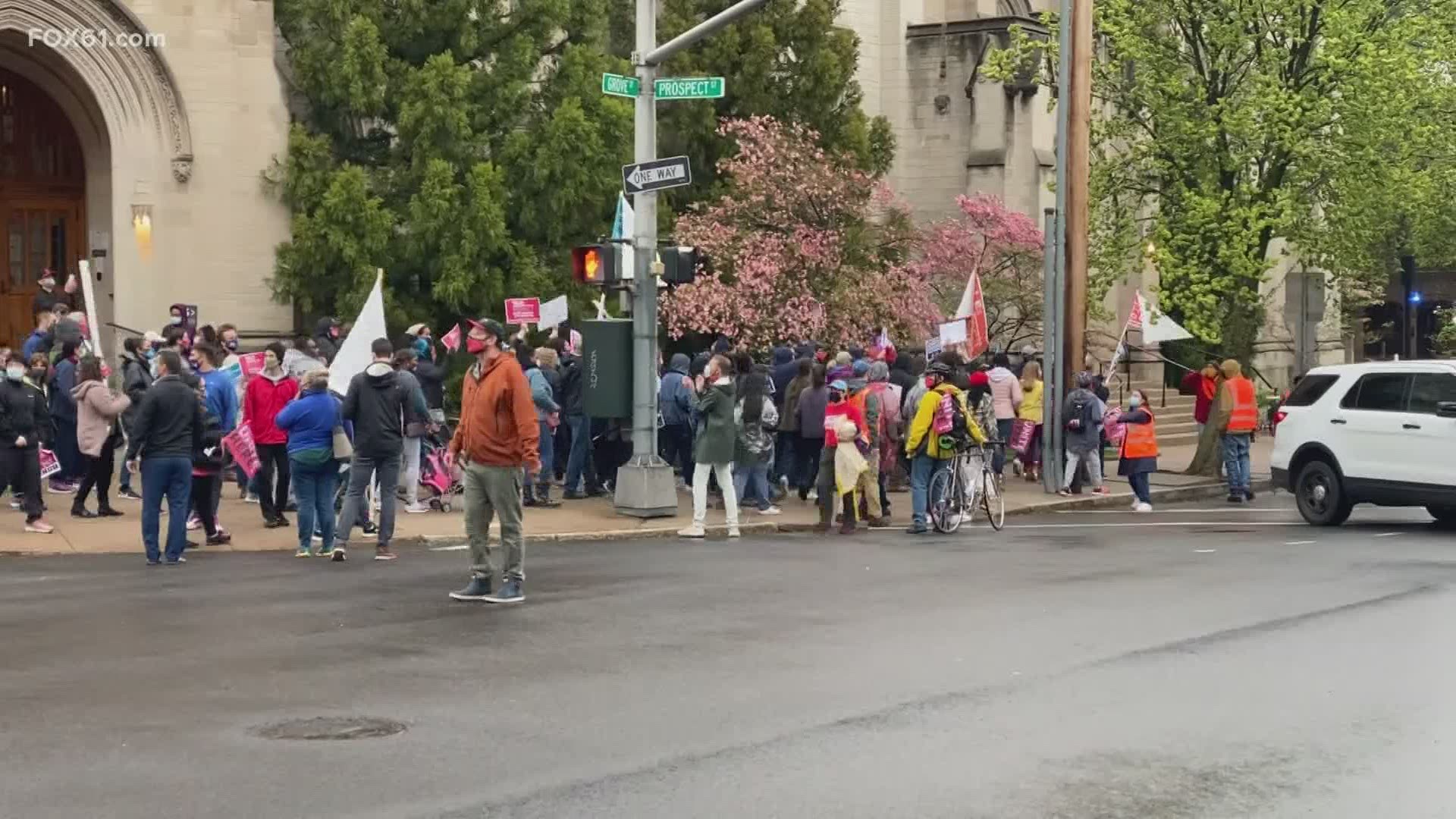 That push led hundreds of Yale University employees to the streets. They closed down Prospect Street for much of Thursday afternoon as Unite Here members called for fair and just contract negotiations.

Union members say Yale University's proposed cuts target lower labor workers like custodians and the dining staff the most. Members added during the height of the pandemic they put their health and their family's health on the line to ensure the university could safely welcome students to campus.

"One that ensures that people have the right to a quality of life and the right to one job," said Mayor Justin Elicker.

Yale University says they took extraordinary steps to insulate its staff from the economic impacts of COVID-19 including keeping everyone employed and offering hazard pay to on-campus staff.

They added that Union staff at Yale receive generous wages and a full benefits package that includes healthcare for the employee and their dependents, a pension, and a supplemented healthcare plan for retirees.

Yale says they remain committed to the hard work of settling fair contracts and fully intend to honor its commitment to New Haven hiring.

"The kids love us. We produce every day. We make sure that Yale looks good. They are world-renowned institution and it’s because of us," said Tyisha Walker-Myer

Contract negotiations between the two sides have been going on since April 2020. Union reps say if they don’t come to an agreement by the end of the year, they will be willing to take their rallies to the next level.