Malls install new policies for juveniles after series of brawls

MILFORD – Even after a series of brawls broke out the day after Christmas involving hundreds of teens, shoppers are flocking to the stores, returning gift... 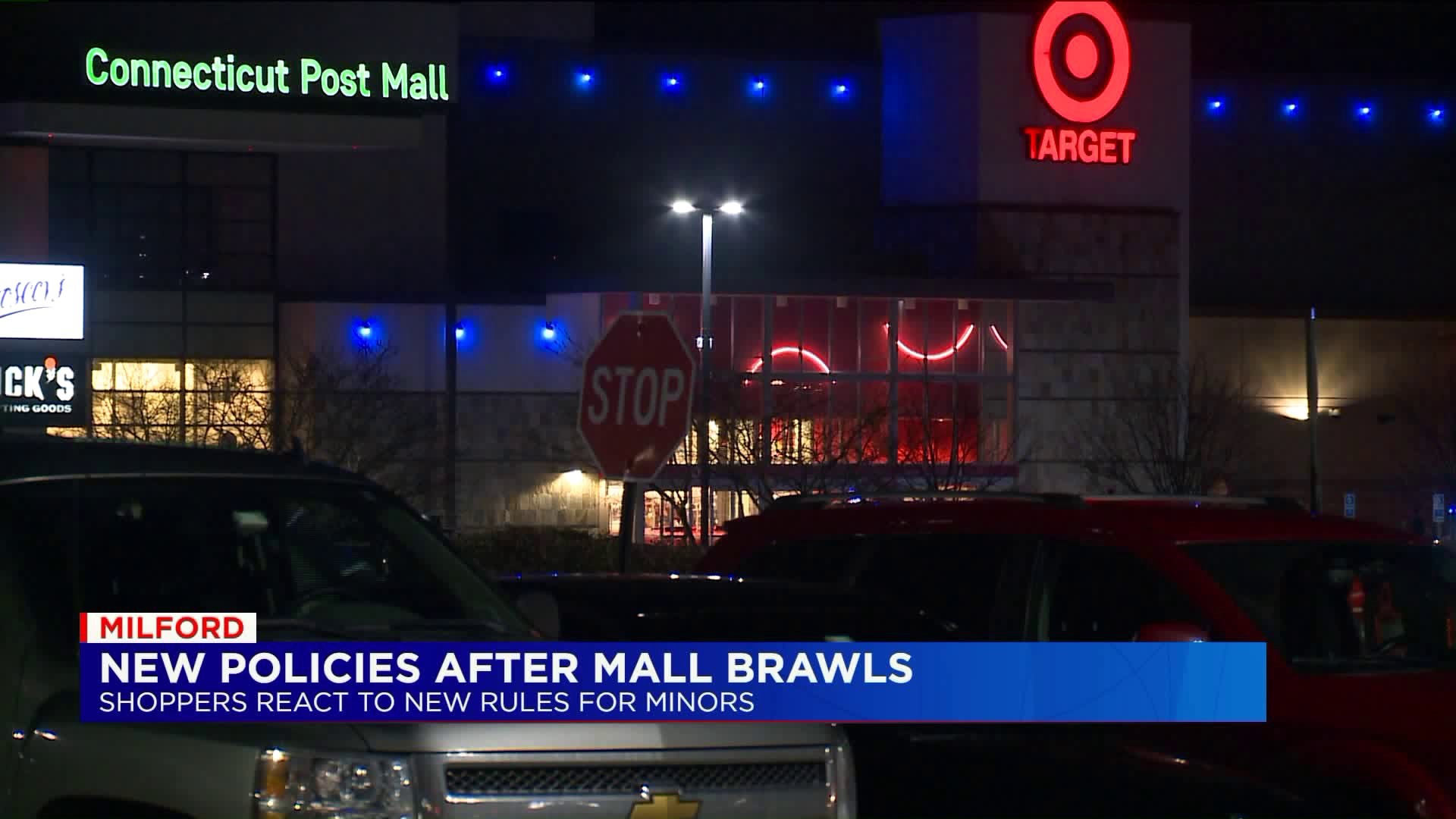 MILFORD - Even after a series of brawls broke out the day after Christmas involving hundreds of teens, shoppers are flocking to the stores, returning gifts and looking for after-Christmas deals.

This is the third year in a row Connecticut malls have seen these large scale fights just after Christmas. Malls affected by the disturbances are starting to implement policies for minors, causing debates among patrons.

Saturday night was busy at the Connecticut Post Mall, but amidst the post-holiday shopping, there's still concern about safety in the air. A new policy was implemented requiring any minor to be with an adult from 1pm to close. The mall also said anyone under 21 should be prepared to show a photo I.D.

Chris Guyette of Meriden found out about the police first-hand. "We were walking out of GameStop and two officers or two cops just came literally out of nowhere, we didn’t even see them, and demand it to see our IDs, saying 'how old are you' and I said 'I’m 19.'”

This policy wasn’t in place the day after Christmas when hundreds of teens shut down the post mall after getting into a large brawl. Similar fights were seen in West Farms in West Hartford and the Westfield Mall in Trumbull. Seven arrests of minors and adults were made in total.

A spokesperson for Westfield Malls says the policy is enforced by mall security. While there are private-duty police on-premises, they'll only enforce laws, not mall rules and policies. But if someone violates mall policy and refuses to leave, police may get involved to charge them with trespassing or other crimes.

Buckland Hills Mall in Manchester and Brass City Mall in Waterbury already had such policies for minors in place.

People like Chris say they don’t agree with the new rules. "I think kids should be able to go to the mall basically whenever they want, I mean it’s kind of a social environment there and they shouldn’t really restrict them. It’s obviously after Christmas - some people are back home from break so they want to be out with their friends and family at the mall.”

Some disagree saying people need to be held responsible. “I think there should be a curfew, safety as far as the kids making sure the parents know where they are," said Tasheka Koki of Stratford. "I’m all for it. Anything to keep us safe and to keep them accountable for their actions.”

Tasheka thinks its time for more parental involvement to deter future fights. "We need to get in touch with our teenagers as far as knowing what they’re doing and being more involved with them and also we need to have something in our towns that deter them or have a program for them for teens.”